Skip to content
Don’t miss our display of rare and antiquarian books from the collection in the Archives and Local Studies Centre for National Libraries Day. Some of these books were purchased by Dagenham’s Chief Librarian, John G. O’Leary before 1965. Others were donated by the Fanshawe family together with their portraits and archives in 1963. 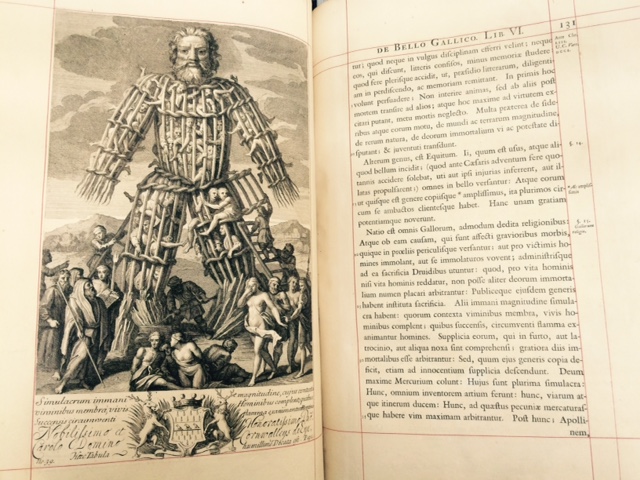 Among the books on display we have C. Julii Caesaris quae extant, Julius Caesar’s works [in Latin], edited by Samuel Clarke and published by Jacob Tonson in 1710. This book is best known for its illustrations, including detailed battle scenes. There are also images of people conquered by the Romans, representing them as savages. The ancient Britons are depicted with elaborately painted bodies and horrific customs such as human sacrifices inside a giant Wicker Man. Do you think this was true or just Roman propaganda?
Font Resize
Contrast
Accessibility by WAH opens in a new window