Small black and white stipple engraving of a young woman turned to her right. She wears a deep square necked gown of dark material, with a white transparent garment underneath which has a wide collar trimmed with lace. Her brown shoulder length hair is worn loose in curls and is dressed with flowers. Set on a dark, plain background within a feigned oval frame. Mounted in cream paper. 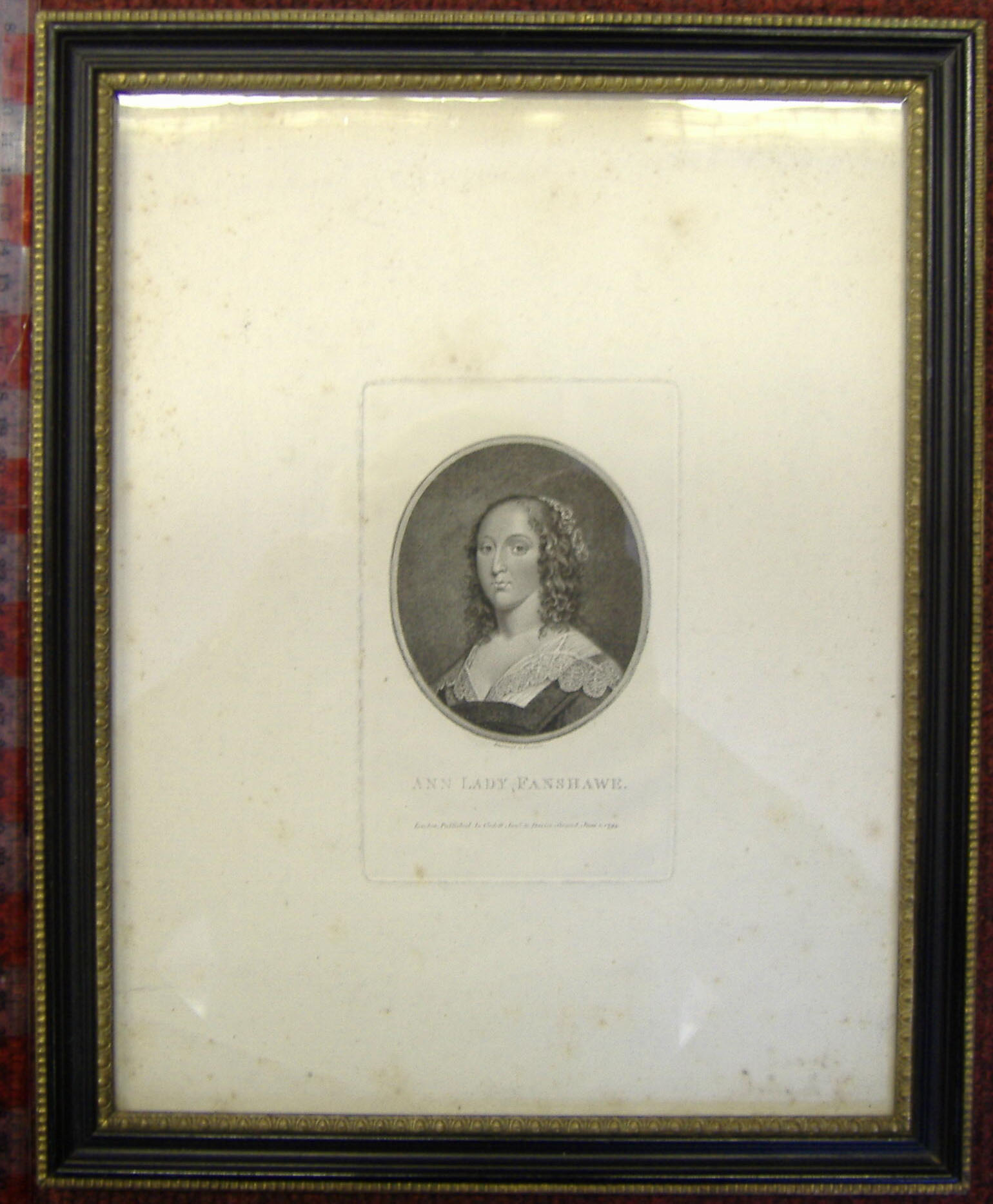