Large fold-out coloured poster which show a 3D schematic of of the turbin house, with an accompanying 35 point legend. Plus a small plan of the site layout, with a 23 point legend.

Large coloured poster on glossy white paper. The majority of the paper is taken up with a grey toned 3D schematic of the turbine room at the Power Station. In the bottom left hand corner is a small brown toned 2D plan of the site. Information on the site, some key facts and the legends to the diagrams are contained in the left hand half of the poster. 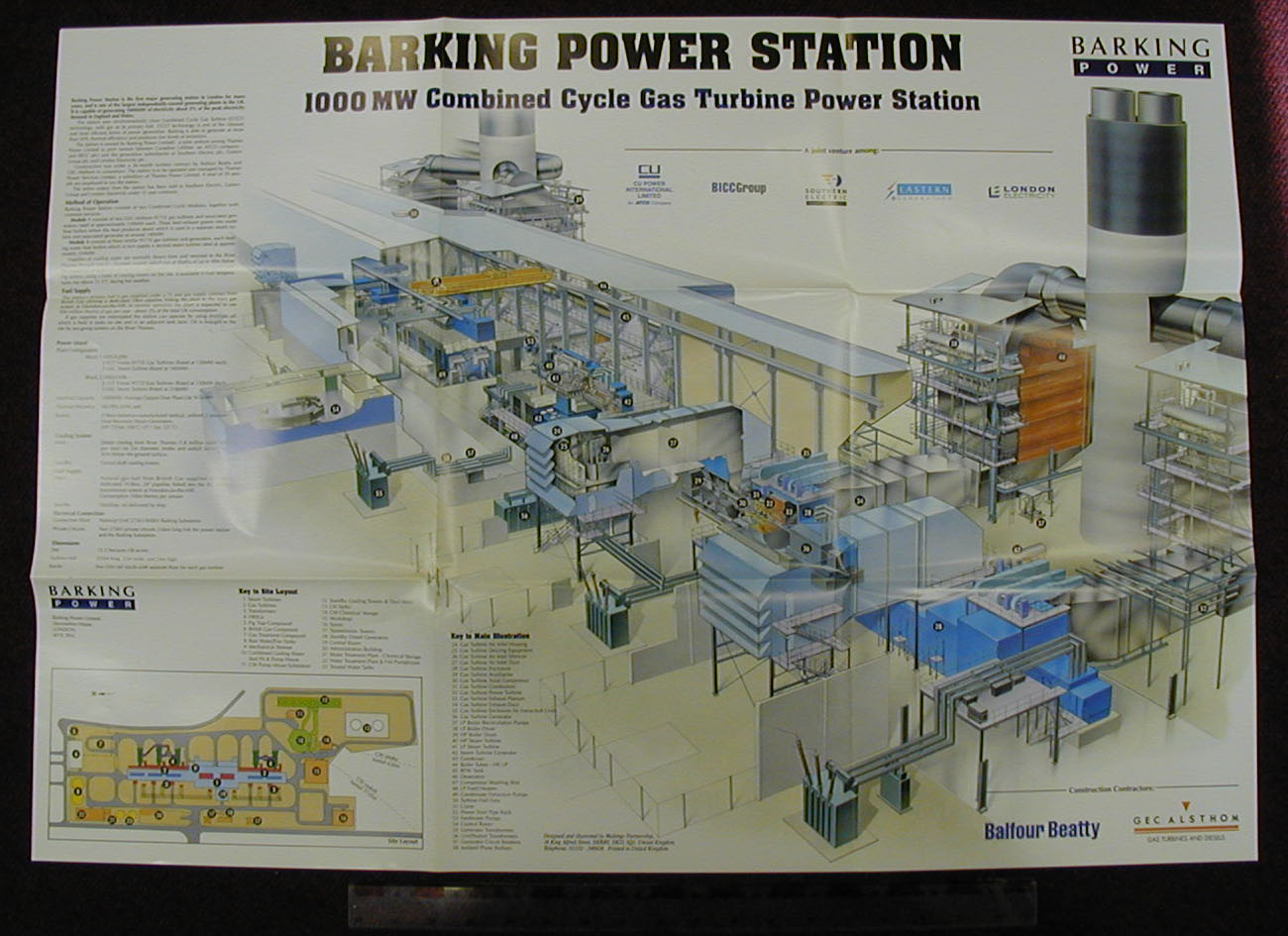