Large black and white photograph showing an industrial scene. The photograph has been taken at an angle. The top quarter of the image shows the River Thames with some barges and boats. The bottom three quarters of the picture shows Barking Power Station and its associated roads and buildings. 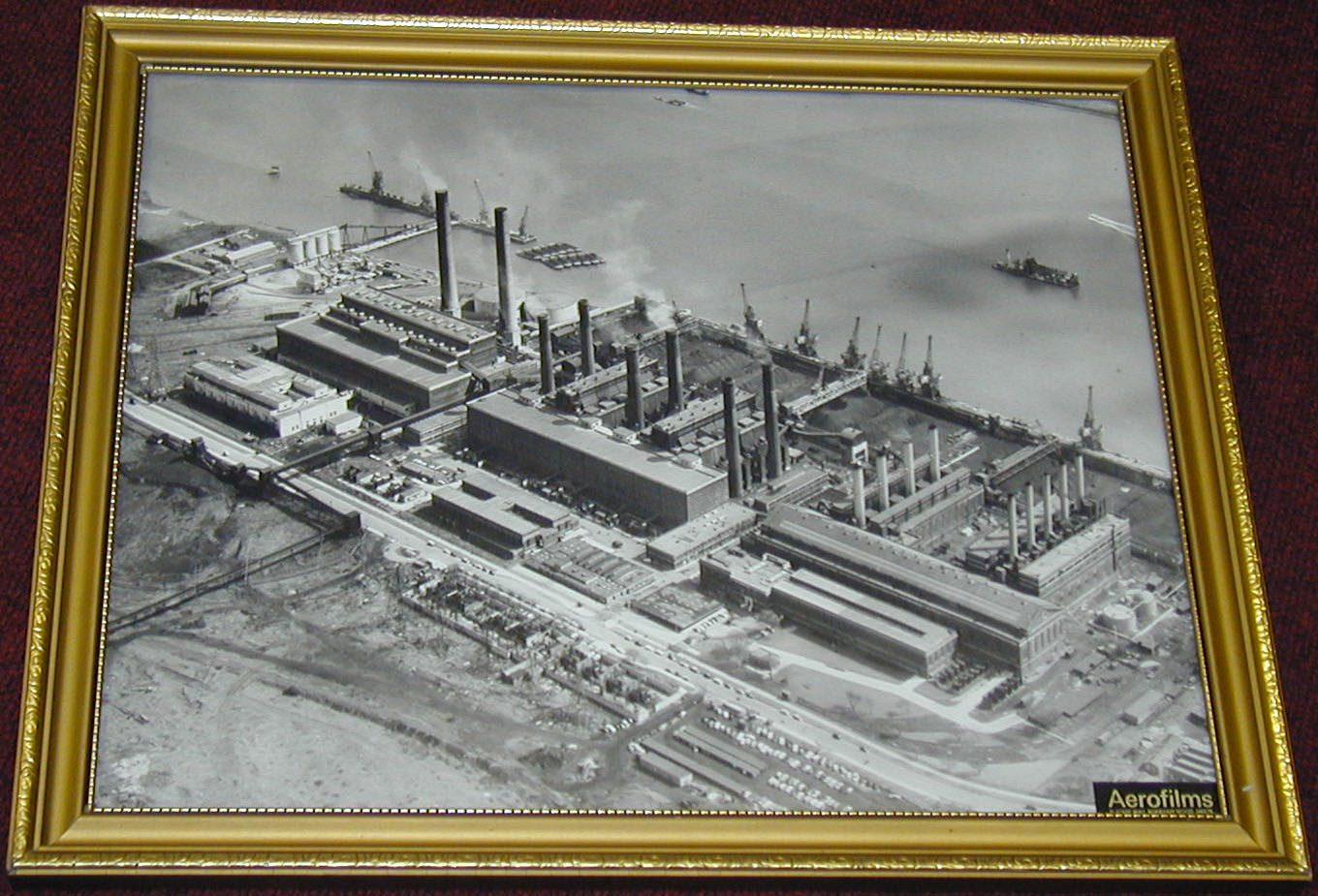