Small coloured photograph of an industrial scene. The lower half of the picture contains the foreground, which is in silhouette with just a few details visible in the fading light. The details visible are a shed roof in the lower right corner, factory buildings in the centre foreground with cranes and hills behind. The top half of the photograph shows a lightly cloudy sky coloured pink and purple by the sunset. 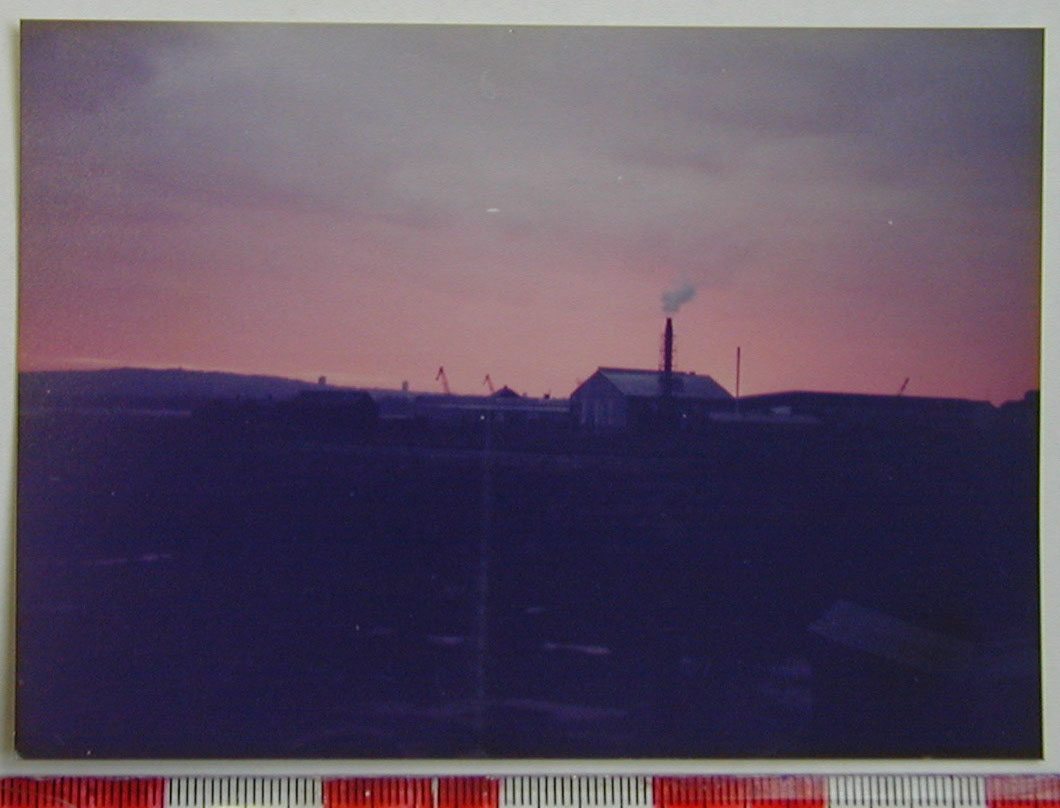