Small coloured booklet advertising Barking Power Station. Has a fold out section at the back that presents key facts to the facility and shows the same 3D schematic of the turbine room and site plan as LDVAL 2005.17.4.

Small coloured booklet showing a view of the power plant from across the Breach. Page 1: Barking Power; Page 2: Barking Power and the Environment; Page 3: Making Electricty from Gas; Page 4: The Gas Turbine and The Combined Cycle; Page 5: Key Facts; Page 6 & 7: fold out section with diagrams. 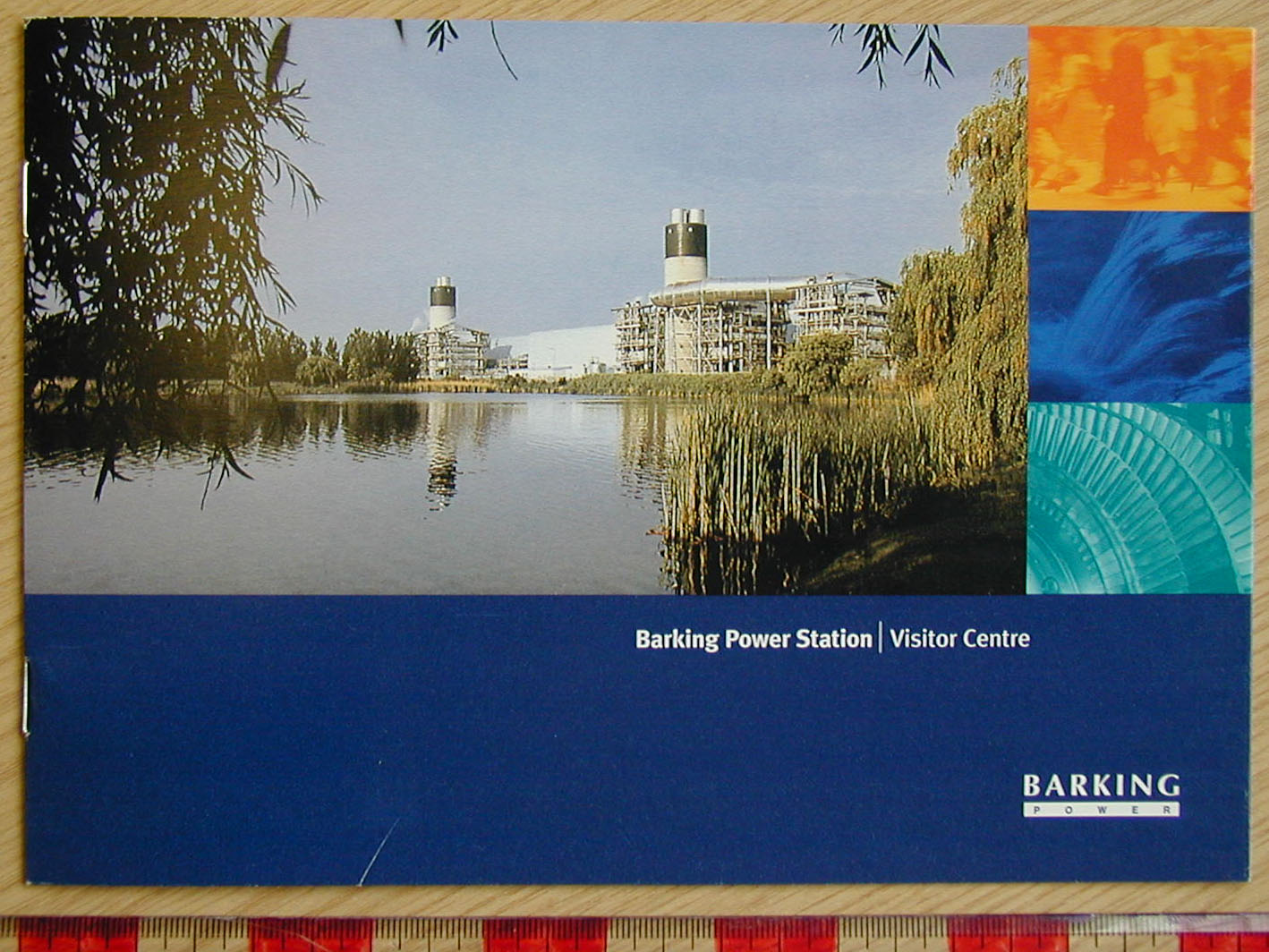