A red and green stuart tartan, below the knee, pleated kilt. 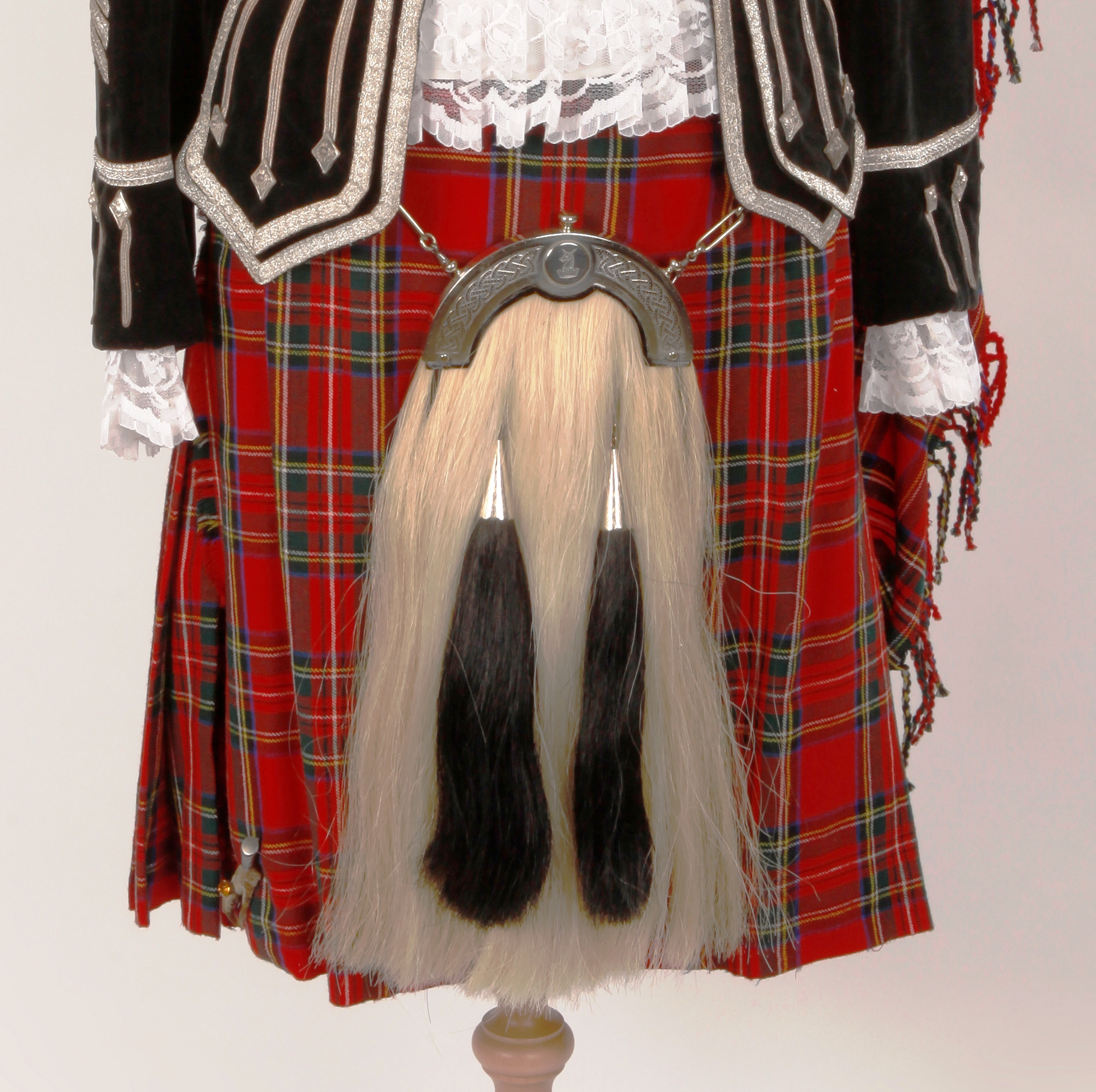