Award presented to Victor Wakeling for his work with the WRVS and the Troops in Northern Ireland from 1977 to 1989.

Small silver trophy of a freestanding, fully uniformed soldier. He stands with his left leg forward and is holding a rifle upright in his right hand. It stands on a silver base bearing a dedication of the Royal Coprs of Transport and the ensignia of Elizabeth Rigina. All set on a solid grey marble base.

Inscription Engraved On plaque on base: PRESENTED TO V.A. WAKELING FOR ALL YOUR KIND WORK FROM WRVS AND THE TROOPS IN NORTHERN IRELAND JUNE 1977 – FEB 1989 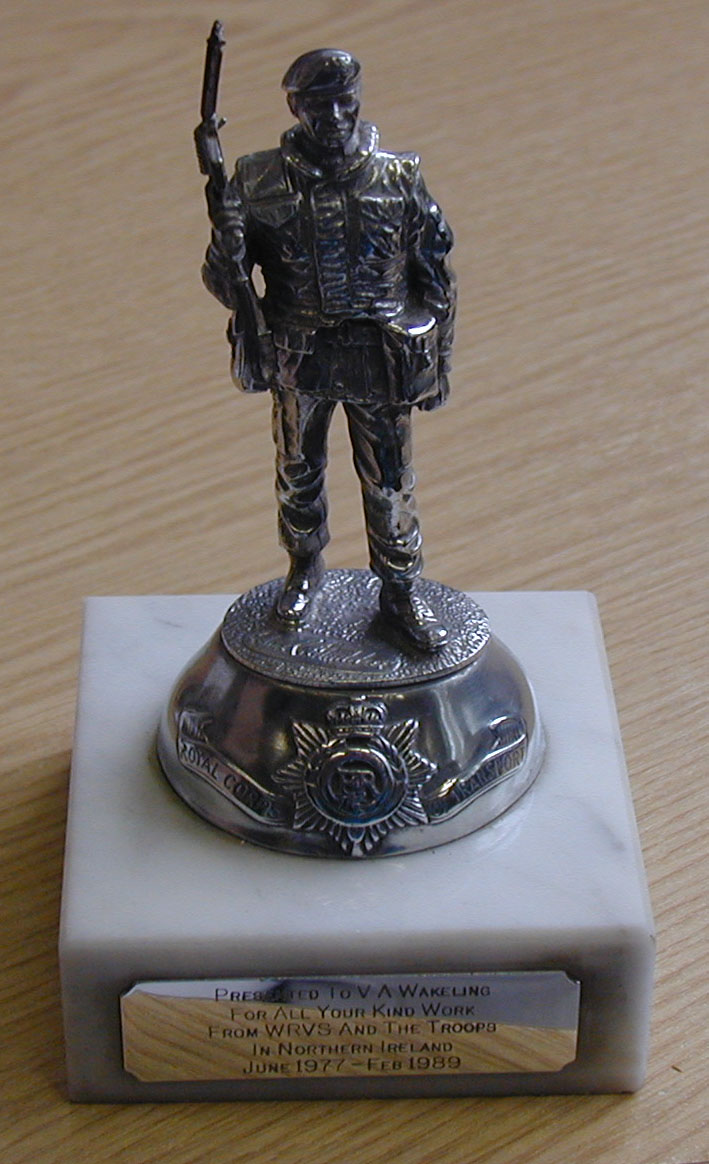 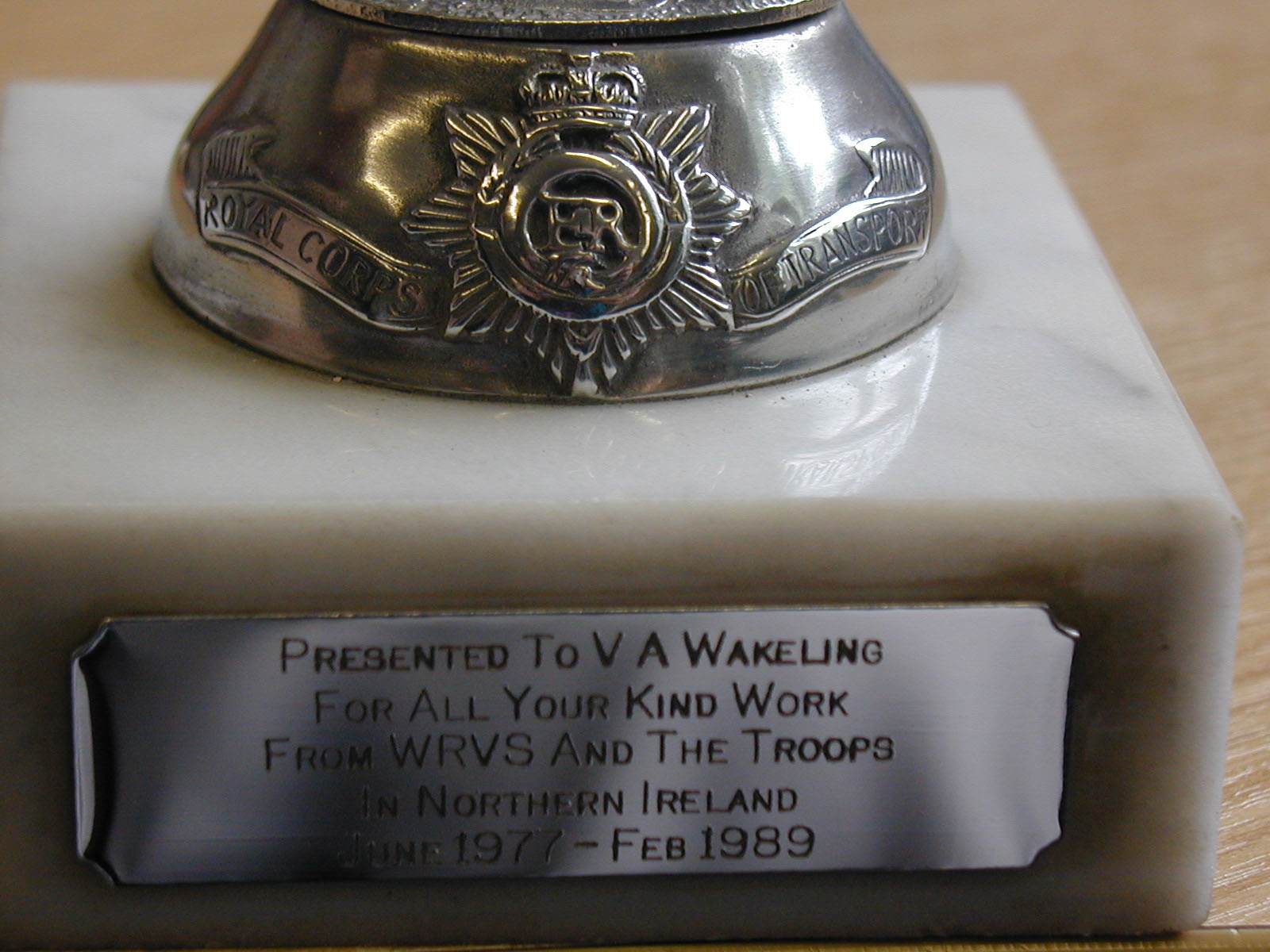 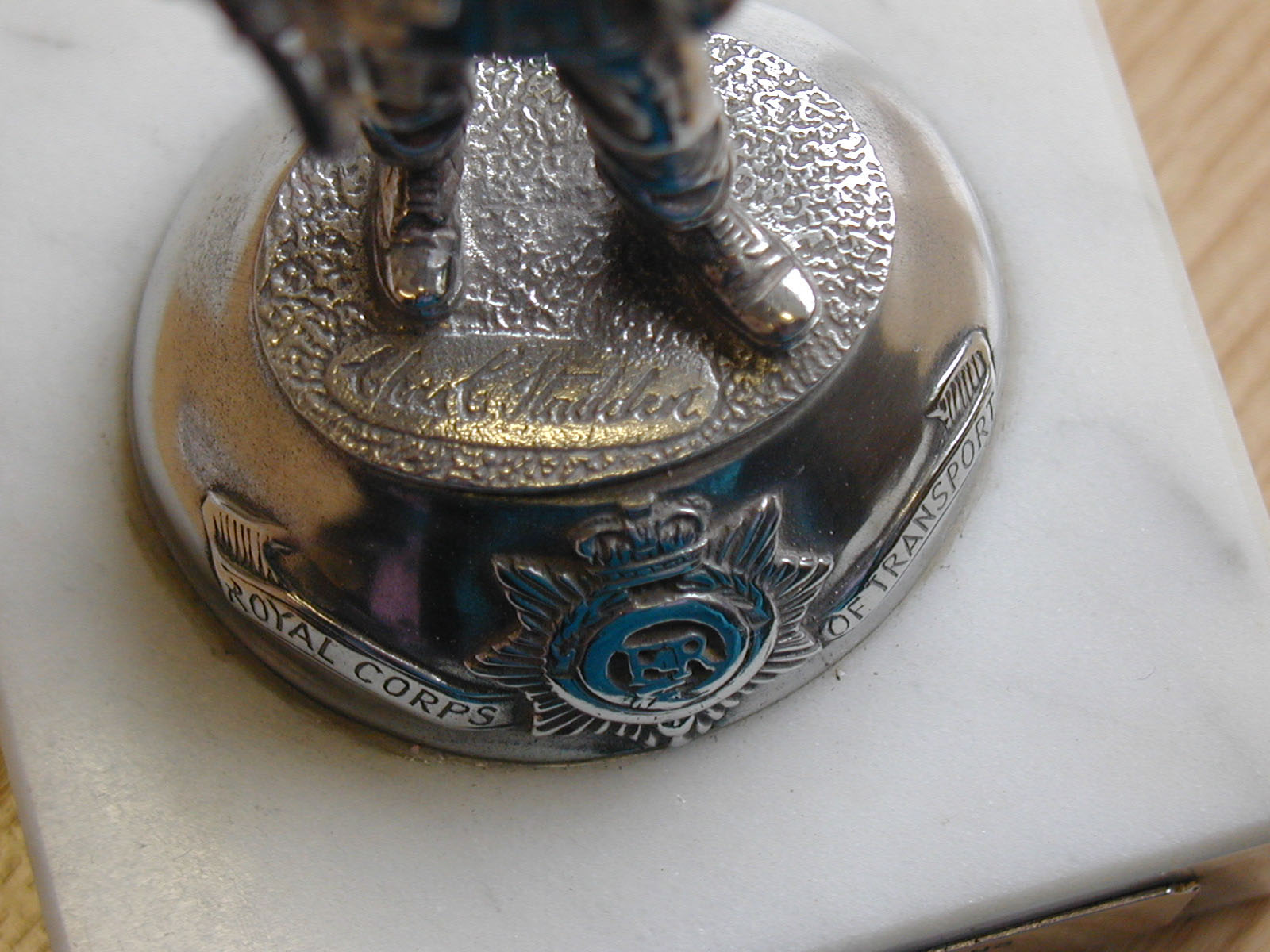 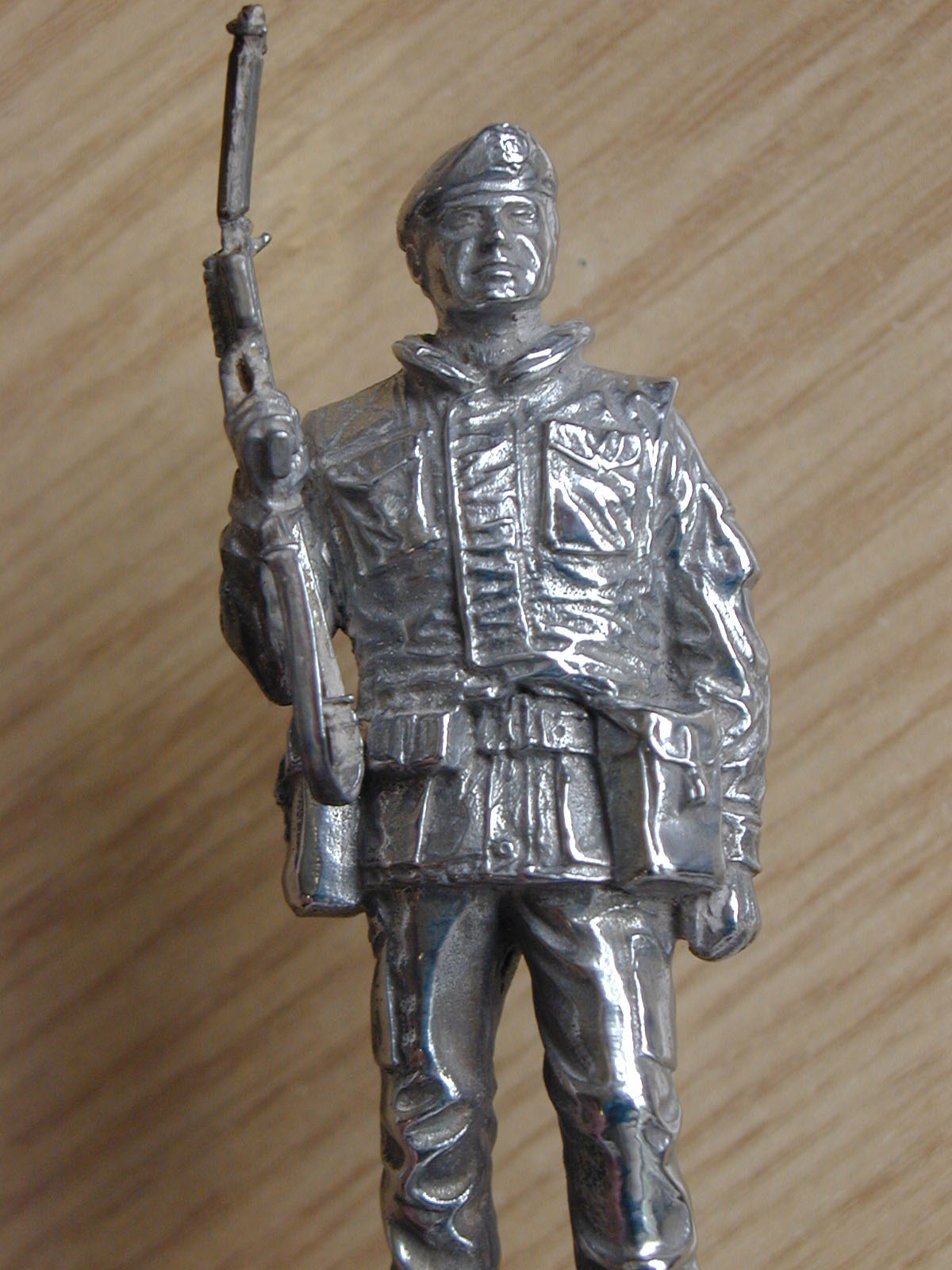