Letter dated 6 May 1989 to Mr Victor Wakeling from colonel M J Strudwick, Northern Ireland headquaters. Colonel Strudwick writes to thank Mr Wakeling for all his work. For 12 years Mr Wakeling spent all his free time collecting books, games and puzzles to be sent to British troops in Brunei and Northern Ireland. He began in 1976 after his brother-in-law returned from a tour of duty with the Air Force and complained how short of books, playing cards, games etc, troops were while serving abroad.

Typescript letter on a single sheet of pale green A4 paper. The letter is typed on headed paper. The salutation and signing-off are handwritten in black biro.

Inscription Typed On front: From: Colonel M J Strudwick ACOS G1/G4 Headquarters Northern Ireland British Forces Post Office 825 Tel: Lisburn 5111 Ext 42415 Mr V A Wakeling 25 Bradfield Drive Barking Essex 6 May 89 Dear Mr Wakeling, I am writing on behalf of all ranks in Northern Ireland to thank you for your sterling efforts over the last 12 years in collecting so many books and puzzles for the servicemen and women who serve here. It is much appreciated from two different angles. Firstly, the books and puzzles themselves have been much appreciated over the years and lightened many a dreary hour for the boys and girls. Secondly, the fact that individuals such as yourself are willing voluntarily to give up their free time in order to help with the welfare of troops in Northern Ireland in such a positive fashion. I understand that you are retiring in the near future and would like to take this opportunity to wish you well for the future and thank you again for past good work on behalf of the troops here in Northern Ireland. With best wishes from us all, Yours sincerely [signature] 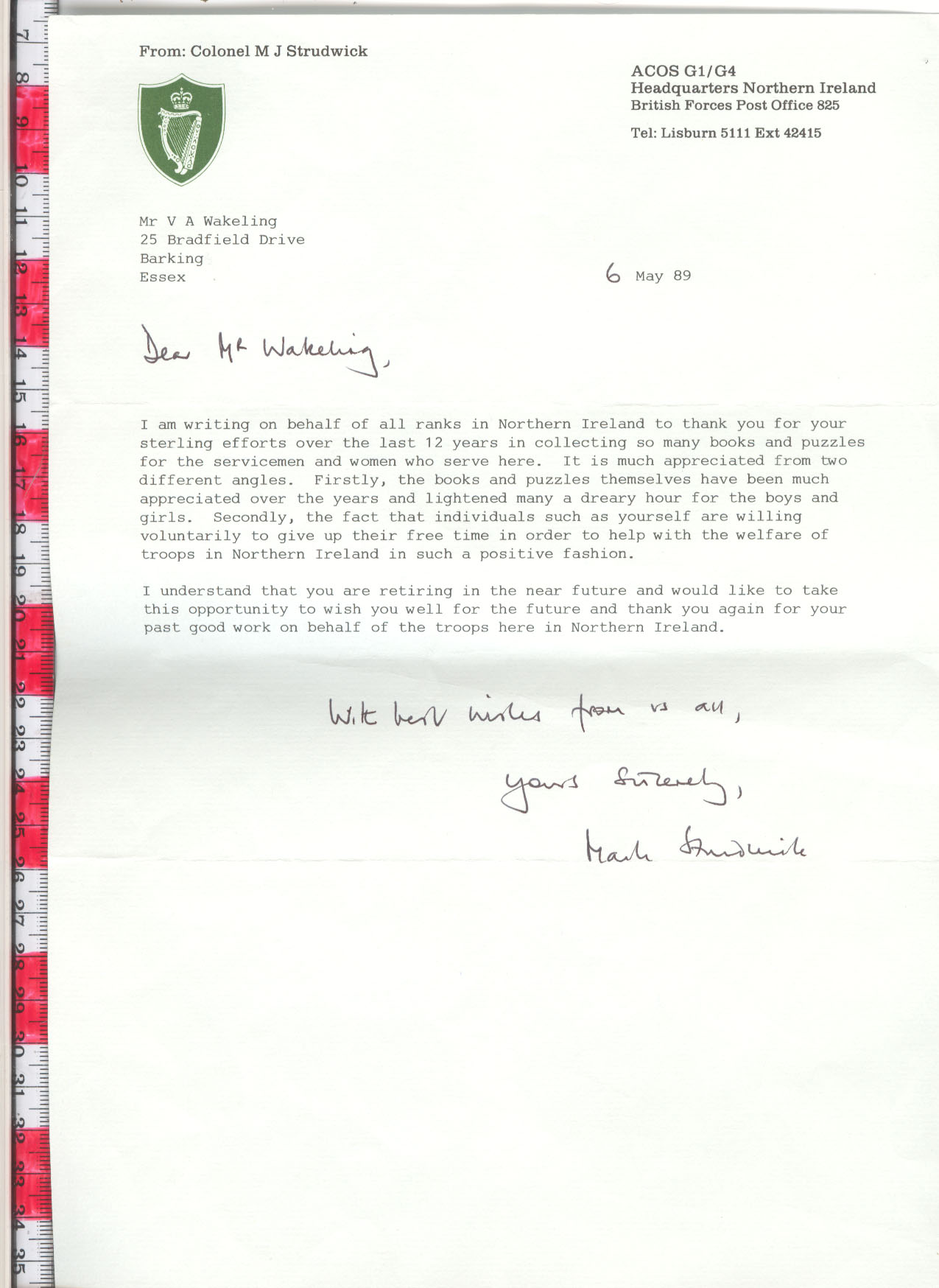