Handwritten letter dated 6 January 1986 to Mr Victor Wakeling from DM Pratt, TTB. Mr Pratt writes to thank Mr Wakeling for all his work. For 12 years Mr Wakeling spent all his free time collecting books, games and puzzles to be sent to British troops in Brunei and Northern Ireland. He began in 1976 after his brother-in-law returned from a tour of duty with the Air Force and complained how short of books, playing cards, games etc, troops were while serving abroad.

Inscription Typed On front: From: D M Pratt Training Team Brunei Medicina Lines Seria BRUNEI British Forces Post Office 11 Tel: Seria 24101 6 January 1986 Dear Mr Wakeling I have received today a large consignment of parcels from Miss Jones, WRVS. She had no idea of who had sent the or for whom they were intended as she had only opened a parcel to find out the contents, and so prior to your letter she had no knowledge regarding the disposal of the books and everything. However, all is now settled and I wish to thank you on behalf of of [sic] our soldiers for the time and trouble you obviously go to in sending these and in their collection Brunei does not have a great deal to do; paperbacks are very limited and prohibitively expensive, £5 - £7 each! I am a temporary replacement as Adjt of TTB. Charles as moved on to bigger and better things and the next offer nominated, Captain Mike Complin, arrives here in March after which I depart back to my normal job as a troop commander in Hong Kong, being a subaltern on my first tour. Again may I say many thanks; having been in Brunei just 3 weeks I already understand the need for entertainments out here – even the weather is unremarkable! Yours Aye [signature] 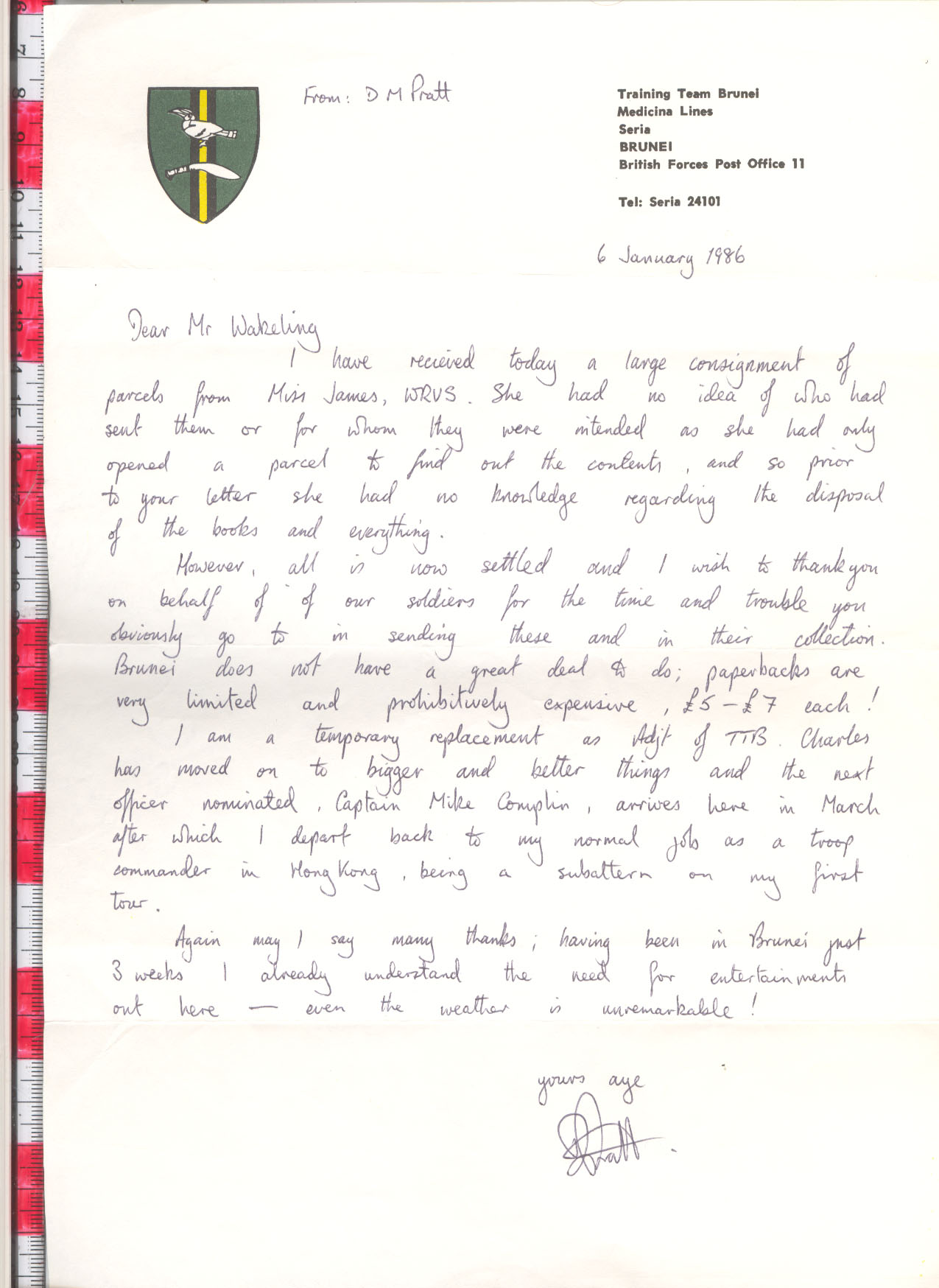