Letter dated 23rd September 1991 to Mr Victor Wakeling from Gaye Thomas. Barking and Dagenham Home Library Service. The letter thanks Mr Wakeling for his work in collecting books for the service.For 12 years Mr Wakeling spent all his free time collecting books, games and puzzles to be sent to British troops in Brunei and Northern Ireland. He began in 1976 after his brother-in-law returned from a tour of duty with the Air Force and complained how short of books, playing cards, games etc, troops were while serving abroad.

Typescript letter on a single sheet of cream A4 paper. Signed in red pen.

Inscription Typed On front: 23 September 1991 Dear Mr Wakeling. Many thanks for your contribution to the book stock of the Home Library Service, you have made my job of book selection a lot more successful, as I have often in the past had to scour the shelves looking for something which even vaguely resembles ‘thin’, but paperbacks certainly are and so this is a problem solved. The Home Library Service continues to offer an endless variety of people whose names I can never remember,(who said librarians had good memories!) and is a very interesting field to be specialising in. My previous employment was running numerous Patients’ Libraries in North London and this is quite different, as there is more one-to-one contact and thus I can utilise my one major skill which is yapping, yes, once set going I find it remarkably difficult to stop. The same can be said for letter writing! I thought you might be interested in some statistics which relate to the Patients’ [crossed through] (whoops!) Home Library Service; at present we provide calls to 667 households a month, and when one considers how many books that means, when the average person requires 8 a call, we would seem to keep the publishing industry in business all on our own. It’s backbreaking work but also fascinating. Thank you once againfor [sic] your contribution, another letter will be winging it’s way to you shortly. All the best Gaye 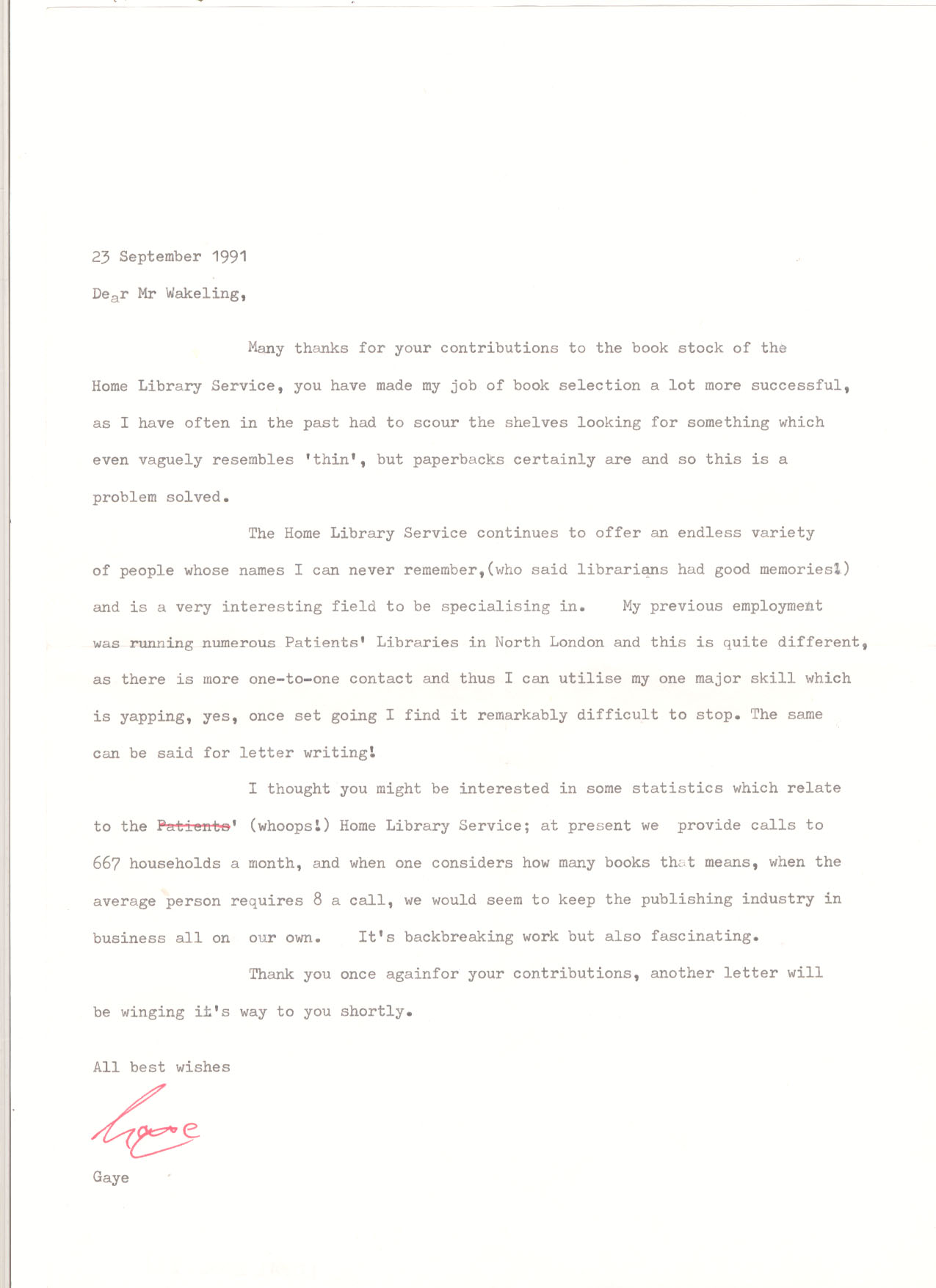