Large 3/4 length portrait of sitting man, turned to the left. In his left hand he holds some paper (symbolising him as a man of letters), on his lap is a black and white greyhound dog (symbolising his loyalty to King Charles II), under his chair is a theatrical mask (symbolising his love of classics) and in the background are twisted columns of Solomon symbolising his wisdom. He is wearing a pale blue silk doublet which is open at the waist to show the white lace edged undershirt beneath. It has fitted sleeves which stop short of the wrist showing the cuff of his shirt. The doublet is lined with red silk, which is visible at the slit in its cuff. He is wearing a white lace edged linen falling band. His breeches are not visible, but is wearing red stockings. He has chin length curly brown hair, and a moustache and small pointy beard below his lower lip.

Collins Baker describes this as ?a handsome piece, both in design and colour, the black and white of the hound admirably foiling the blue silk doublet....Van Dyck's influence predominates, especially in the folds and wrinkles on the sleeve; the hand is less Van Dyckian. In the eyes we see one of Dobson's marked characteristics, an expression I can best describe as dog-like. The painting is smooth and evenly thin, quite unlike the granular quality of Dobson's later pictures...This portrait clearly shows how fine was Dobson's sense for arrangement; in its spacing and severe silhouettes, in its breadth and large planes, it compares with the best designs Van Dyck made in his English period.? Collins Baker and Constable, in their joint work, considered this to be ?the most handsome portrait by Dobson known to us?. H.C. Fanshawe, who reproduces the portrait in his family History, describes ?The God Alpheus...in the background emerging from the river Alpheo, as he appears in the frontispiece of the 2nd edition (1648) of Sir Richard's translation of Guarini's Pastor Fido. The mask, representing the drama, is introduced at he foot of the picture?. 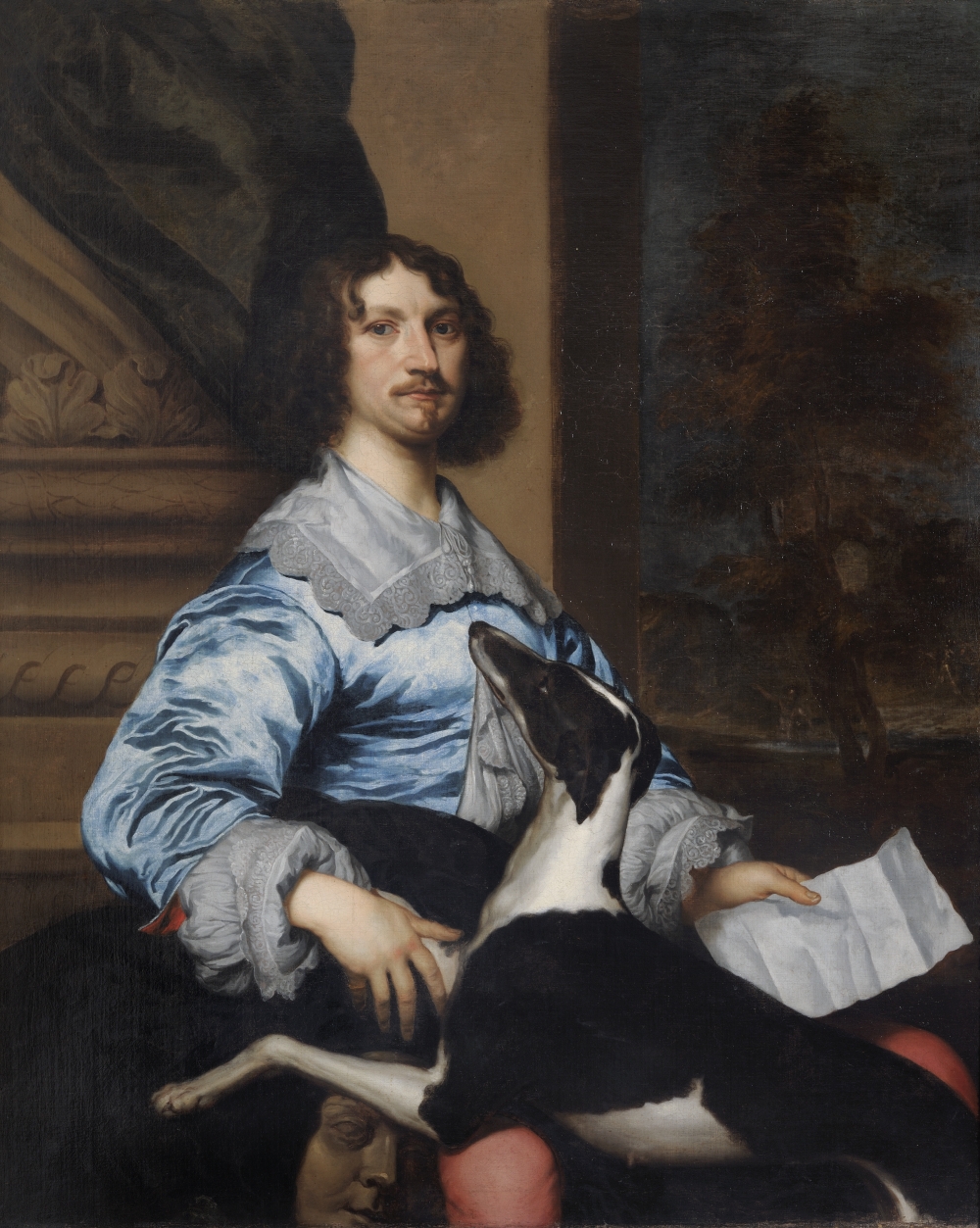