The Defence Medal 1939-1945. The medal was instituted in May 1945 to recognise non-operational service from the outbreak of war (3 September 1939) to V.E. Day (8 May 1945) in Europe and to V.J. Day (2 September 1945) overseas. The qualifying service periods were 180 days in overseas areas subject to air attack or other close enemy threat, 360 days in other overseas areas and 1,080 days in the U.K.. For mine and bomb disposal personnel overseas, the qualification period was 90 days.
Awarded to Mr G. Hagon of Alibon Road Dagenham Essex, born 29th November 1903 and died 1970. Mr Hagon worked at the docks and lived in Canning Town, he later moved to Dagenham when his house was bombed. Mr Hagon fought under an unknown infantry and then went onto be involved with Reme Recovery. His bases included the desert, Italy and then finally Germany.

Circular cupro-nickel medal with claw and ribbon bar suspension; the face with the head of King George VI facing left, circumscribed ‘GEORGIVS VI D : G : BR. OMN : REX F : D ; IND : IMP. (George VI by the Grace of God King of Great Britain, Defender of the Faith, Emperor of India), signed ‘HP’; the reverse with a crowned oak sapling with lion supporters, wavy lines representing the sea below, dated ‘1939’ and ‘1945’ upper left and upper right respectively, inscribed below ‘THE DEFENCE MEDAL’. The Ribbon is flame coloured with green edges, upon each of which is a narrow black stripe. 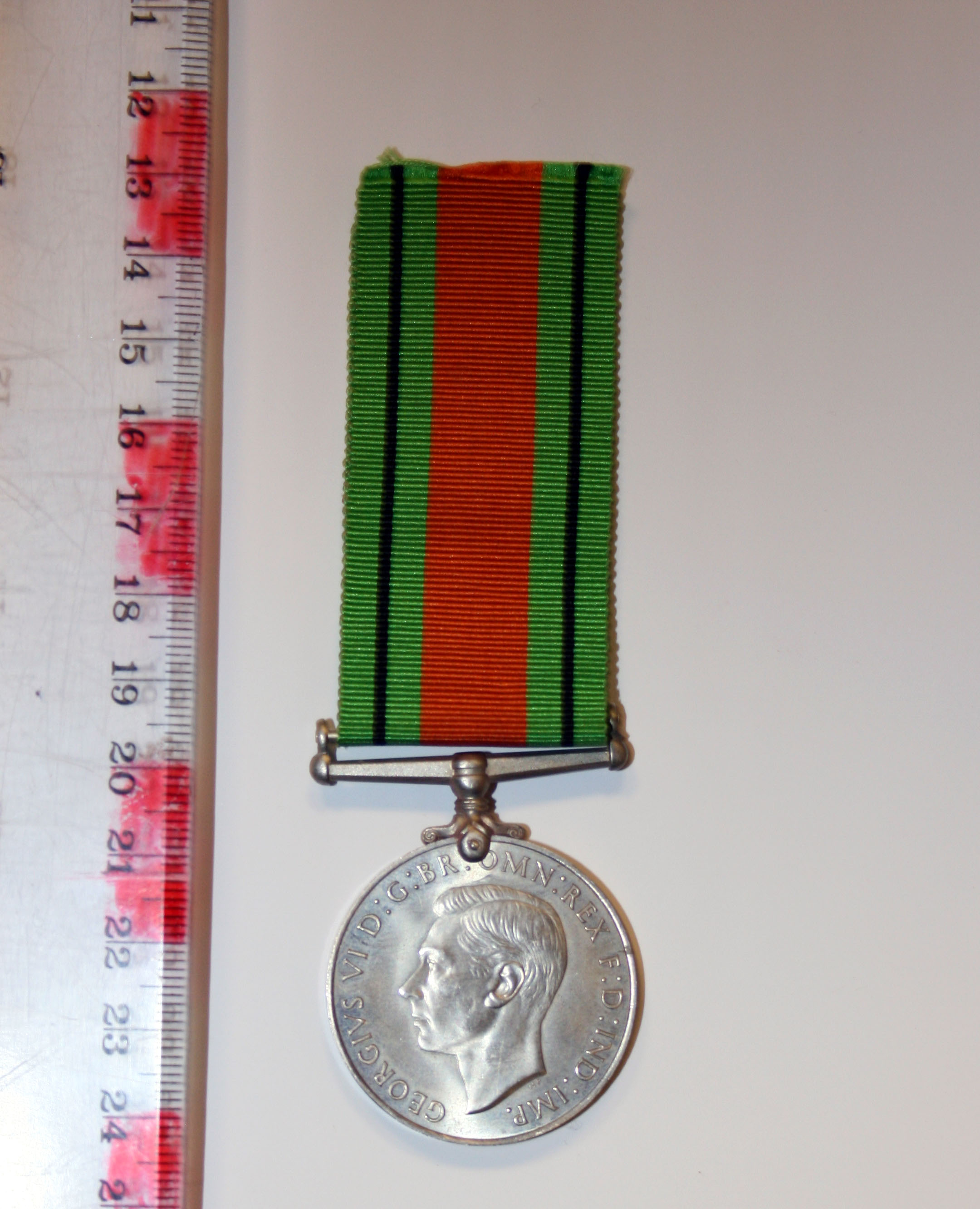 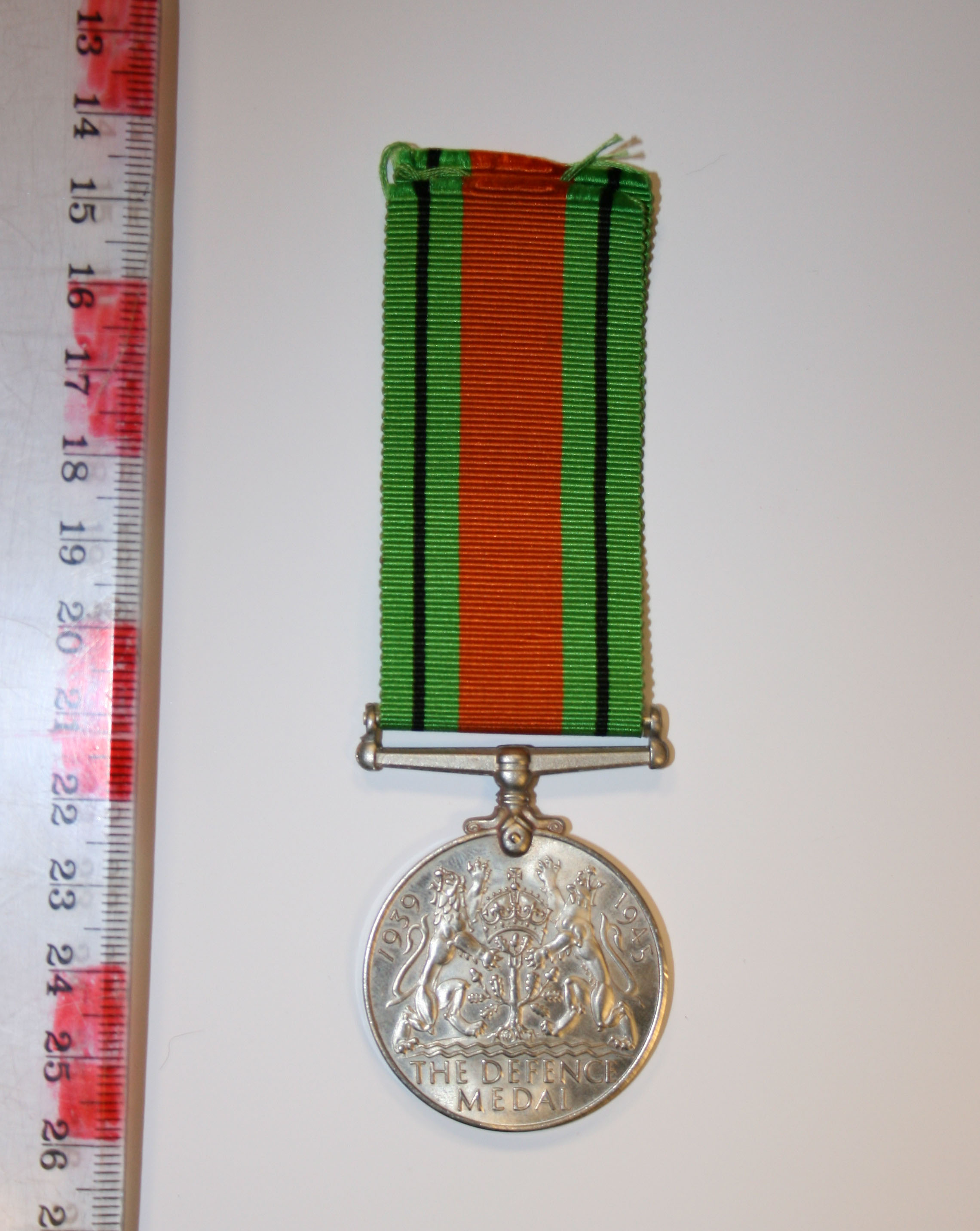