Bust length portrait of a man turned to his right. He is wearing a plain, dark blue/black coat, at the neck of which has crimson waistcoat underneath can be seen. He is also wearing a broad white collar, which sits over the collar of his coat. He has a thin strip of grey beard under his lower lip, running down to his chin. He has thinning, collar length brown hair. Set on a plain, dark background. 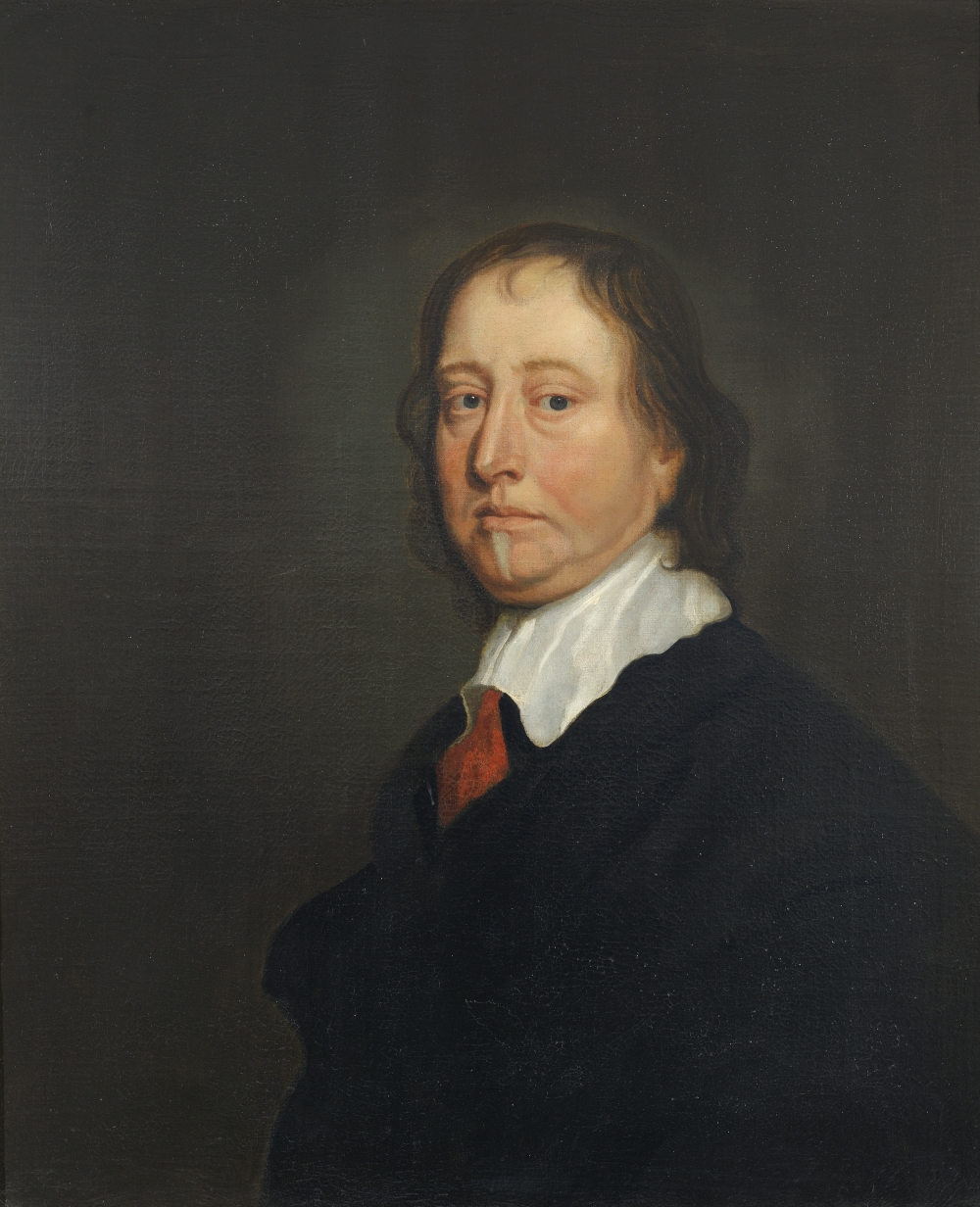