Tug and lighter off Greenwich

Mounted and framed coloured photograph showing a boat on the Thames. In the background can be seen a hospital (unknown). Image viewed from Island Gardens. Boats are moving from left to right across the picture. One of boats shown is?General VIII? which was the most powerful and modern on the river atthe time.

Inscription Written On reverse of frame: Towing swim headed barge to be rowed in Transport on water Barge Race, Greenwich to Westminster, 1975 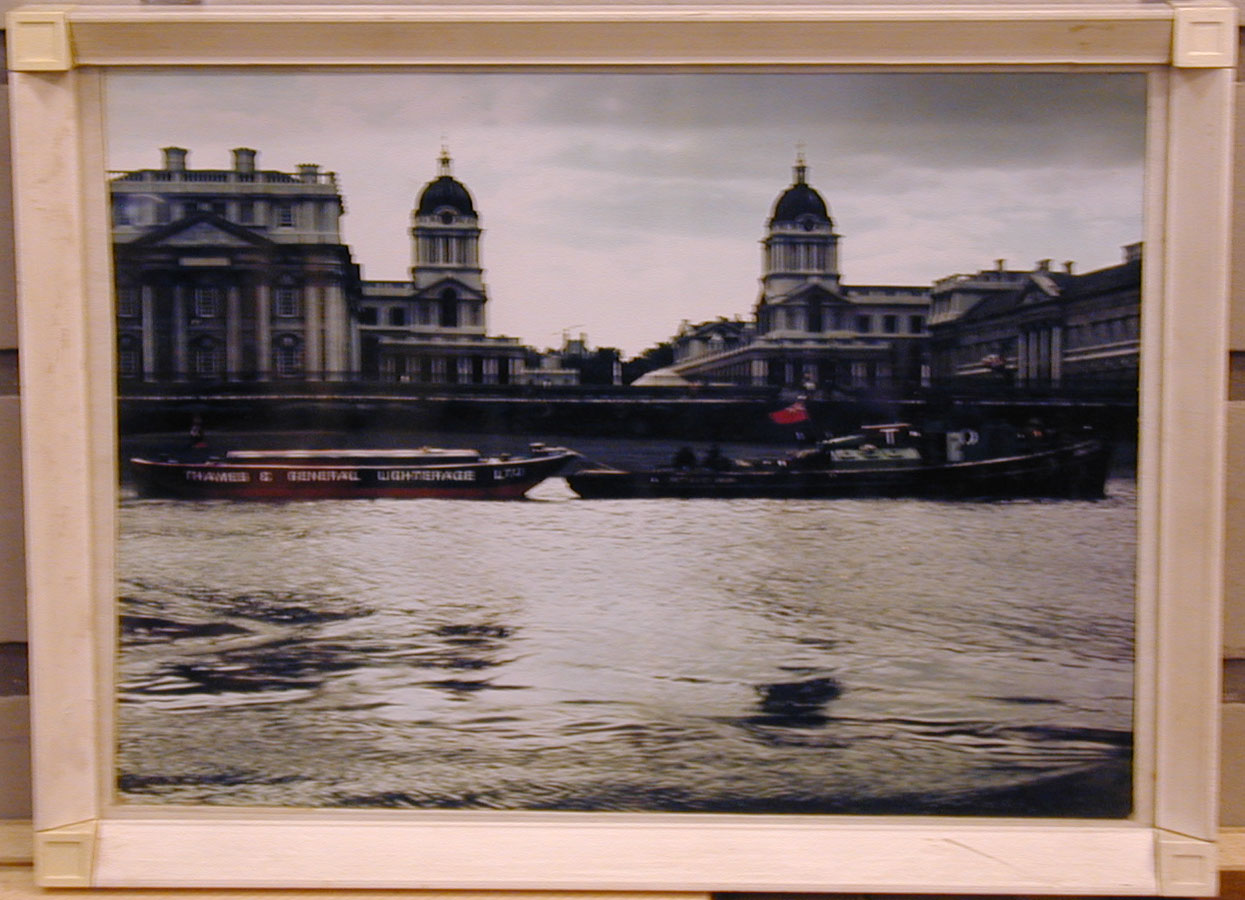