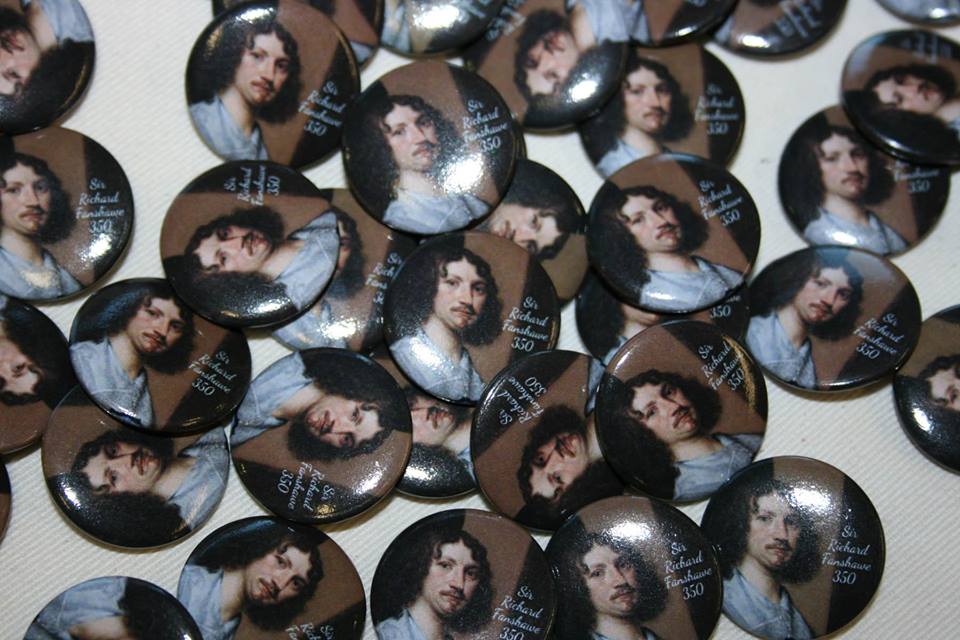 This year marks the 350th anniversary of the death of Sir Richard Fanshawe (1608-1666), ambassador to Spain. His portrait is currently in need of conservation. We are asking you to be part of the bigger picture by donating £2 and wearing the badge in support of Barking and Dagenham Heritage. Available to purchase now from Valence House, or online via ebay.

The Fanshawe family settled in Barking and Dagenham in the reign of Elizabeth I and for more than 400 years their lives have linked to countless generations of local people. One of the most important members of the family was Sir Richard Fanshawe whose portrait was painted in 1643 by William Dobson at Oxford when he was Secretary of War to the Prince of Wales. His loyalty is symbolised by the faithful dog, he holds a letter to show he is a man of learning and the masque tells of his love of the arts.

Sir Richard was a poet, linguist and diplomat with a reputation for courtesy and courtly charm and after the Restoration in 1660, King Charles II instructed him to write letters in Portuguese on his behalf to Catherine of Braganza, his prospective bride. Sir Richard was sent to Lisbon to complete the marriage contract and gaining the confidence of the young princess he drafted her reply in English to her future husband (draft letter in the Archives at Valence House).

He was later appointed Ambassador to Portugal and after in 1664 received the most prestigious of all diplomatic appointments, becoming the Ambassador to the royal court of Spain. Sadly Sir Richard Fanshawe died in Madrid in June 1666–350 years ago.