William Holmes Frogley’s manuscript is more than just an unpublished history, it is an illustrated guidebook, providing a very personal insight into the buildings, streets and residents of Barking during the Victorian Era.

The manuscript, which includes some wonderful illustrations (as shown above and below), was discovered by archivist, Dr Emmison, at the library of the Essex Archaeological Society in 1965. It was indexed under the name of a well known antiquarian, Frederick Brand, who died in Ilford in 1939. However the work was without a title page, and on further investigation, Dr Emmison found a footnote where the writer had revealed himself to be the son of Joseph Frogley, a fishing captain from Barking.

It has subsequently been established, thanks to the research of Dr Emmison, as well as local historian, Herbert Hope Lockwood, that the author of the manuscript was probably William Holmes Frogley (1855-1924), who was the second son of the aforementioned Joseph Frogley. He is recorded as a grocer’s apprentice, living at Ivy Cottage in the census of 1871. The census of 1881, shows that he and his brother, Frederick, worked at a grocery at Plaistow Market on Beckton Road. By 1888 they had acquired their own grocers shop on Gypsy Lane, Upton. Meanwhile he married Eliza Jane Crockford in 1884, and they had a daughter, Gertrude in 1885. 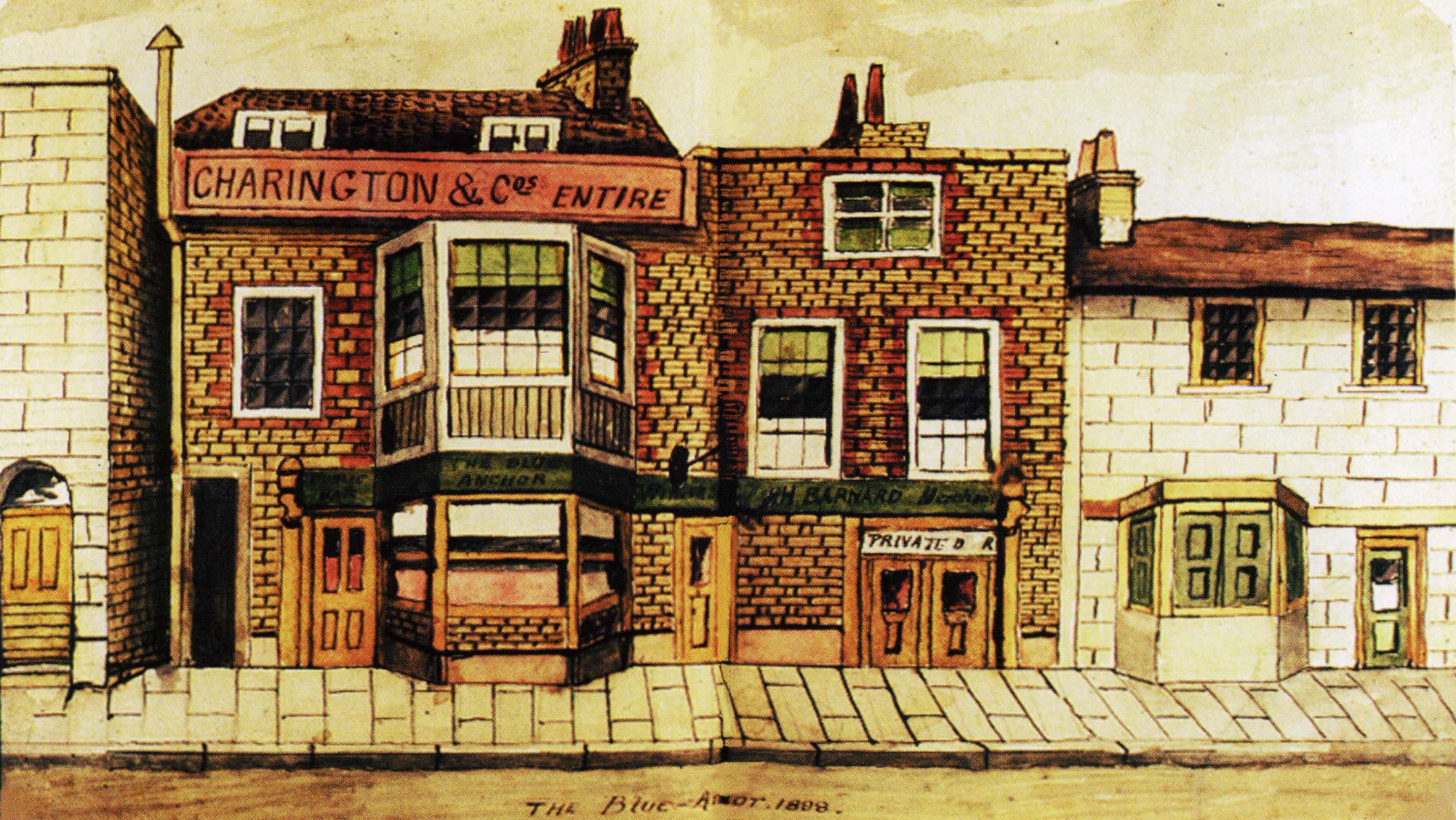 During the late 1890s and early 1900s, Frogley appears to have become an estate agent, as well as a certified bailiff, working in Barking. It was also around this time that he carried out his enquiries and did much of his writing and sketching. In turn the fact that he seems oblivious to the archaeological excavations at Barking Abbey, suggests that his enthusiasm for his project had started to wane by 1913.

Unfortunately little is known about the rest of the life of William Holmes Frogley. He died on 22 May 1924 at 108 Henniker Gardens, East Ham, where he lived with his wife, daughter and son-in-law, George Capel. According to his death certificate, he had by this time reverted to his old trade as Grocer and Provisions Merchant. It is perhaps remarkable that he managed to learn so much about the lives of others without calling more attention to himself!

Frogley starts his manuscript with an account of Barking Abbey, St. Margaret’s Church, the Manor of Barking and then churches in Barking. This is followed by chapters on agriculture, fishing and other industries. The next section is very detailed and focuses on the streets of Barking. It is at this point that he introduces the reader to the ordinary and extraordinary people of Barking, including Blind Scotcher the Harpist and Alderman W. W. Glenney. Finally there are shorter chapters on specific topics, such as the Market House and National School, as well as shorter chapters on the surrounding areas of Creekmouth, Beckton and Dagenham Gulf.

The writings, which are a result of his considerable powers of observation and enquiry, as well as background reading, are illustrated with what have been described as ‘rough sketches’ by Frogley. Although the perspective of his watercolours and drawings is not always quite accurate, they are extremely charming. In addition to this, in some instances, he provides us with the only visual record that remains of buildings that have since been demolished, such as the Blue Anchor Tavern.

The original manuscript, which is a veritable goldmine for the local and family historian, is now accessible at the Barking and Dagenham Archive and Local Studies Centre. It has also been transcribed and published in three volumes by Tony Clifford and Herbert Hope Lockwood. Copies of these books are available to purchase in the Visitor’s Centre Shop at Valence House Museum.

This item can be viewed by appointment at Barking and Dagenham Archives and Local Studies Centre (Archive reference: BD374).