This account book lists the household expenses and income earned through the selling of straw, hay and livestock on the estate at Parlsoes Manor from 1795 to 1803. At this time the house and estate of Parsloes was owned by Thomas Fanshawe (4 January 1721-September 1797), who succeeded on the death of his father in 1758. He married Ann Gasgoyne on 13 June 1745. They had a son named John Gascoyne, followed by three daughters, Susanna, Ann and Mary. Unfortunately out of the these three girls only Ann lived beyond childhood, and their mother died four days after the birth of her last child in August 1762. 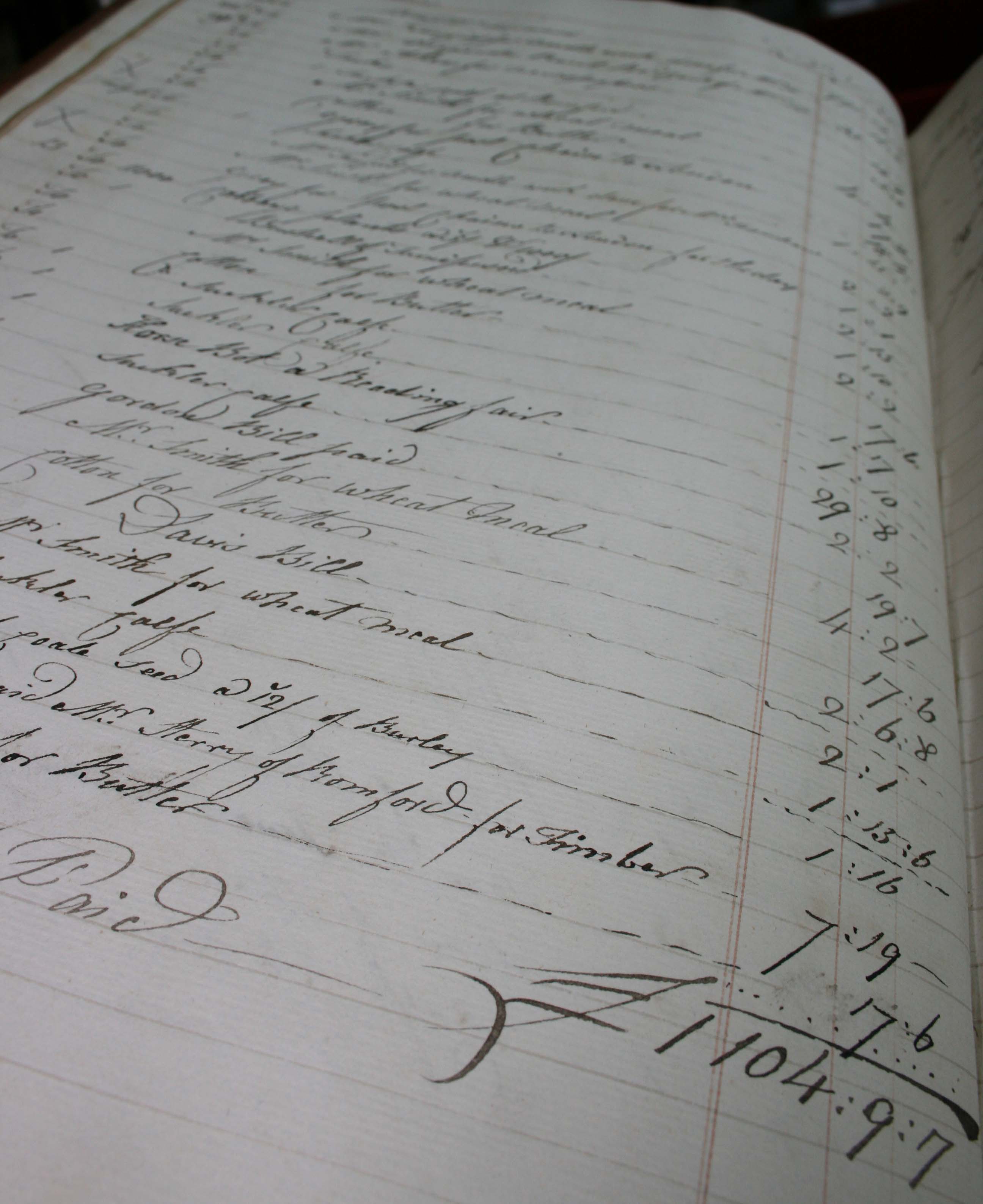 Thomas was struck down by illness in 1792, but didn’t die until September 1797. Parsloes was inherited by his eldest son, John Gascoyne Fanshawe (3 June 1746-23 December 1803). However, due to his father’s failing health, he was actually in residence at Parsloes from 1793. He was joined by his wife and four of his children, John, Henry, Thomas Lewis, and Mary Annette, as well as his sister-in-law, Sarah Bonyne. John Gascoyne survived his father for little more than six years, dying at the age of 57 in 1803.

The account book provides an unprecedented insight into the life of the family at Parsloes. There are, most notably, numerous entries for clothes, hats, gloves, wigs, wig powder and soap, as well as other luxuries, such as oranges and shuttlecocks. The family also appear to have spent a lot of money on travelling to London and Bath. They even splashed out on a holiday to Southend in August 1801. During this particular trip, Mrs Fanshawe managed to spend £35!

As well as going to town and routinely losing at cards, the account book reveal that the family were generous employers and landlords. They regularly brought beer, rum and cheese for the labourers that worked on the estate, and a number of servants were given tips for being ‘particularly attentive’ to Mrs Fanshawe.