Egbert Smart’s roles in the local community included those of librarian, borough photographer, and film society secretary.  As part of the HLF funded Our Everyday Futures project we have not only digitised the rest of his 16500 strong collection of photographic negatives but have also digitised four films produced by the Dagenham Co-operative Film Society. The Dagenham Co-operative Film Society aimed to screen a range of films from past and present and from around the world to local film enthusiasts as well as host lectures by well-known personalities, and organise its own film-making sessions.  The inaugural meeting was held on 9th January 1947 at Becontree Library when two films were screened: from 1943 the British film This Is Colour and from 1919 the German film The Cabinet of Dr Cagliari.  In 1964 they changed their name to the Fanshawe Film Society after they based themselves at Fanshawe Hall. 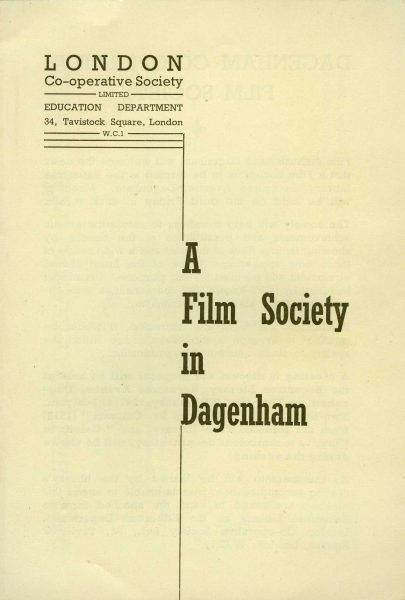 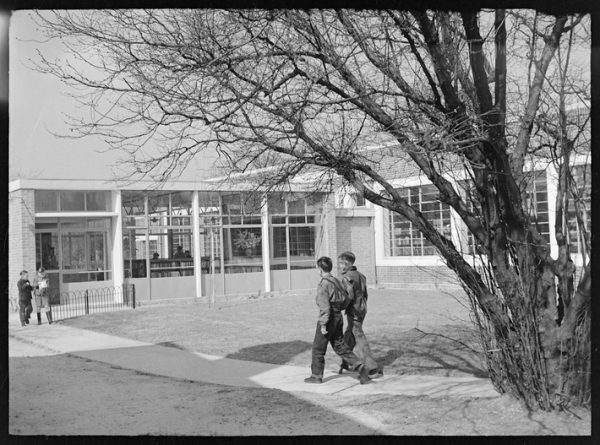 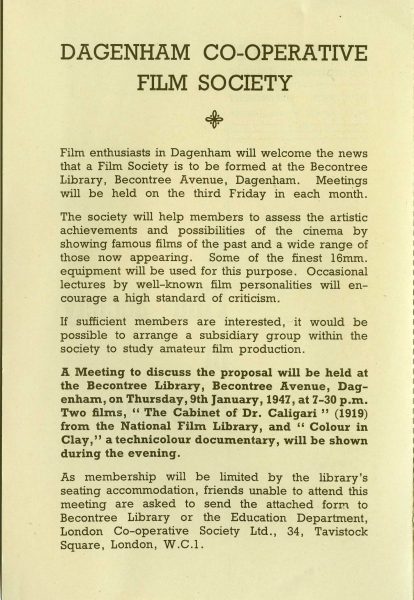 The programmes of the films that were to be shown for each year show that the Society’s tastes were nothing if not eclectic.  They screened films from Japan, USSR, USA, and all across Europe, some from as early as 1916 as well as new releases, films from famous directors including Ingmar Bergman, Akira Kurosawa, and Sergei Eisenstein, and also their own productions and those of other local film societies. 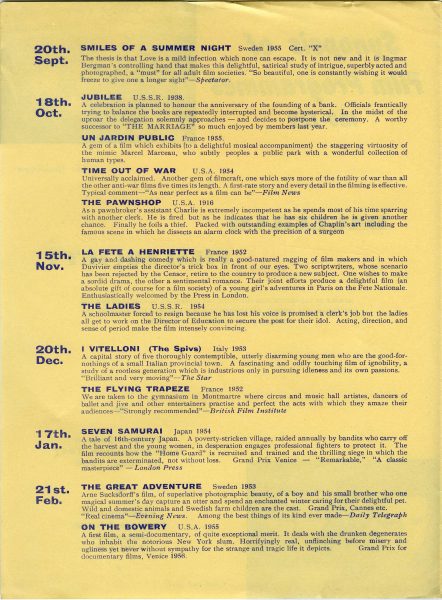 The Seeds of Time was the Society’s first production which was shot between 17th August 1947 and 21st November 1948 at a cost of £32. Egbert Smart directed this film and described its aim as “immortalizing the spirit of the young people of Dagenham”.  The film featured a range of local groups and individuals including the Becontree Wheelers and the dance teacher Madame Olga who arranged the ballet scene featured in the film.  Madame Olga’s dance studio was based in Dagenham Village and was remembered fondly by two of our volunteers, Katie and Rosemary, who recently took part in the heritage walk of Dagenham Village inspired by Egbert’s photos.

The four films recently digitised as part of the Our Everyday Futures project are Playtime, Our Year, Help Yourself to Health, and Time to Play.  However, many more films were produced by members of the society copies of which do not survive as far as we’re aware; their titles include The Learner, Piccadilly Circus, and Rookery Farm Festival.  The Browning Cup was a competition run every year by the society for the best film produced by any amateur team in the Borough of Dagenham.  The competition was often themed and in 1959 the theme was ‘Daylight Robbery’ and on this occasion Mr Charles Blake and Manor School were the winners. 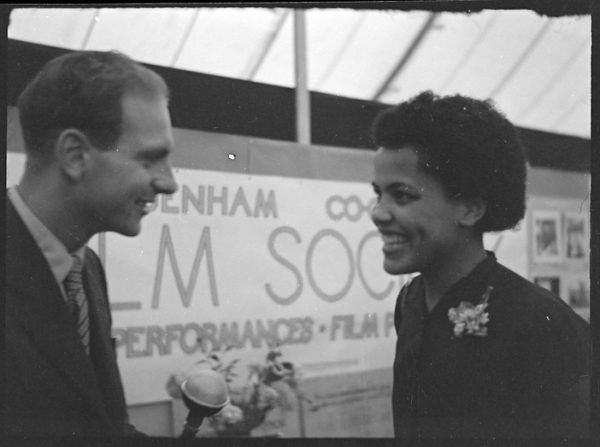 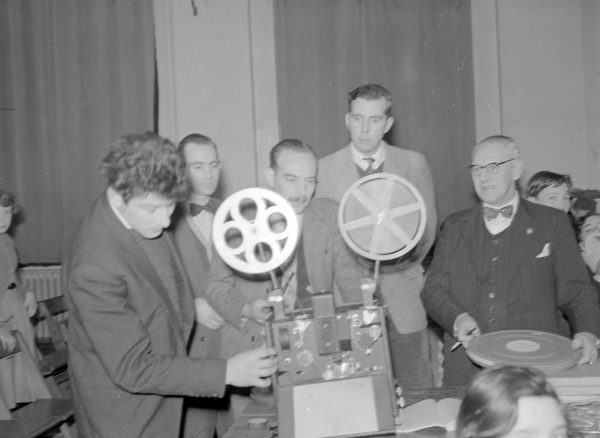 In addition to Egbert Smart as secretary the Society’s other committee members included Alderman Fred Brown as president and George Allen as chairman.  George Allen can be seen second from the left on the photo above right.  The Society maintained a strong membership throughout its existence and one of its more active film-makers, Nat Crosby can be seen in the picture above left talking to another member, Miss Phillips.