Bust length portrait of a middle-aged woman turned to her right and looking at the artist. She wares a low, wide necked gown of dark blue silk that has slashed sleeved showing white underneath. The top of the sleeves are fastened to the bodice of the dress by gem encrusted buttons. She wears a string of pearls at the throat. Her brown hair is ringleted and worn up at the back but lose at the front. Her hair is shaved at the front to give her a higher hairline. She has a long face, broad forehead and receding chin. The background is plain brown, and set in a feigned oval mount. 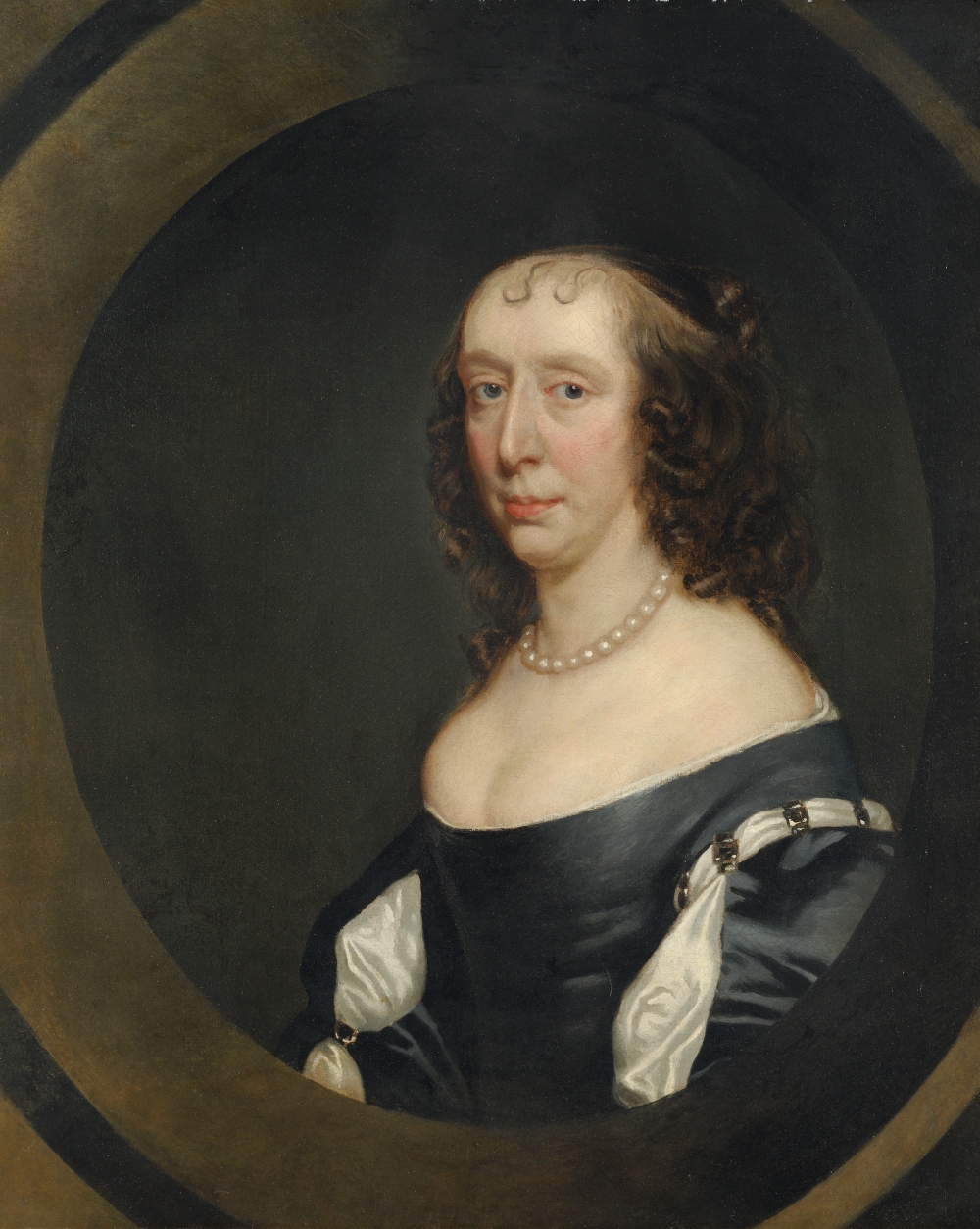