Fanciful portrait of a young woman depicted as the goddess Diana. She is wearing a silver silk gown and has pearls in her hair. She is leaning her head on her right hand, the arm of which is bent at the elbow and resting on a covered plinth. She has a dear's head resting on her lap, on top of which she rests her left hand. The portrait has a landscaped background. 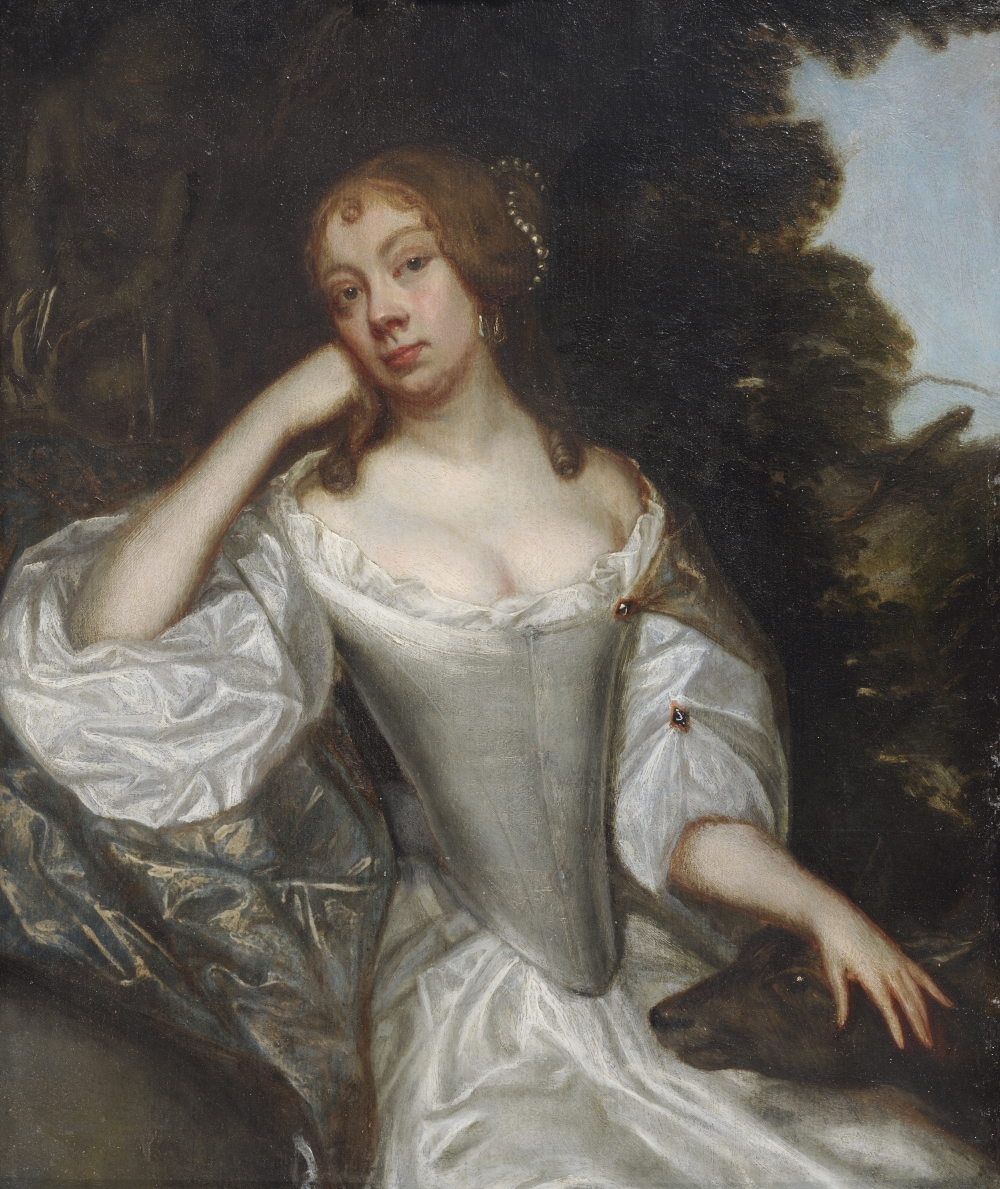