Anne Fanshawe was the fourth daughter of Sir Giles Alington of Horseheath, Cambridgeshire and sister of Lady Dorothy Leventhorpe (see no.14). She was also great-granddaughter of William Cecil, Lord Burghley, advisor to Queen Elizabeth I. In 1627 Anne married Thomas Fanshawe (see no.16), 1st Viscount Fanshawe. Within a year of her marriage, Anne died in childbirth. Her daughter, also named Ann, died unmarried at the age of 86, at Jenkins Manor, Barking, where she lived with her step-sister Elizabeth. The portrait was fiirst attributed to Paul Van Somer, then later to Gilbert Jackson (by Collins Baker), but now largely considered to be work by Marc Gheeraedts the Younger. The dress worn in this portrait is said to be a facsimile of that worn by her sister Dorothy, Lady Leventhorpe, in her portrait at Melbourne.

Portrait of standing lady with feathered hat. She is wearing a black velvet gown which has puffed sleeves that are slit along the length to reveal cream silk. Each sleeve is tied at the elbow with a peach silk bow and has a lace cuff. The waist of the dress is tied with the same type of bow. The neckline of the dress is decorated with delicate lace with has a peach rosette in the centre and she is wearing a modesty scarf and lace collar. She stands beside a high table that is covered in a pink silk sheet and which has a pair of gloves resting on it. Behind the table is a pink curtain. The lady is resting her left arm, which has bracelets around the wrist and a ring on her 3rd finger, on her stomach.

GHEERAERTS, Marcus the Younger, (1562-1636). Flemish-born portrait painter, who settled in England in 1568 with his father Marcus the Elder (c.1530-c.1590), an engraver and painter. Marcus the Younger was probably the leading society portraitist in London at the peak of his career (his popularity declined after about 1615), but it is not easy to disentangle his work from that of some of his contemporaries. The best-known work attributed to him is the splendid full-length portrait of Elizabeth I known as the ?Ditchley? portrait (NPG, London, c.1592), in which the queen is shown standing on a map of England. 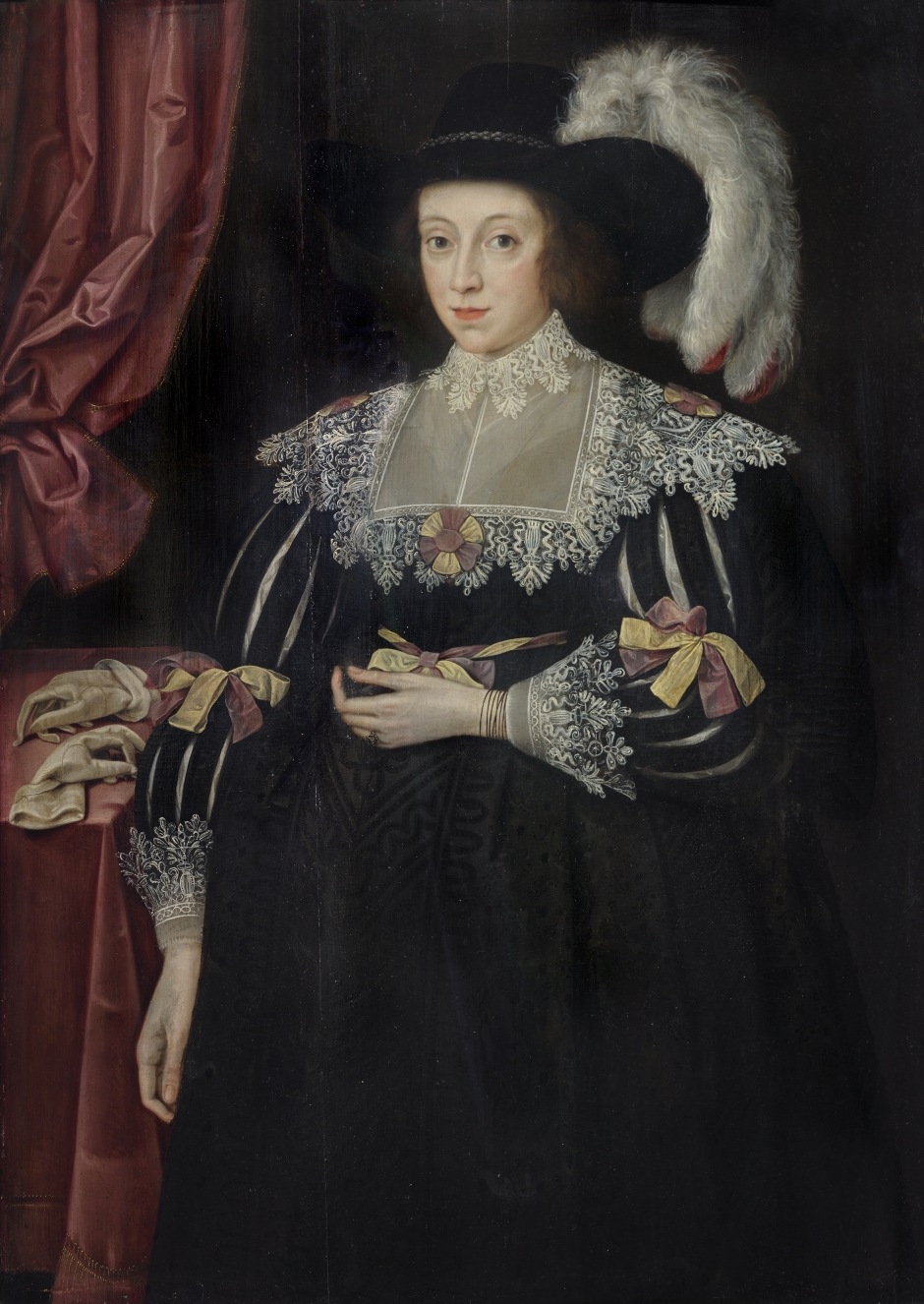