Printed pamphlet handed out to visitors to the Archaeoplogical open day at the Washland FSA site on the River Beam, Dagenham, on 22nd July 2005. The pamphlet details how the archaeological excavations came about and describes the archaeological evidence that has been found. The Washlands FSA is a man made flood storage area that temporarily stores floodwater during periods of heavy rainfall, thereby providing flood alleviation to hundreds of surrounding houses and businesses. Phase I was completed in June 2005, during which the flood embankments were raised and strengthened. During this work Roman archaeology was discovered on the site. Phase II of the works sees the flood storing capabilities of the Washlands FSA increased by excavating the high ground, a new sluice gate fitted and environmental enhancements added, including ponds, wildlife habitats and planting of aquatic plants. Also, all of the top soil will be removed to undertake a full survey of the Roman archaeology. Phase II commenced June 2006 and continued until November 2006.

A3 sheet of paper folded in half and printed on all four sides. The paper has a green and purple marble effect background printed onto it, over which the black and green text is written. The first page gives a brief introduction to the discovery of the archaeology and describes the prehistoric evidence that has been found. This page contains two images, the first showing a map of the area and the second showing the prehistoric stratigraphy. The middle pages have a plan showing the position of all the archaeological finds and layout of the site. The back page details the Roman evidence that has been found and has pictures of a Roman cremation burial and 3 flint tools. 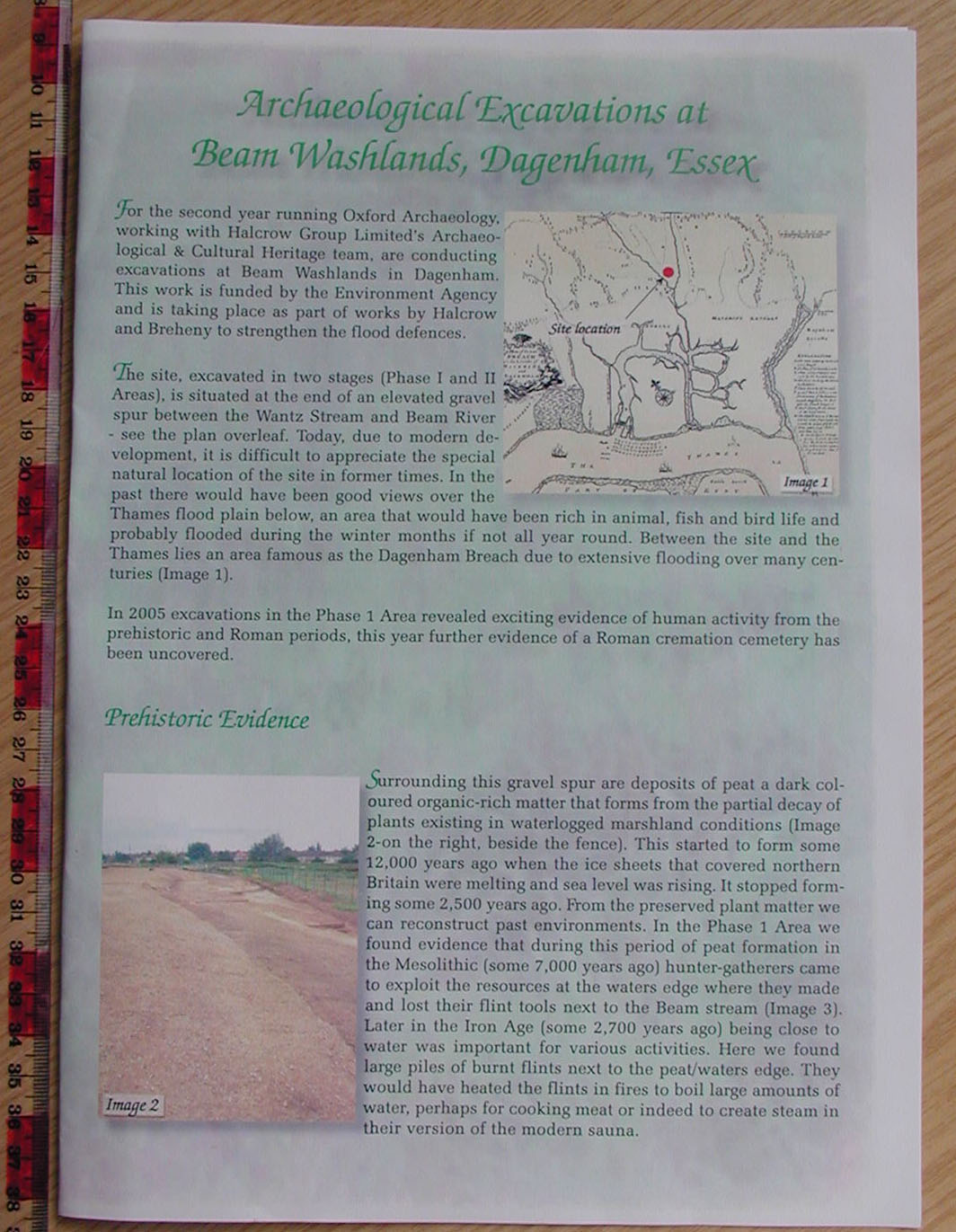 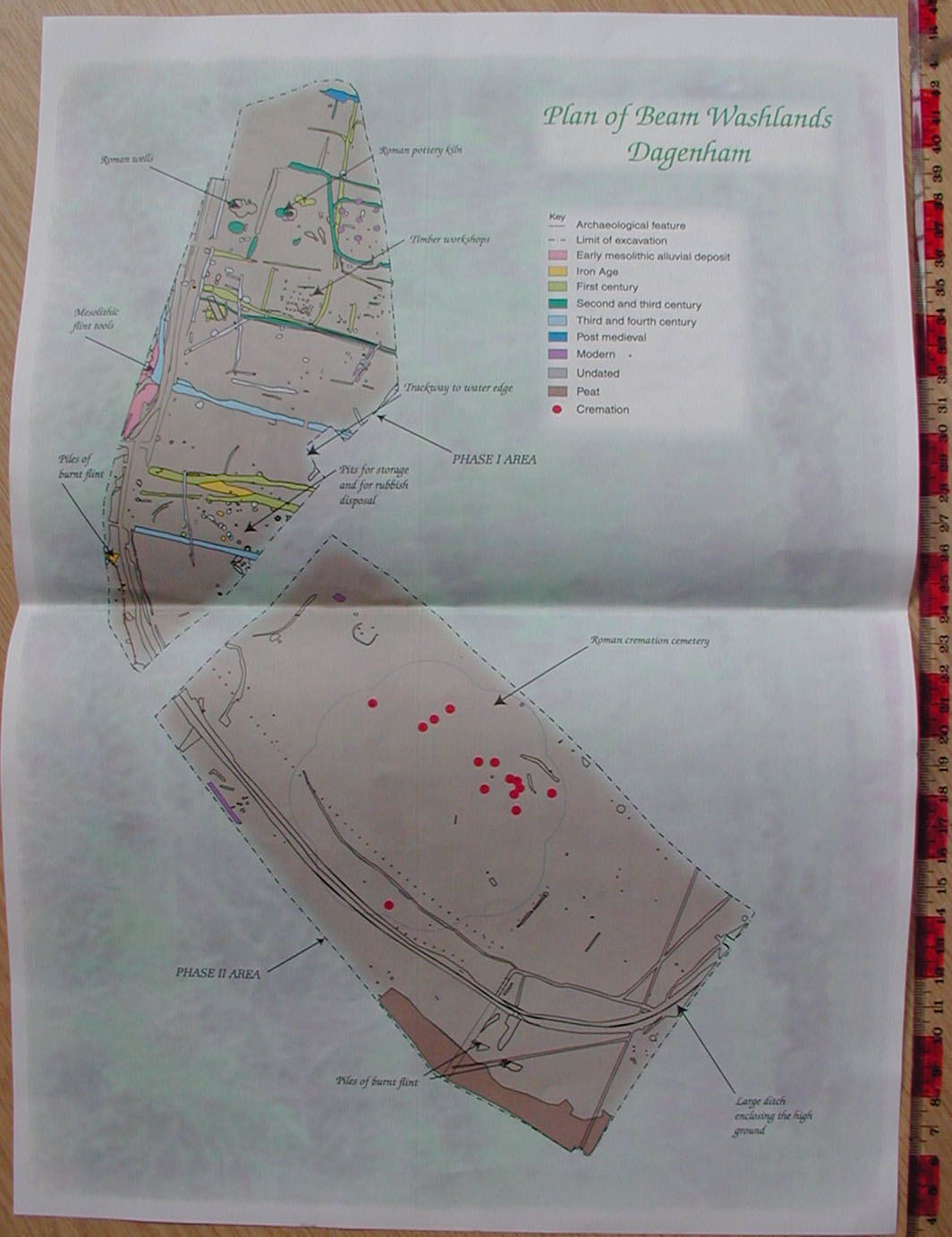 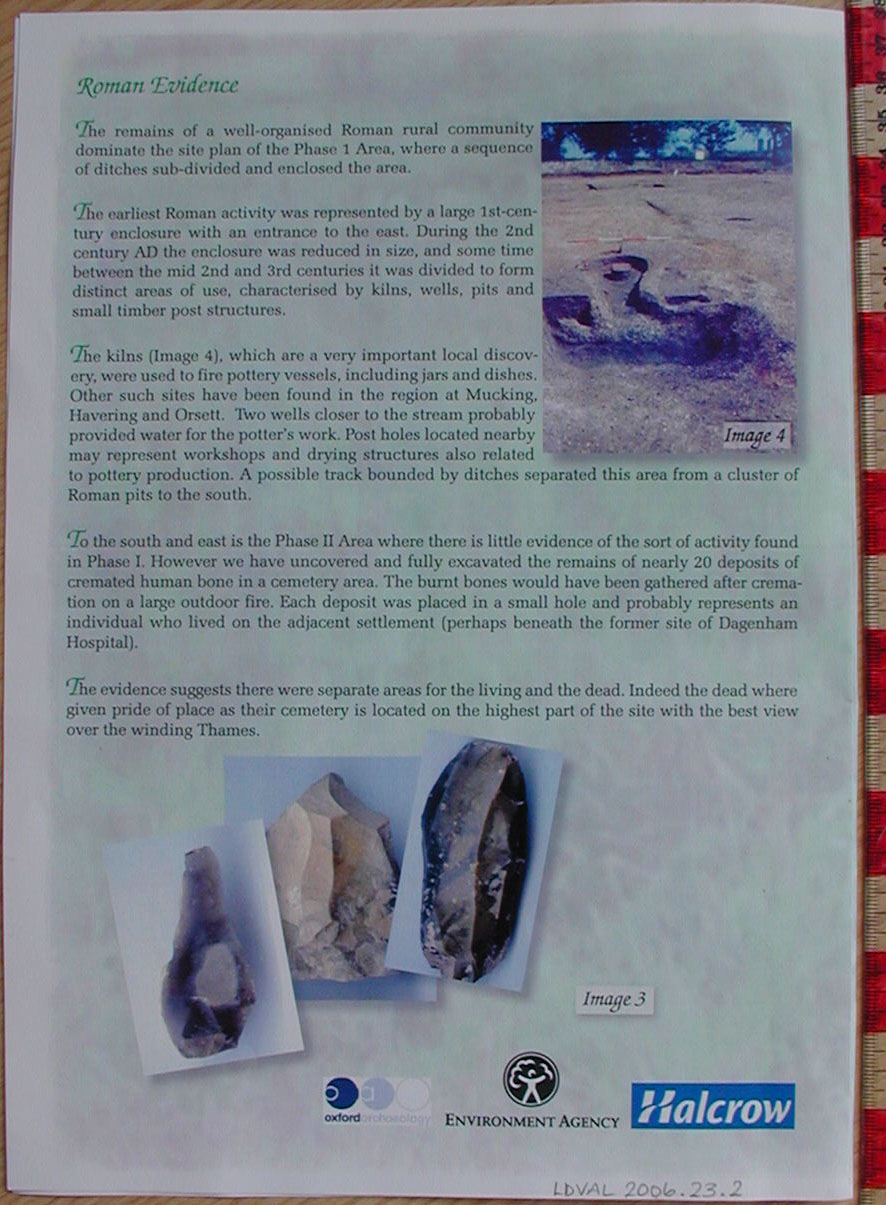