Decorative award presented to Victor Wakeling for his services to the Training Team Brunei. In original box. For 12 years Mr Wakeling spent all his free time collecting books, games and puzzles to be sent to British troops in Brunei and Northern Ireland. He began in 1976 after his brother-in-law returned from a tour of duty with the Air Force and complained how short of books, playing cards, games etc, troops were while serving abroad.

Varnished wooden shield with an enameled, raised silver field in the middle, which shows the badge of the Training Team Brunei. It shows a black, white and silver pelican above a silver machete with a black handle, on a green background with a black-yellow-black stripe running vertically down the centre. Below this is a raised silver scroll, and above it is a silver dedication plaque.

Inscription Engraved On dedication plaque: WITH MUCH APPRECIATION FROM OFFER COMMANDING AND ALL RANKS TTB 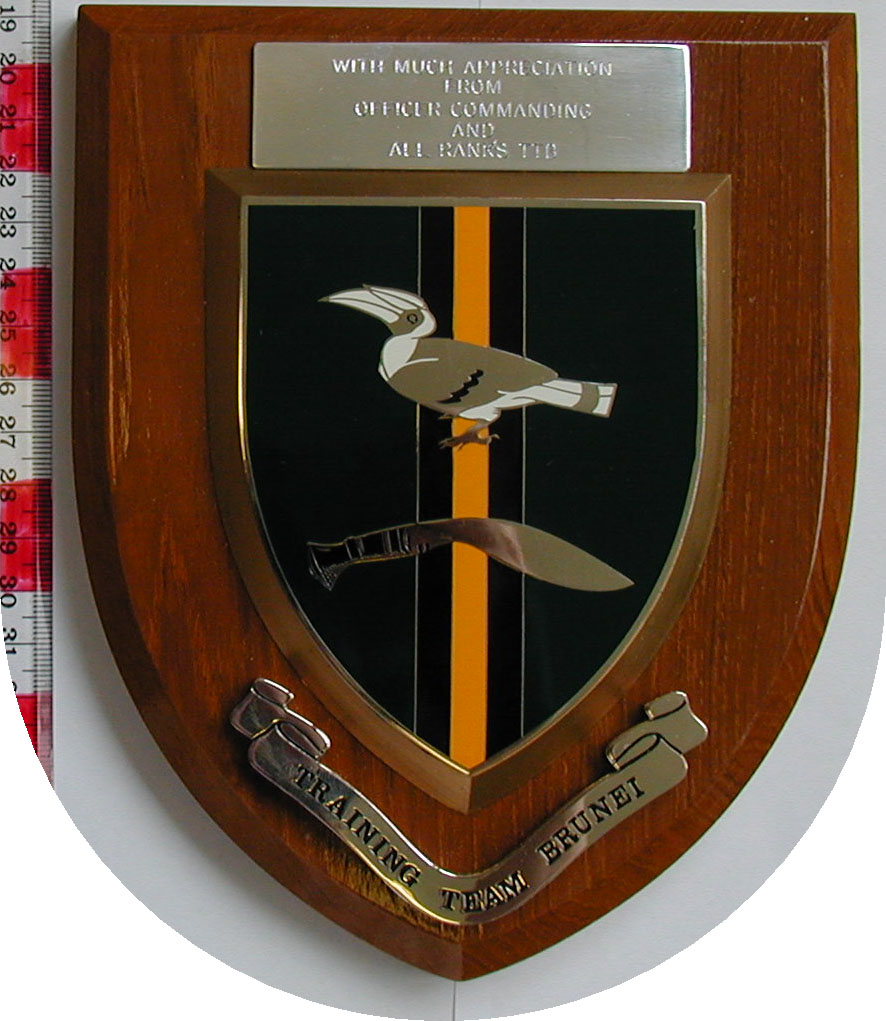 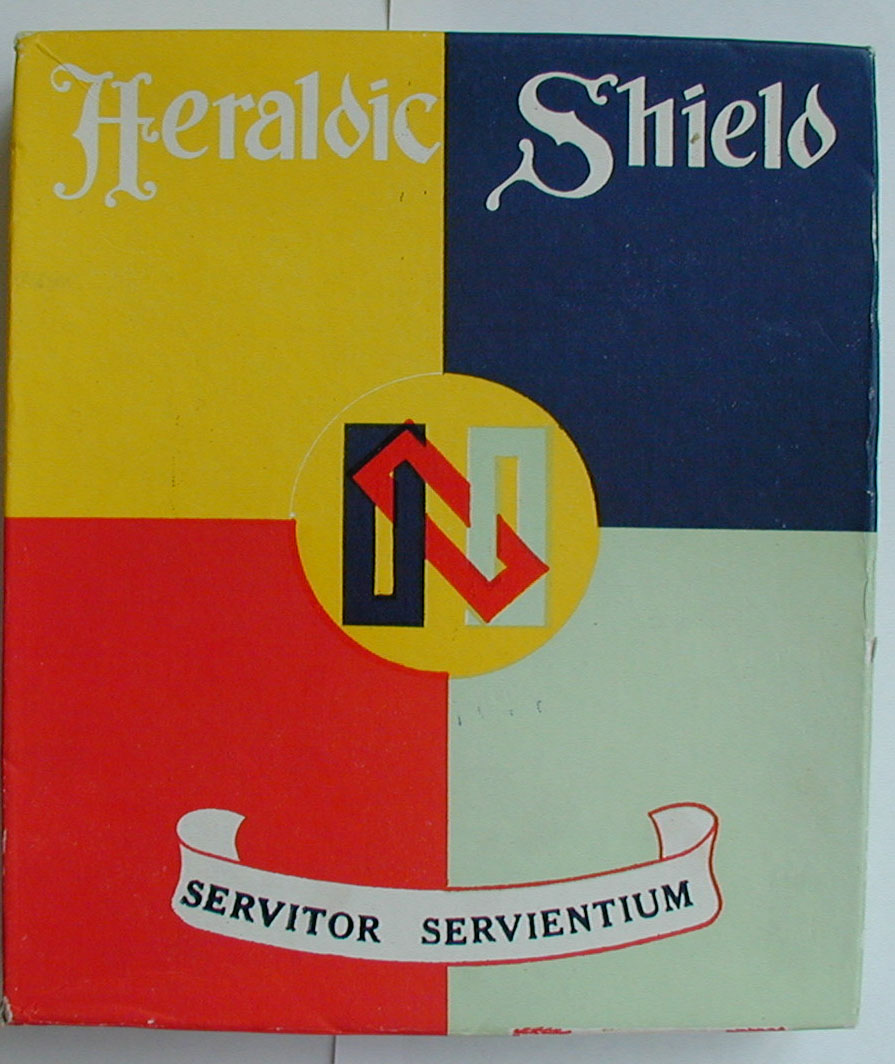