Lady Barbara Henley was the daughter of John Every of Wotten Glanville, Dorset. She became 2nd wife of Sir Robert Henley (d. 1692). She was the grandmother of Elizabeth Rogers (see no.22), wife of Rear Admiral Charles Fanshawe (see no.25). Sir Robert and Lady Henley lived at 'The Grange', Northington near Winchester in Hampshire, a notable property originally designed by Indigo Jones, but which in the 17th Century was 'encased' by William Wilkins complete with a Parthenon Portico. 'The Grange' has been recognised as one of the first houses in Europe to be designed along classical Greek lines. The house later belonged to the Barings banking family and George IV lived there when Prince of Wales.
In this portrait Barbara, Lady Henley is posed wearing pearls and delicately holding a wreath of flowers and foliage, which typify the accessories seen in Lely portraits, and the arm gesture reflects the recognised style of the painter. It is probable that the background depicts the artist's impression of the Great Park at The Grange'.The two Grecian urns and the type of foliage depicted are symbolic representations of the New Greek influence in architecture.

Large portrait of sitting lady in a bronze dress with peach sashes on the sleeves and chains of pearls as decoration. Her white underclothing is visible around the neckline of the dress as are white undersleeves. She has blond curly hair and is wearing a string of pearls around her neck. She is facing right, with landscape over left shoulder and has her left hand resting in her lap holding a posy of flowers. She is holding her right arm across her body and is touching her left arm.

Jacob Huysmans (c.1633–1696), was a Flemish portrait painter. He moved to England during the reign of Charles II where he became one of the fashionable painters of the court. His chief portraits are those of Izaak Walton and Catherine of Braganza, Charles II's wife (both displayed on the National Gallery, London). 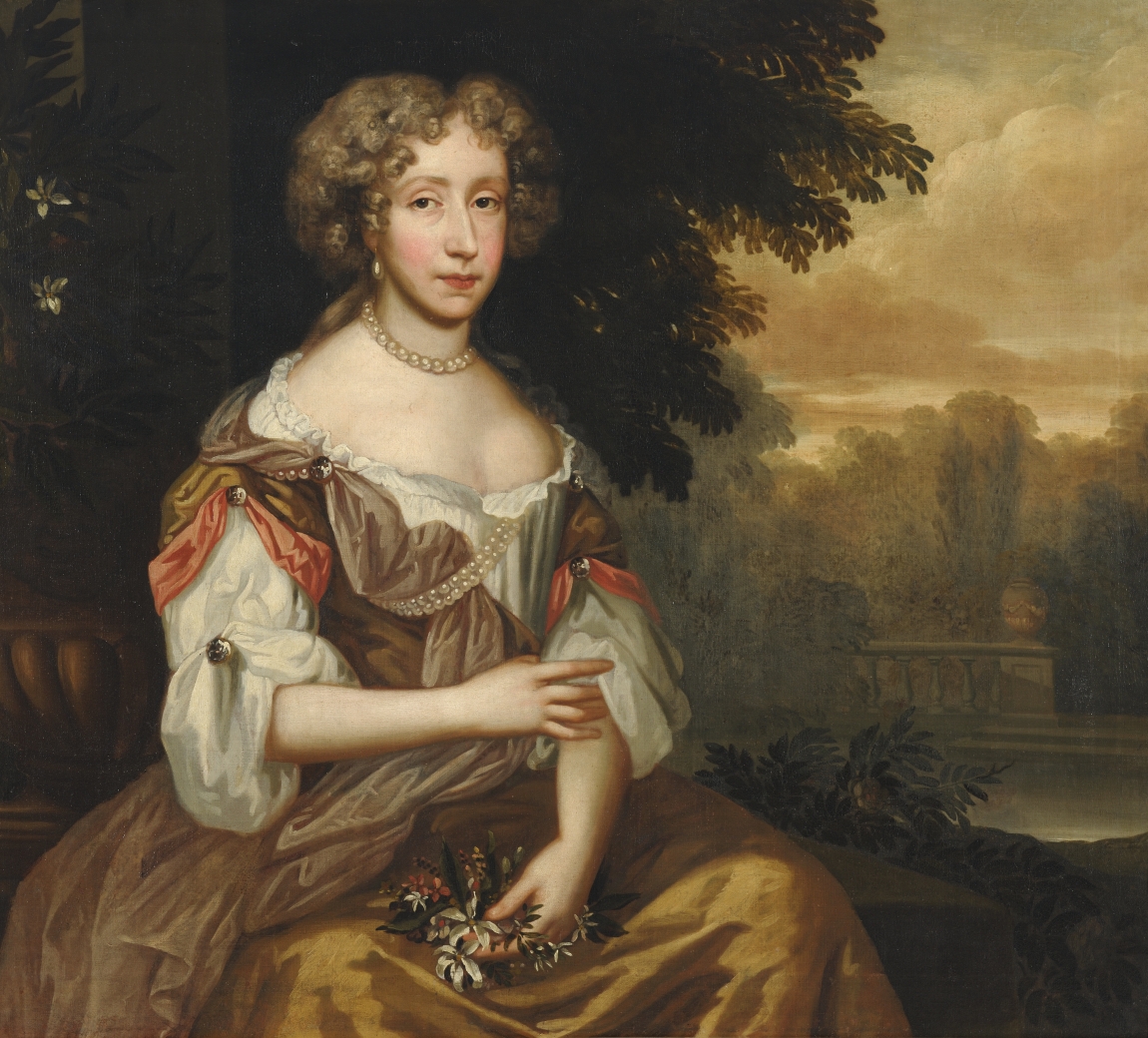