Large mounted, glazed and framed colour photograph showing the Barking Power Station Visitors Centre in the centreground. 3/4s of the foreground, from the left hand side, is taken up with the waters of Dagenham Breach. The final quarter, on the right hand side, has a grassy bank, reeds and a willow tree. The top half of the photograph is taken up with a clear blue sky, and in the foreground are out-of-focus branches of a willow tree, which frame the view. 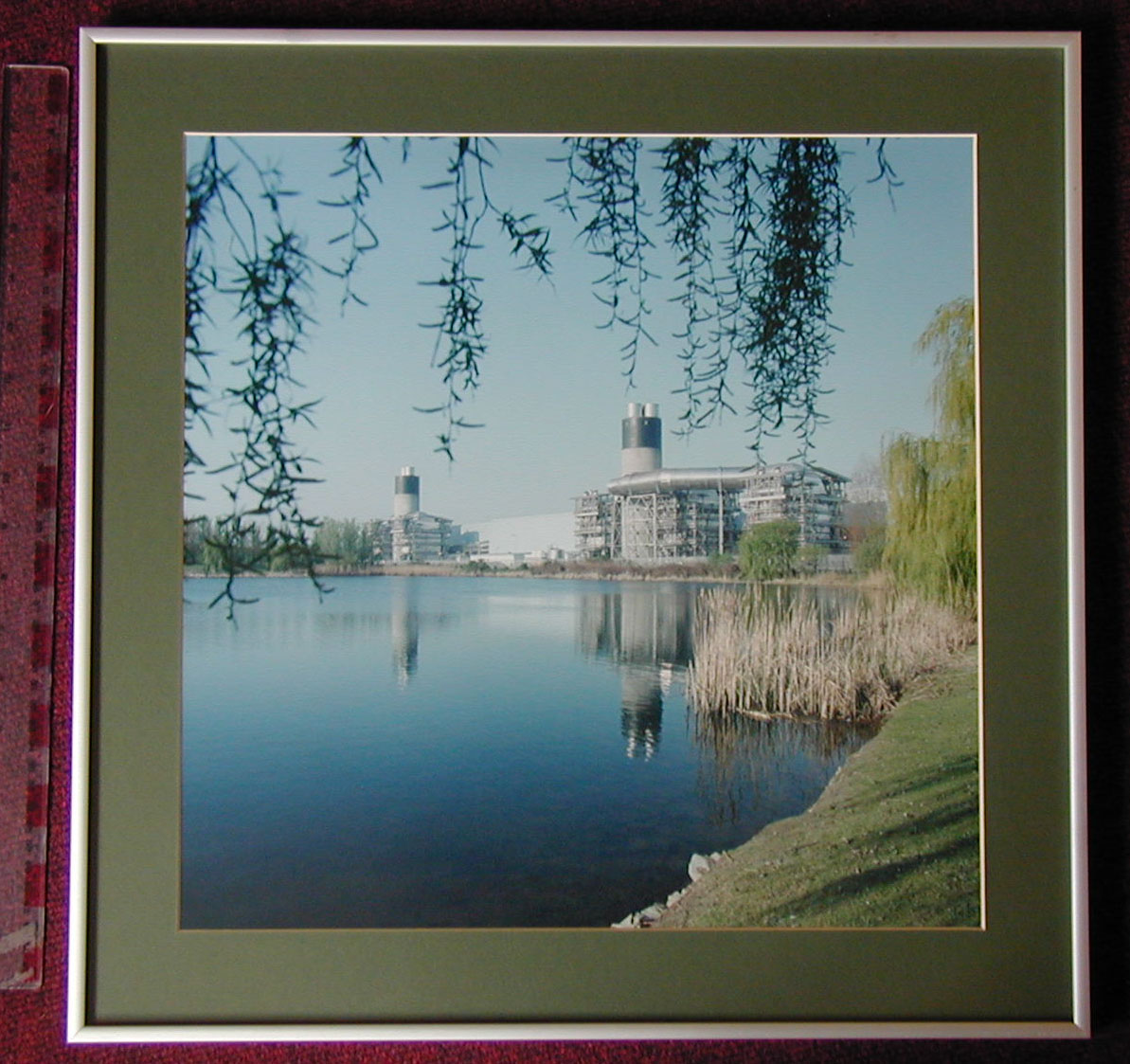