Born on 28th July 1857, Basil Thomas was the second son of John Gaspard Fanshawe and his wife Barbara Frederica Beaujolois Coventry. He was baptised at his mothers home, Earl's Croome, Worcestershire. He attended Repton School from 1871 to 1875, after which he served his apprenticeship at Easton and Anderson's Works, Erith. After qualifying as a civil engineer he was persuaded, in 1878, to accompany his great friend Evelyn Pulteney to Ceylon to take up tea planting. During the first 10 years of his time in Ceylon, he only returned home once. On his second visit, in 1890, he married Mary Georgina Clerke at St. Michael's, Chester Square on 19th April. Together they had six children: Muriel Mary (1891-?); Aubrey Basil (1893-?); Aline Barbara (1896-?);Rachael Georgina (1897-?); Vere (1900-?); Evelyn Gascoyne (1903-?). After their marriage, they returned to Ceylon where their first child was born. After a few years they returned to England and settled in Devon. In 1897 Basil bought property at Bratton Flemming and built the present house, Holywell Girt. He also acquired at property at Exmoor called Greenlands. He was Lord of the Manor of Bratton Fleming. He became Deputy Master of the Barnstaple Stag-Hounds and Quarme Harriers, and on 28th January 1900 he joined the North Devon Imperial Yeomanry, resigning five years later when a Honorary Captain. His elder brother Evelyn became the tenth and last Fanshawe to own Parsloes. It was sold 1916 and has since been demolished. Two modern cottages were built by the London County Council with Tudor Bricks from Parsloes Manor House, and most of the land is Parsloes Park - the largest open space in the centre of the Becontree Estate. See also no.44.

Small oval bust length portrait of a young boy with short, unruly dark brown hair. He waers a white gown which sits off of his shoulders. He is turned to his left. Set on a plain white background. 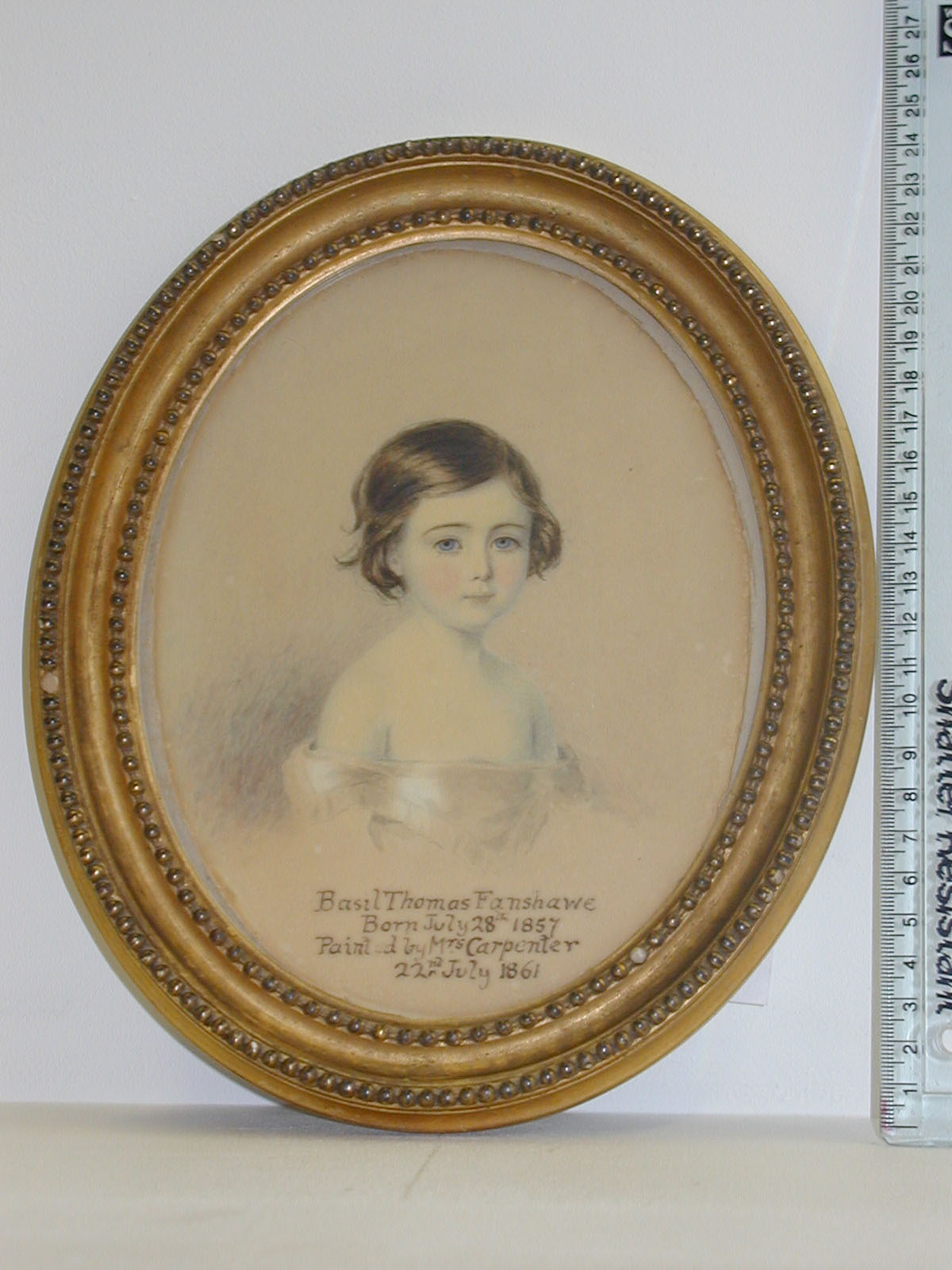 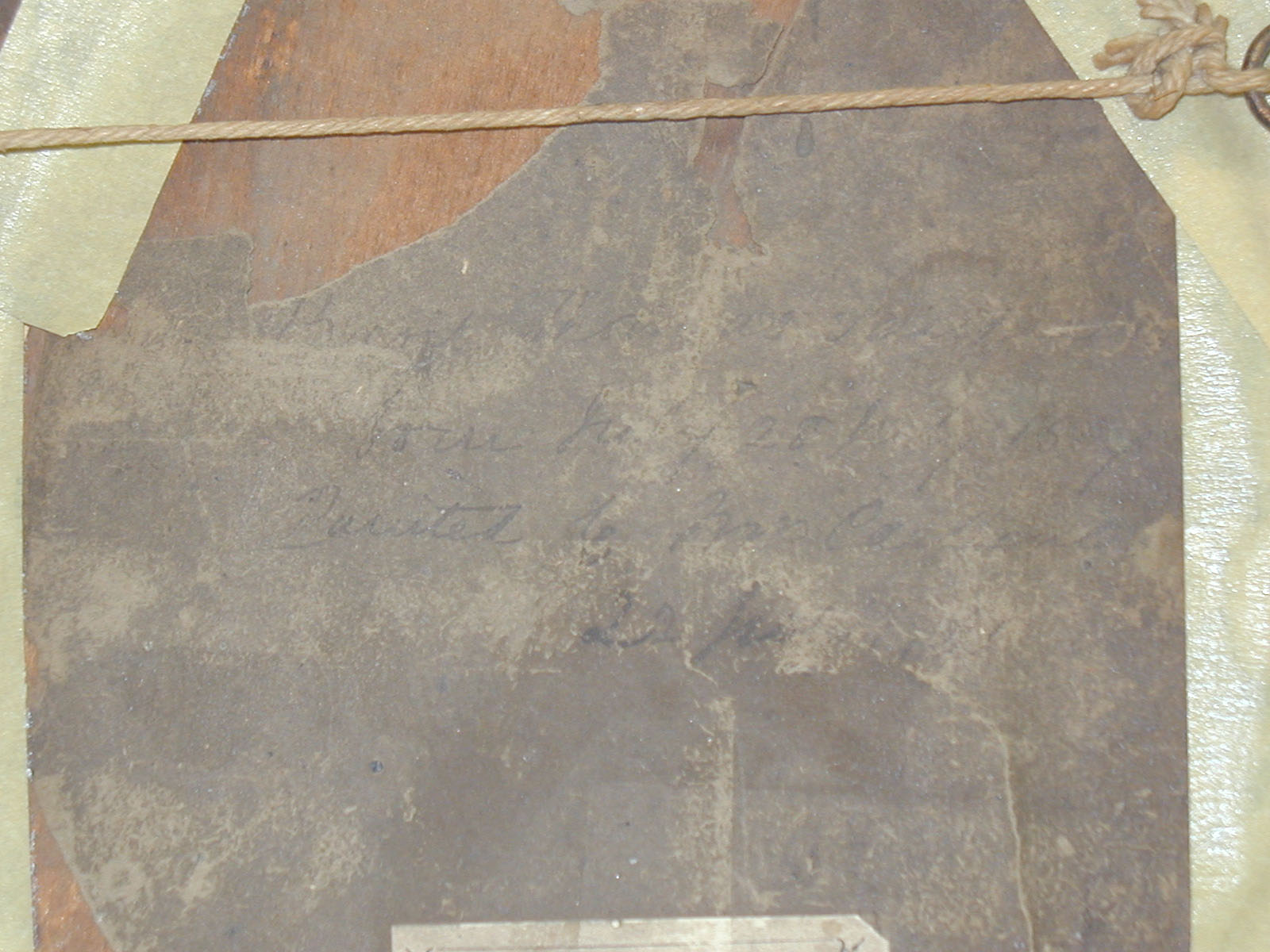