Edward VIII monogrammed box containing three yellow metal roundels, each embossed with a crown. The yellow metal roundels are possible seal molds. This is the crown of the King of Arms, a senior rank of an officer of arms. The only people other than Royalty and Peers of the Realm permitted to wear and display crowns are the Kings of Arms. The crown has 16 acanthus leaves, alternating in height, set upon the rim, of which only 9 appear in heraldic representations and is inscribed with the words Miserere mei Deus secundum magnum misericordiuan tuam (from the 1st verse of Psalm 51). This distinctive coronet of office is used for ceremonial purposes such as coronations.

Edward VIII (Edward Albert Christian George Andrew Patrick David Windsor), later The Prince Edward, Duke of Windsor (23 June 1894 – 28 May 1972), was King of the United Kingdom of Great Britain and Northern Ireland and the British Dominions beyond the Seas, and Emperor of India from the death of his father, George V (1910–36), on 20 January 1936 until his abdication on 11 December 1936. He was the second British monarch of the House of Windsor. Edward VIII is the only British monarch to have voluntarily relinquished the throne. He signed the instrument of abdication on 10 December 1936. The British Parliament passed His Majesty's Declaration of Abdication Act 1936 the next day and, on its receiving Royal Assent from Edward VIII, he legally ceased to be King in all but one of his realms. His abdication as King of Ireland occurred one day later. After Lady Jane Grey and Edward V, he is the third shortest-reigning monarch in British history, and the three are the only British monarchs never to have been crowned.

Long wooden box covered, inside and out, in red leatherette. The top and front edge have embossed gold decoration, which includes a decorative floral boarded, royal crowns and the monogram of Edward VIII. The four sides and the top are also embossed with an ungilded floral boarder along the outer edges. Inside the box is a wooden partition, also covered in red leatherette, into which is cut three 3/4 circles. Into these sit three hollow yellow metal roundels, each of which show a crown, decorated with leaves and topped with a pineapple, at the centre. The band on the crown is inscribed with ?Miserere mei Deus?. Radiating out from the crown is a simple floral wreath, a plain raised band and, on the outer rim, a beaded band. 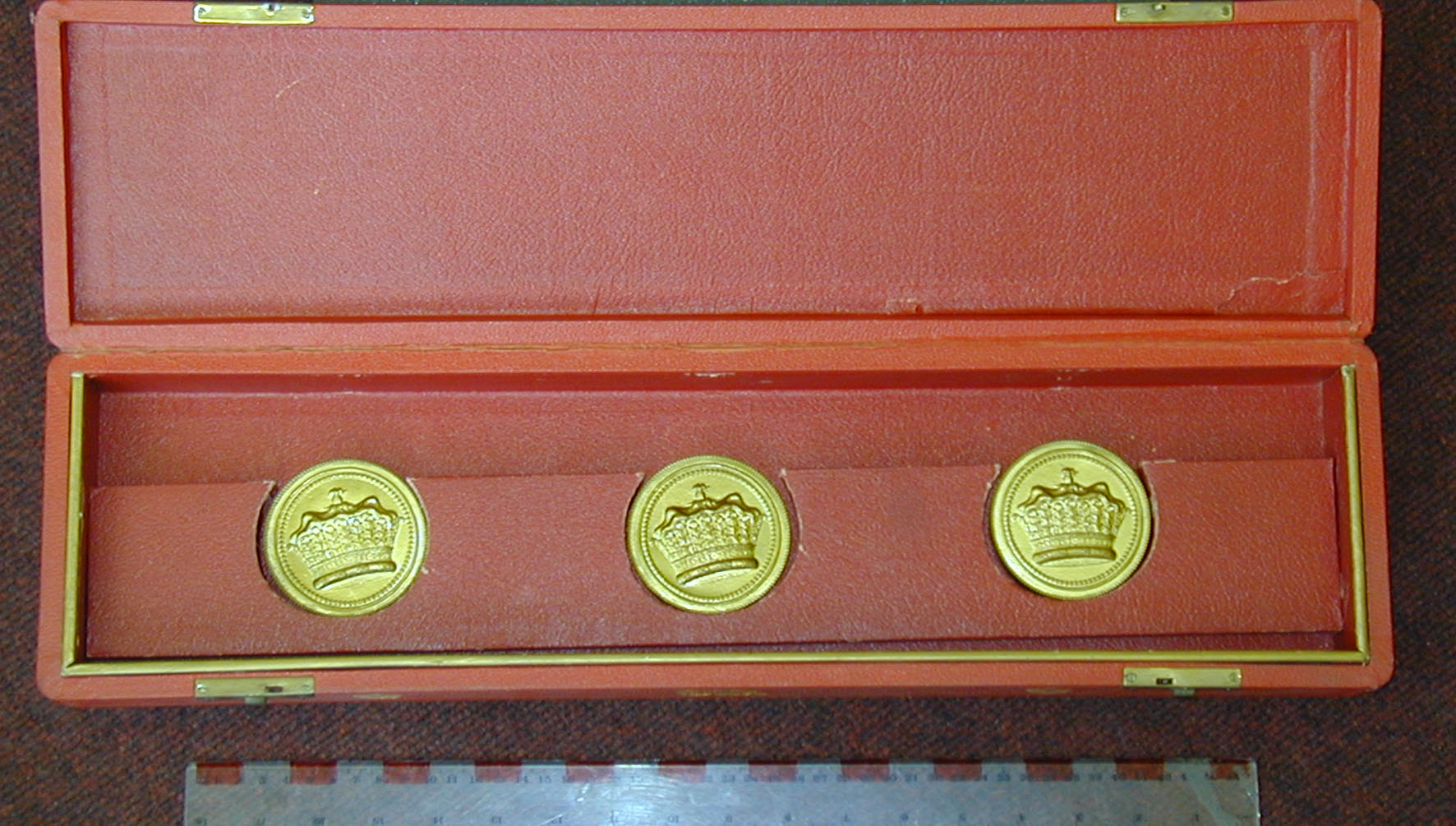 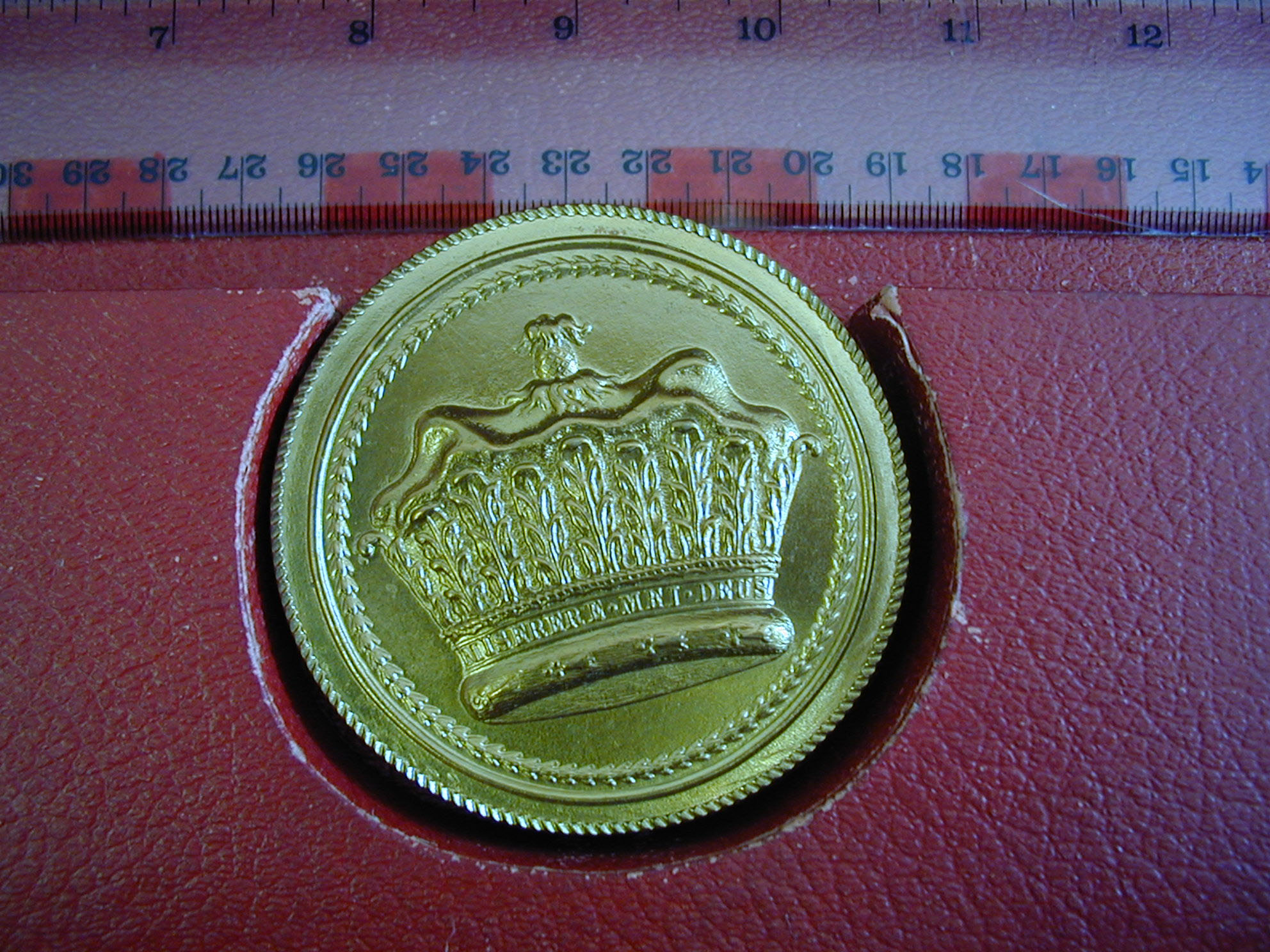 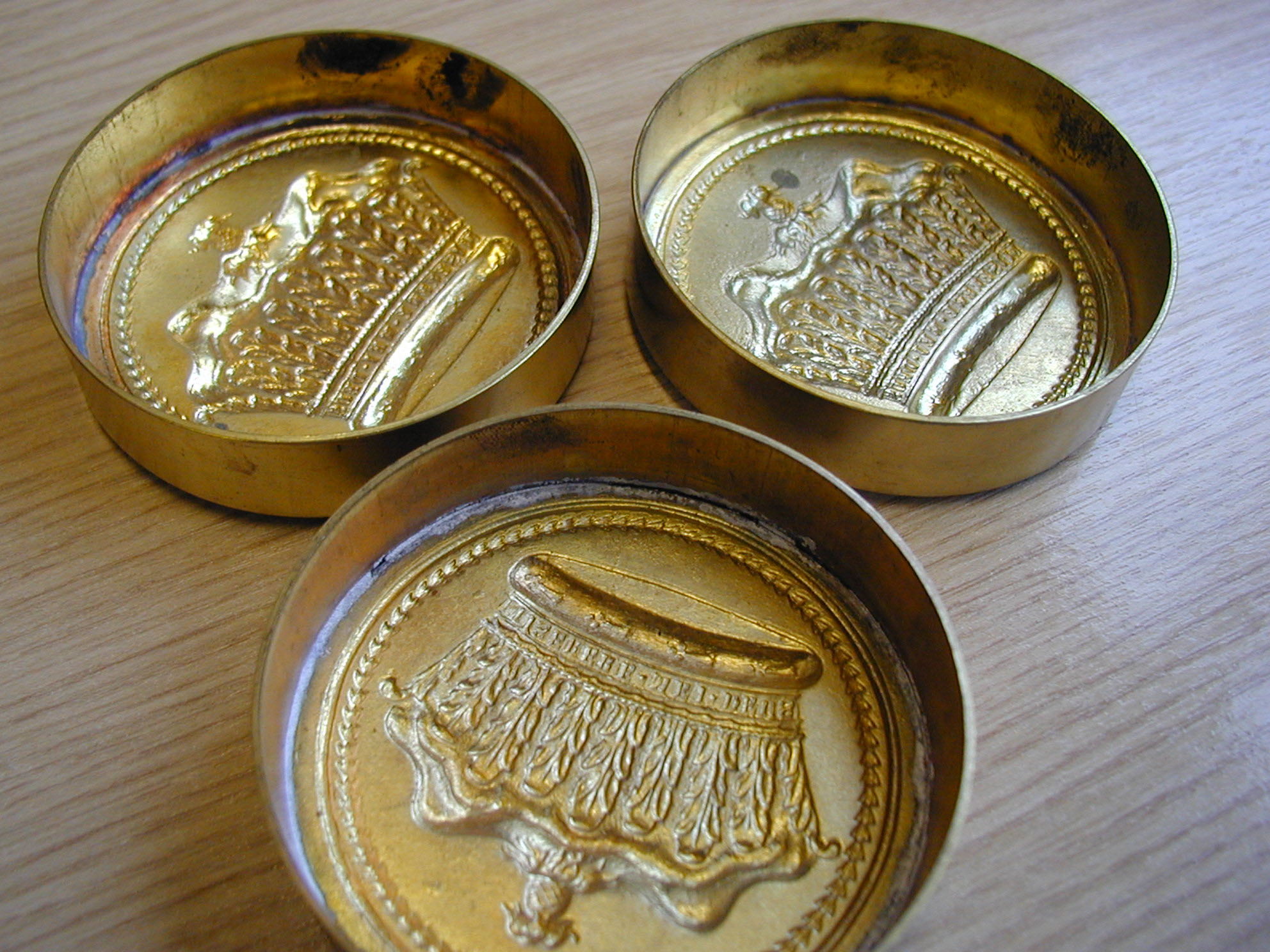