Coloured newspaper clipping encased in a laminate sheet. The main photograph shows Lil seated in a floral chair holding, in her right hand, her card from the Queen, and a glass of red wine in her left hand. To the left of this photograph is the main text of the article, below which is a smaller photograph of Lil with her son Alan on her right and her daughter-in-law Brenda on her left.

Inscription Printed On front: Working hard drives Lil, 100 A GREAT grandmother is celebrating her 100th birthday today. Elizabeth Prevost (nee Westover) has lived in Over for the last 30 years since she moved from Essex to be closer to her only child, Alan, in Swavesey. Known as Lil, the self-taught dressmaker, born in Bethnal Green, East London, became renowned in the village for her sewing and knitting for fundraising events and for clothes alterations. Following the death of her husband Albert in 1986, she supervised the building of a new bungalow in Station Road, Over, aged 83. Daughter-in-law Brenda Prevost said it was Lil’s work ethic that kept her going. She said: “She is one of the last East End matriarchs. She has been very hard-working all her life and if anyone asks how she has lived so long, ‘hard work’ is how she always replies. “It annoyed her when she reached her 90s and she could not paint or put up the wallpaper. She would put any man to shame the amount of work she would do.” A birthday tea for family, friends and carers was being held today at the retirement home in Elm Court, Drings Close, Over, where Lil now lives. 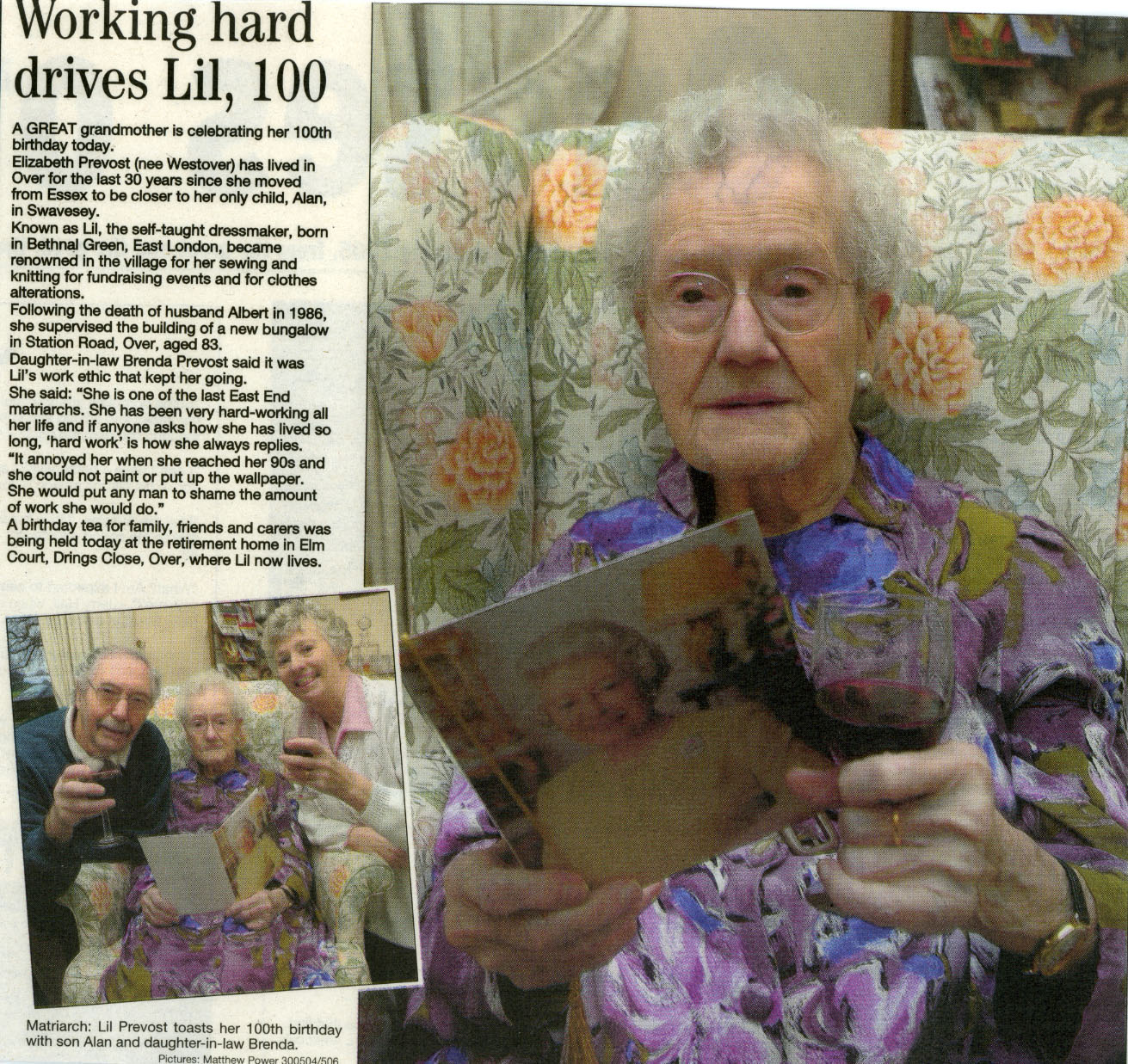