Large ceremonial key commemorating the opening of Dagenham Hospital in 1899. Opened by Alderman M. Adamson who was Mayor of West Ham. Alderman Adamson was a distant relative of the doner. The Dagenham Sanatorium, Rainham Road South, was opened in 1899 as a smallpox hospital for the county borough of West Ham, and later became a Turberculosis sanatorium, and then the general hospital for Dagenham.

Engraving Head reverse: In / Commemoration / of the opening of the / Dagenham Hospital/ by /Alderman M. Adamson. J. P./ The Worshpful The Mayor /of the County Borough /of West Ham/ March 25th /1899 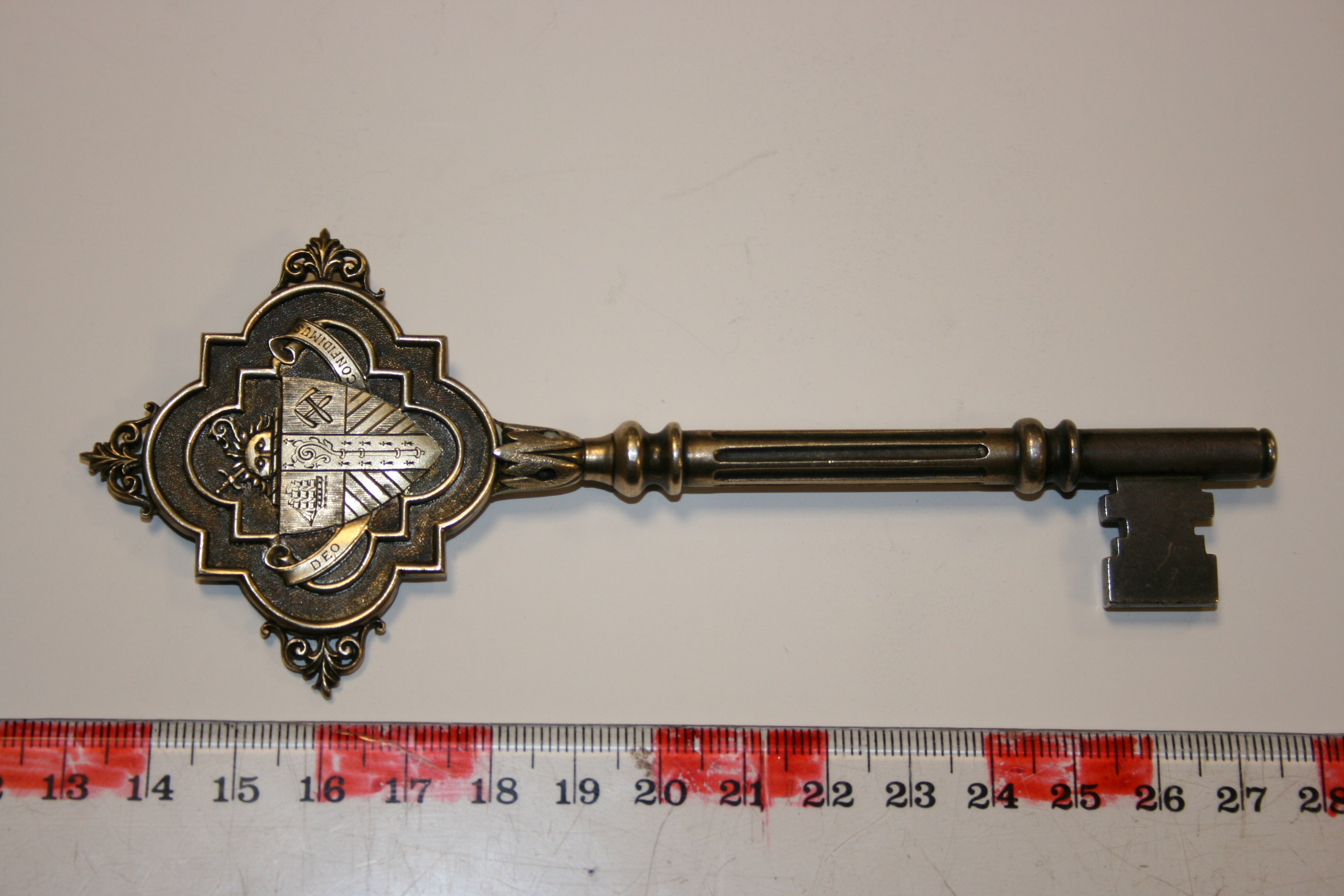 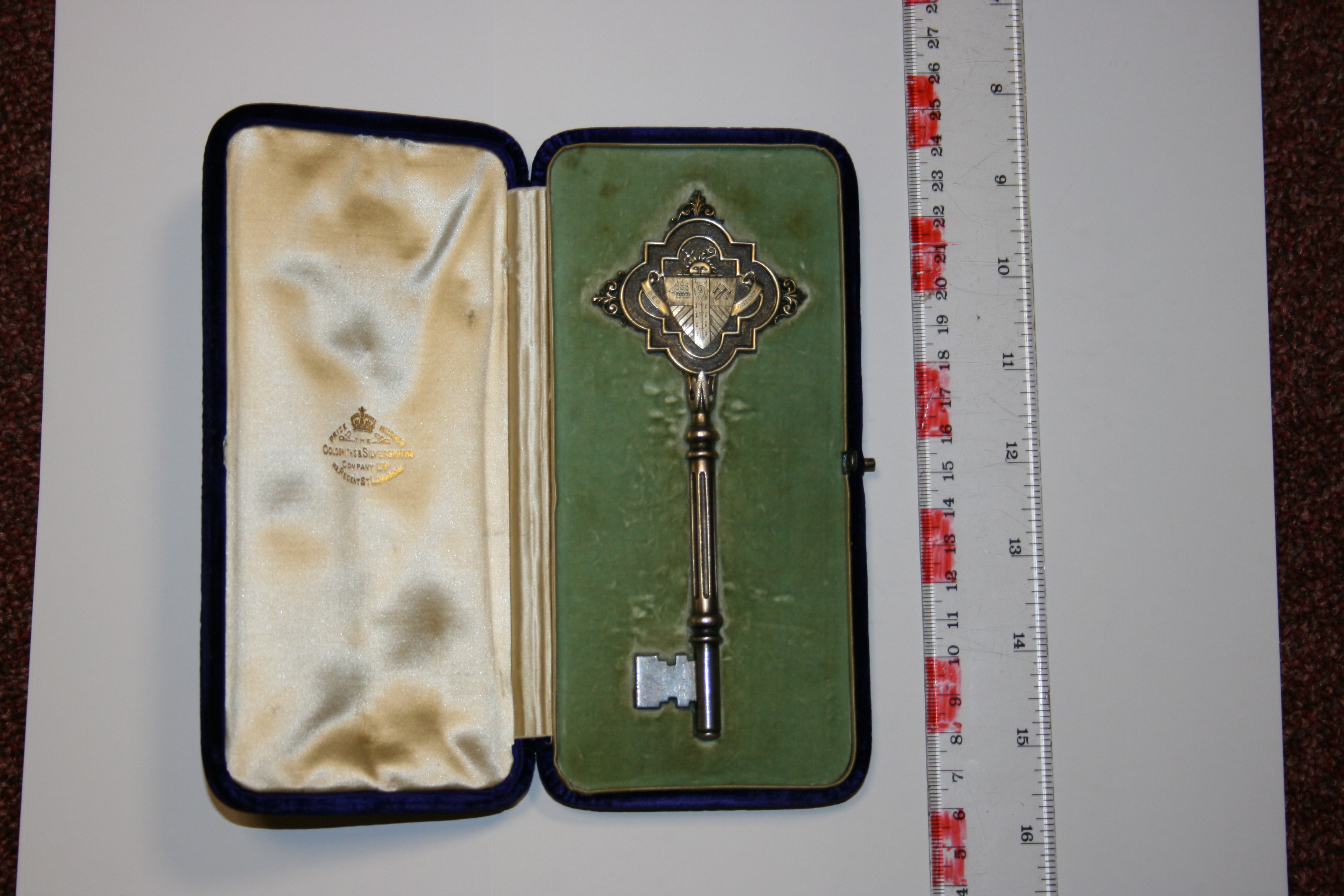 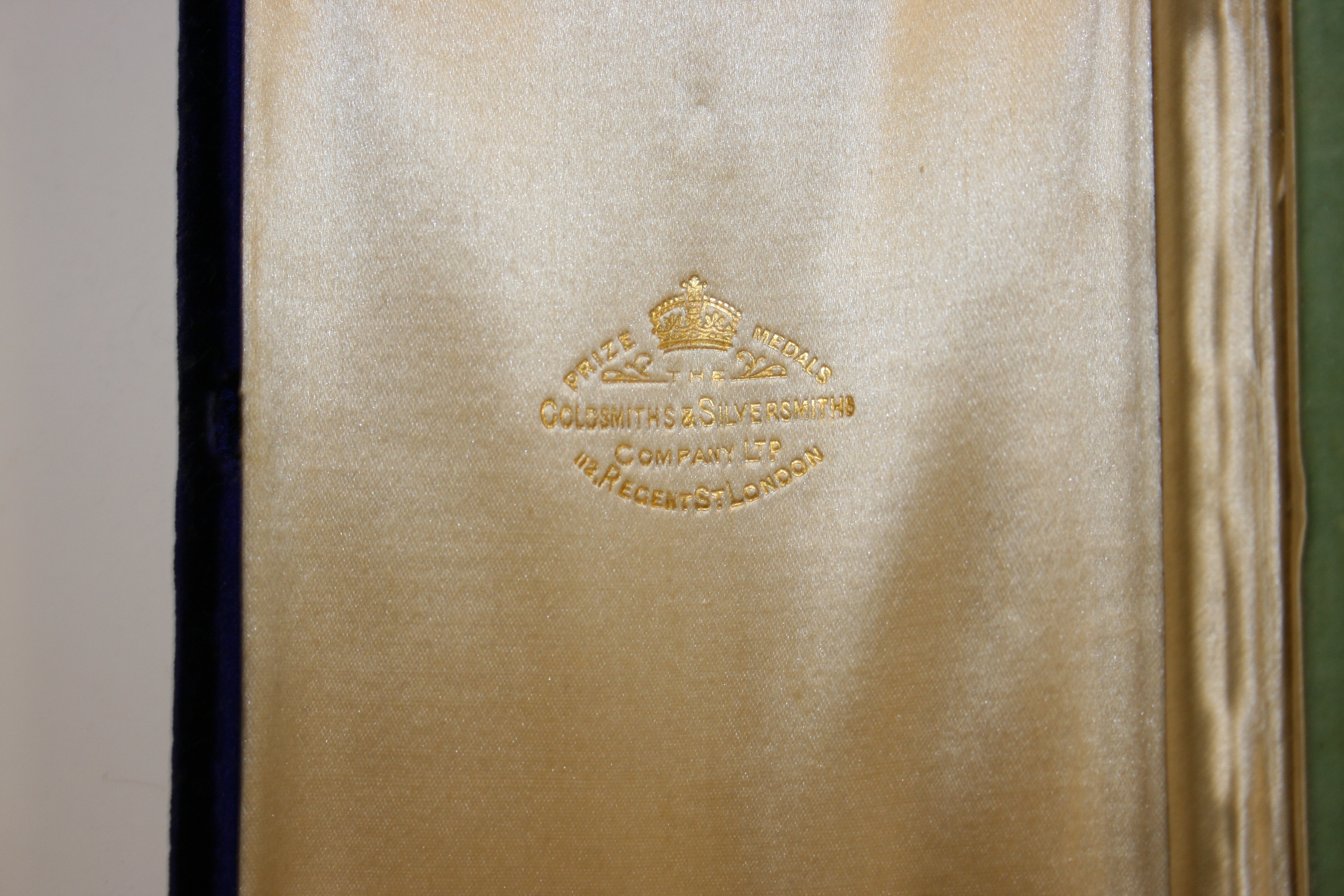 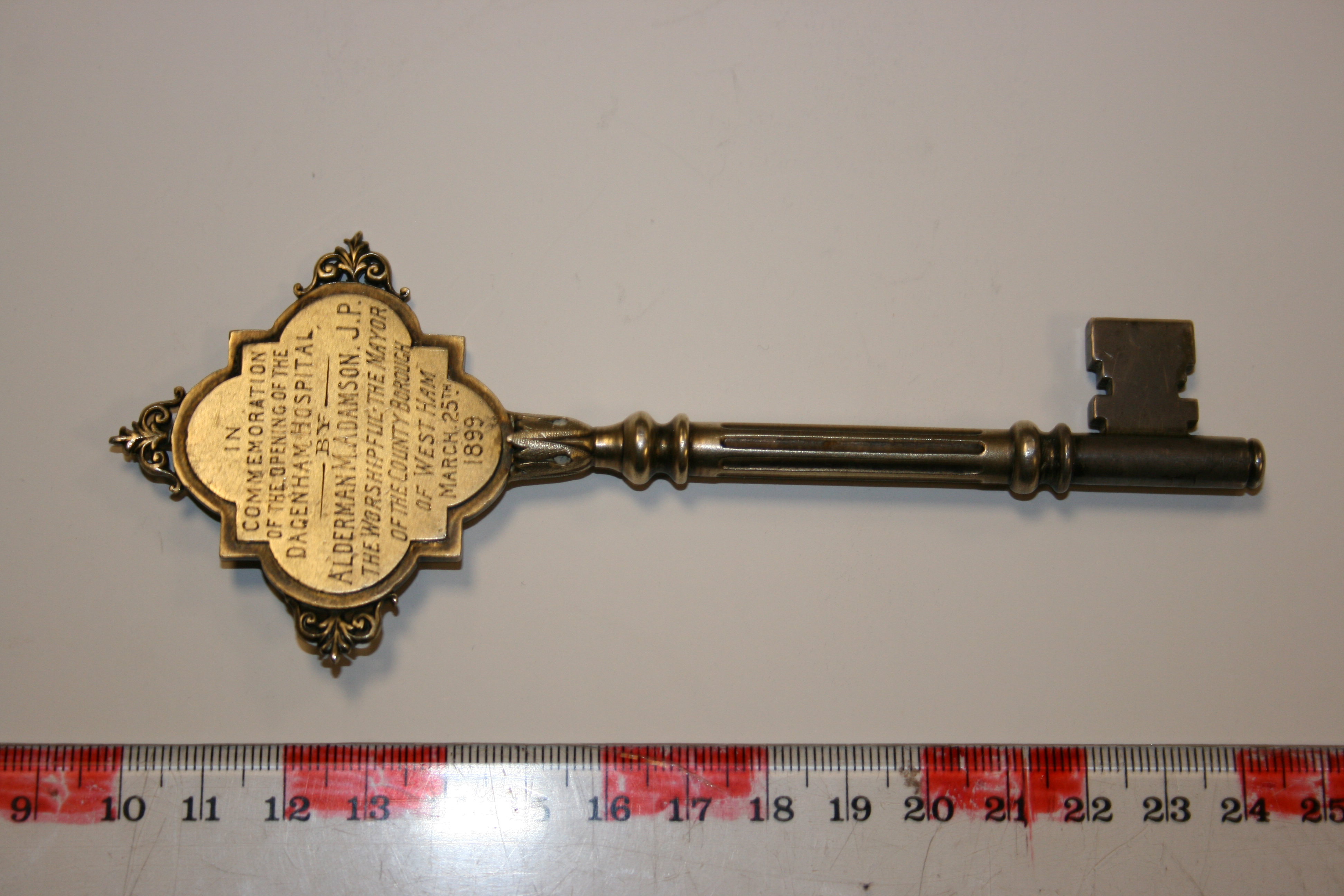 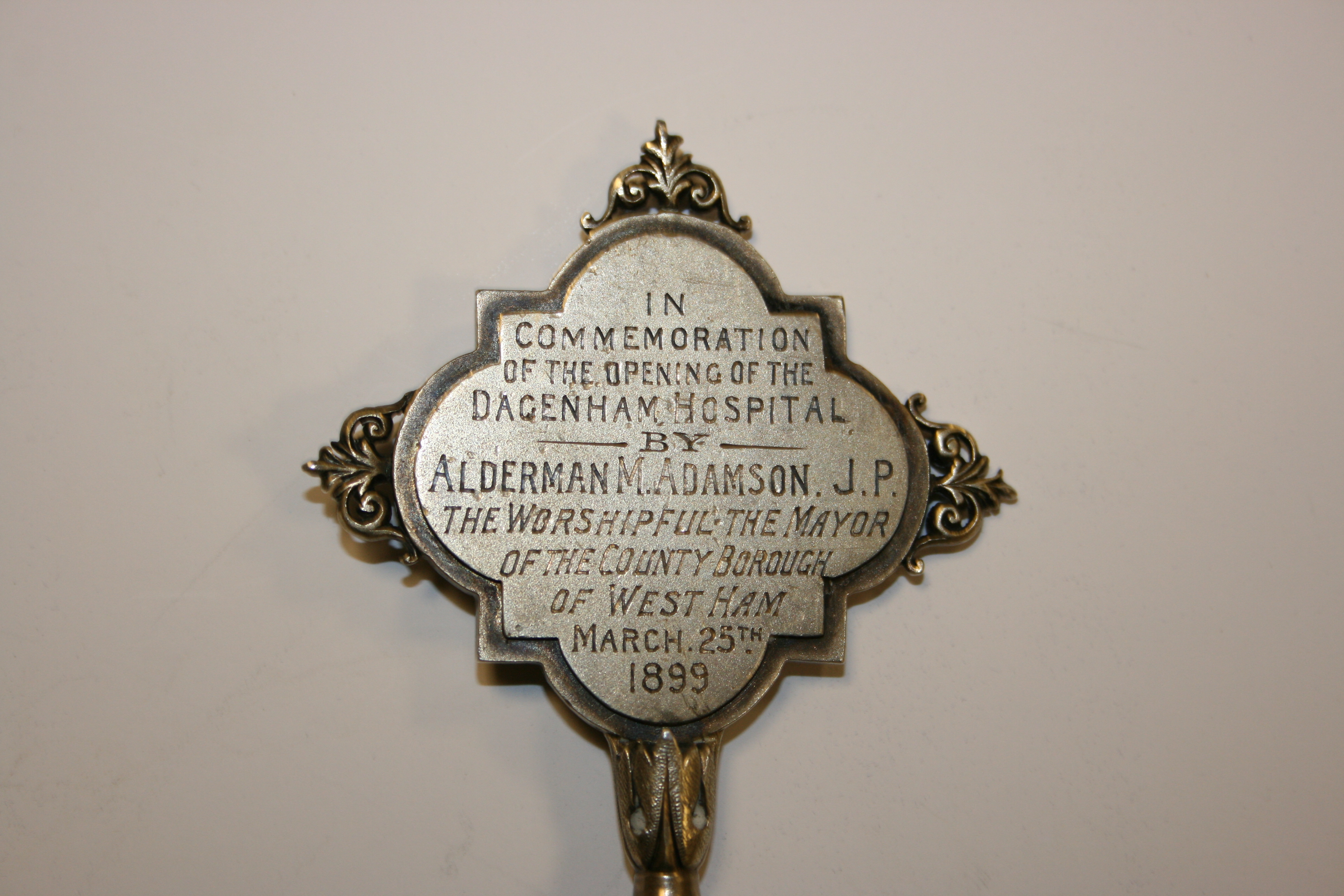 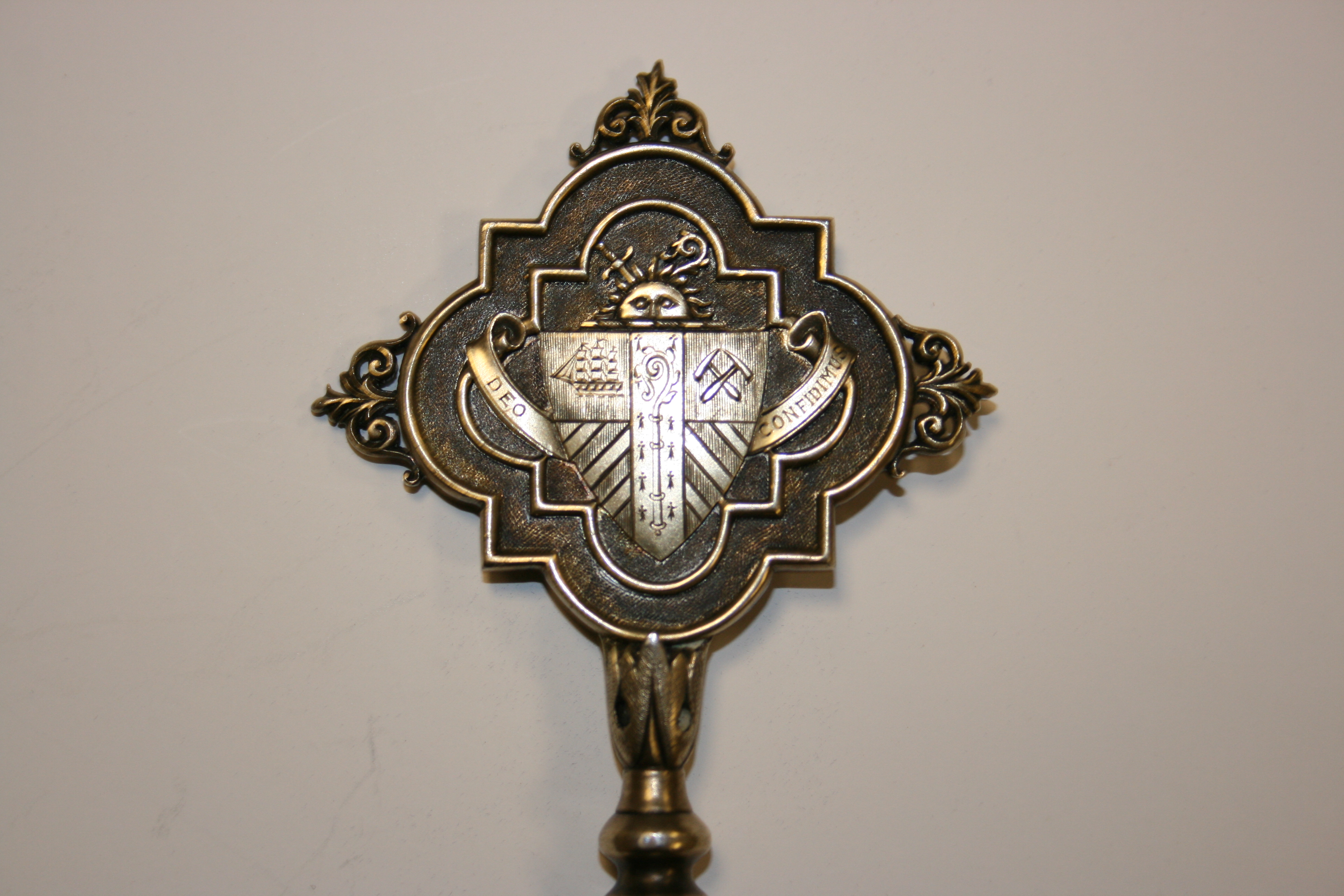