A black velvet jacket with 6 silver buttons. Silver woven metal braiding decorates the sleeves, bottom and collar of the jacket. There is a lapelle with similar braiding on the sholders. 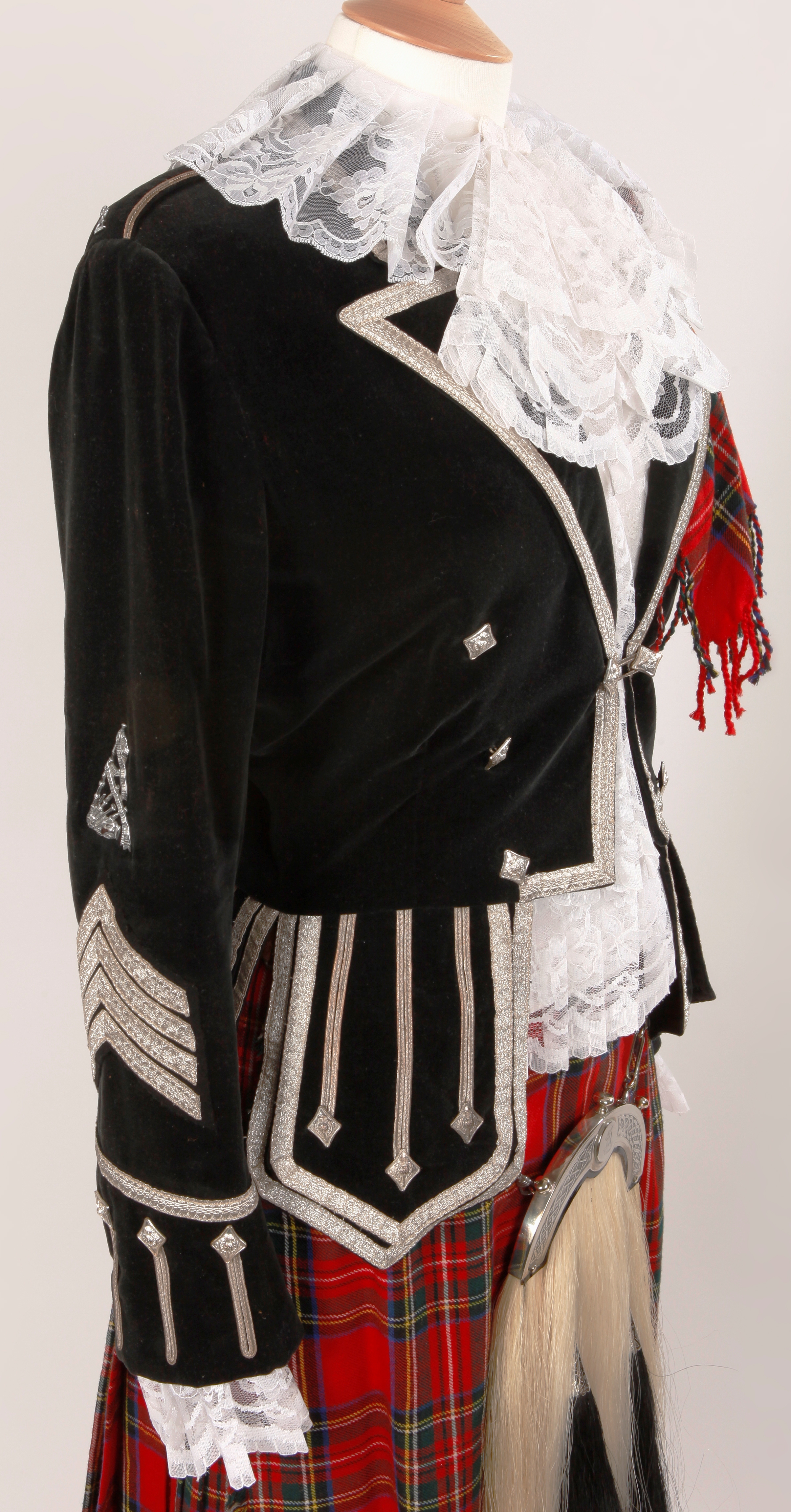