Hat: From a complete Dagenham Girl Piper uniform dating from the 1940s. this belonged to Peggy Iris, an original band member and first Pipe Major for the band.

A black velvet beret style hat. With a decorative silver brooch with a large orange stone possibly citrine in the centre, surrounded by small black and large brown feathers. 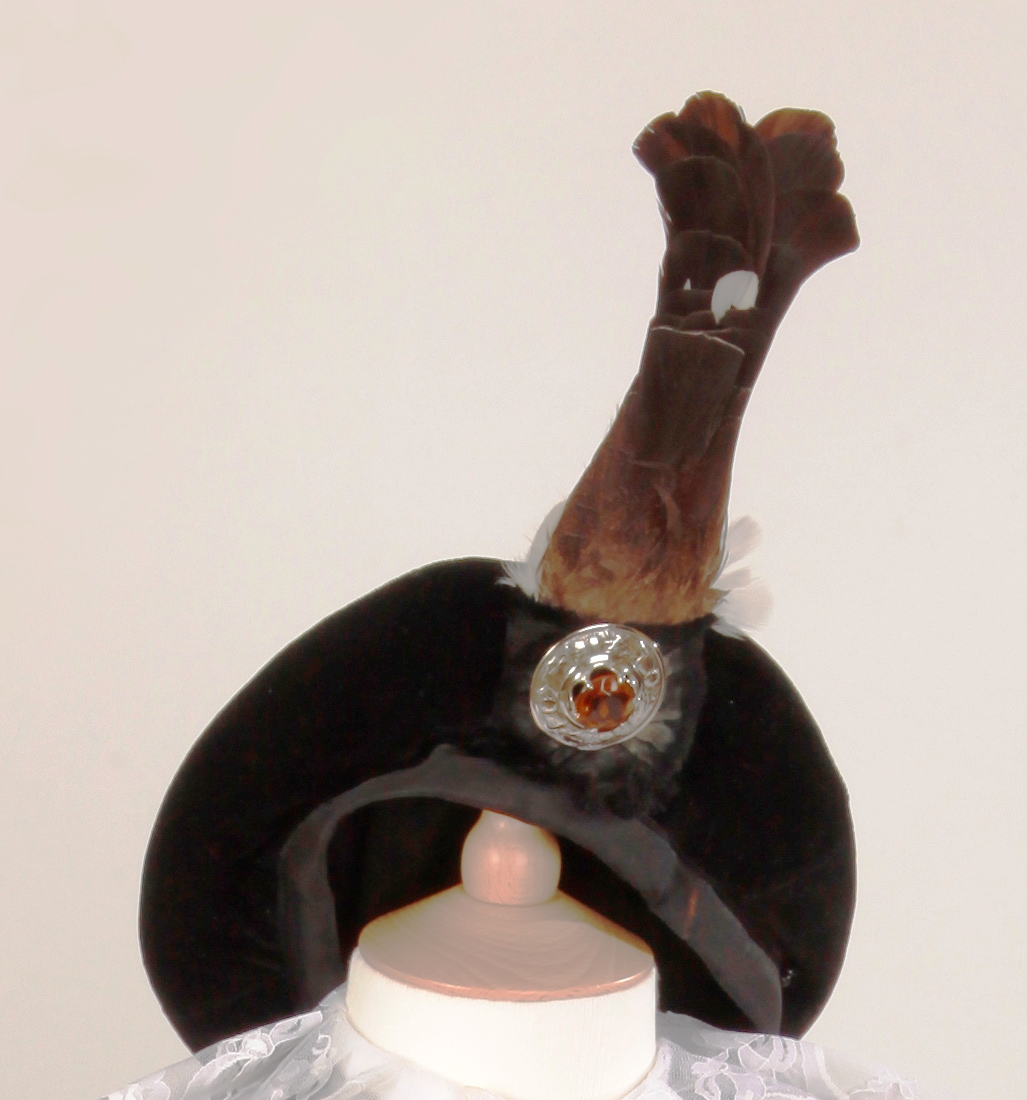