Dagenham & Redbridge F.C. football shirt - 2006-07 season. Signed by all the current players. Size XL. On the 7th April 2007 Dagenham and Redbridge FC beat Aldershot Town at home in front of a new record league crowd (4,044) to clinch the Nationwide Conference title with five games remaining, becoming the first team promoted in all the English leagues. They ended the season 14 points clear at the top of the Conference league. As Champions the club won promotion into the Coca-Cola Football League Two. The Borough and Club celebrated with an open-top bus parade through Dagenham to show the Champions trophy. Dagenham [The Daggers] Football club was established 1949, and moved from Dagenham Arena to Victoria Road in 1955. Redbridge Forest FC shared the ground in 1990, and in July 1992 to two clubs merged under manager John Still. During the 2005 close session a majority of the squad were made full time.

Red t-shirt with a v-neck and white fold over collar. A royal blue strip runs along the shoulders and a white strip runs along the front and back of the sleeve. A royal blue band runs along the hem. The right breast bears the stiched white logo of the t-shirt maker. The left breast bears the stiched coat of arms of Dagenham & Redbridge FC. At the centre of the chest is a large transferred logo of West & Co, sponsors of the team. On the back of the shirt, below the collar is a stiched, white ?Daggers? badge. Below this is the transferred logo of Spicer McColl, another sponsor. 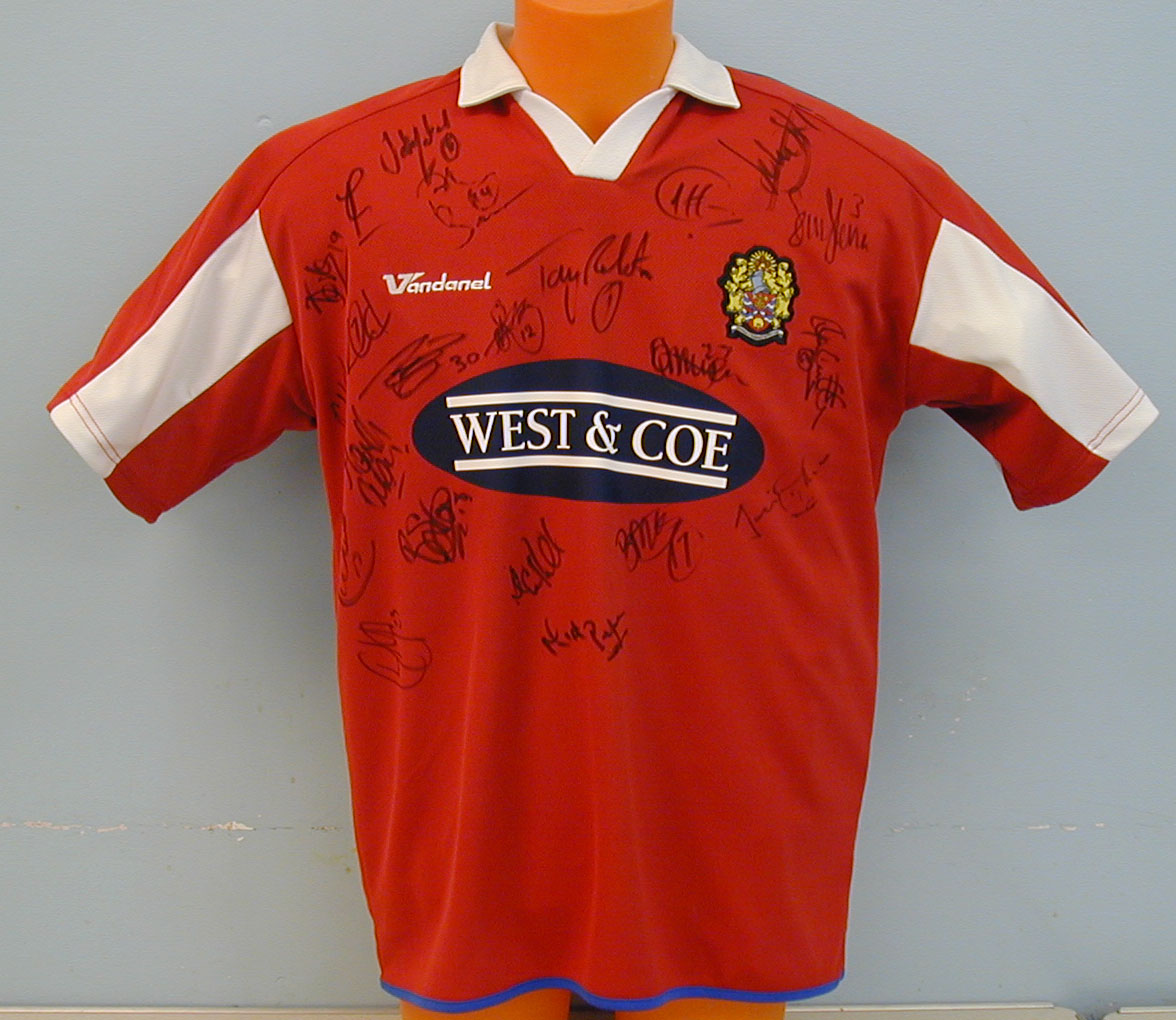 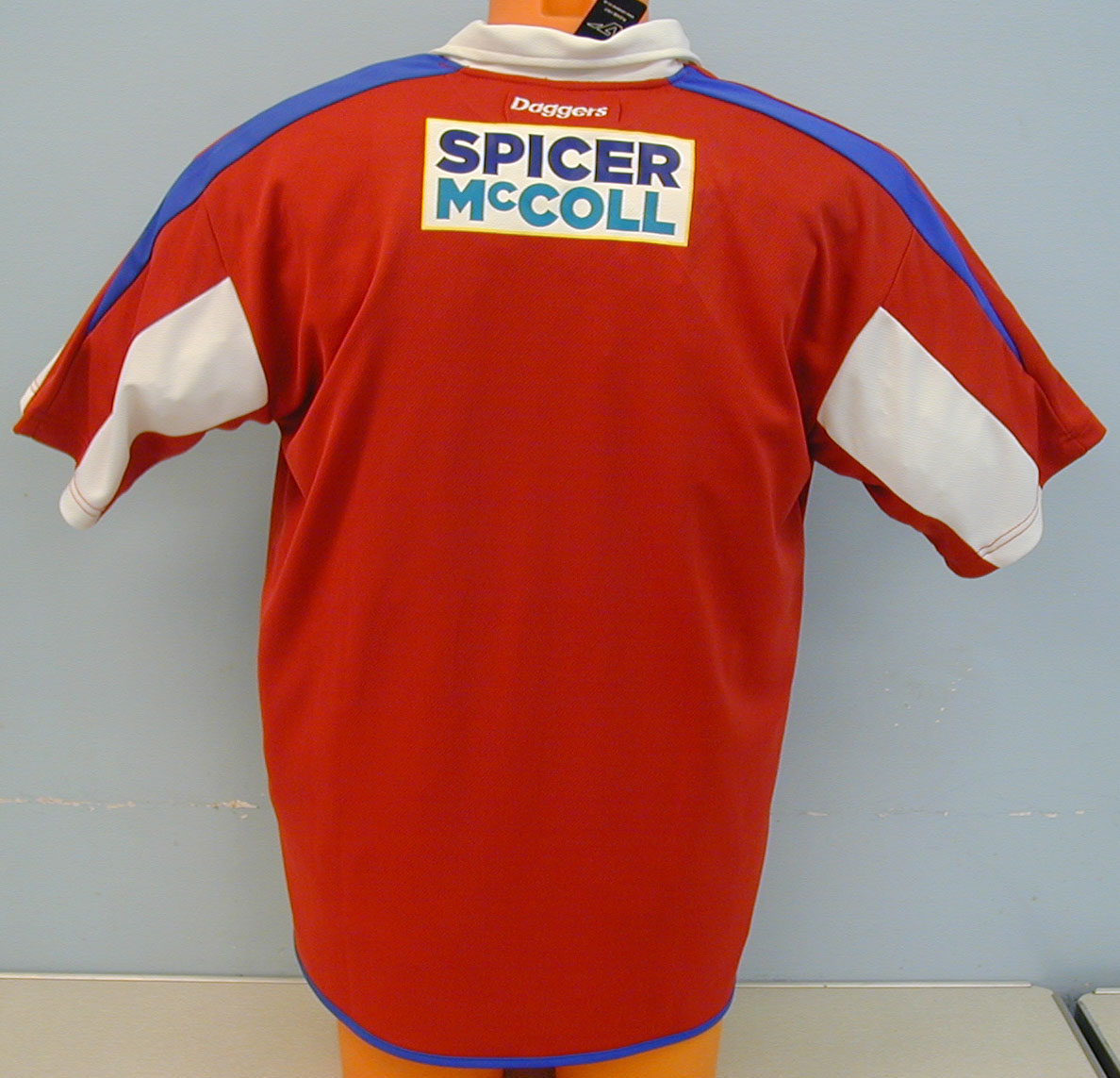 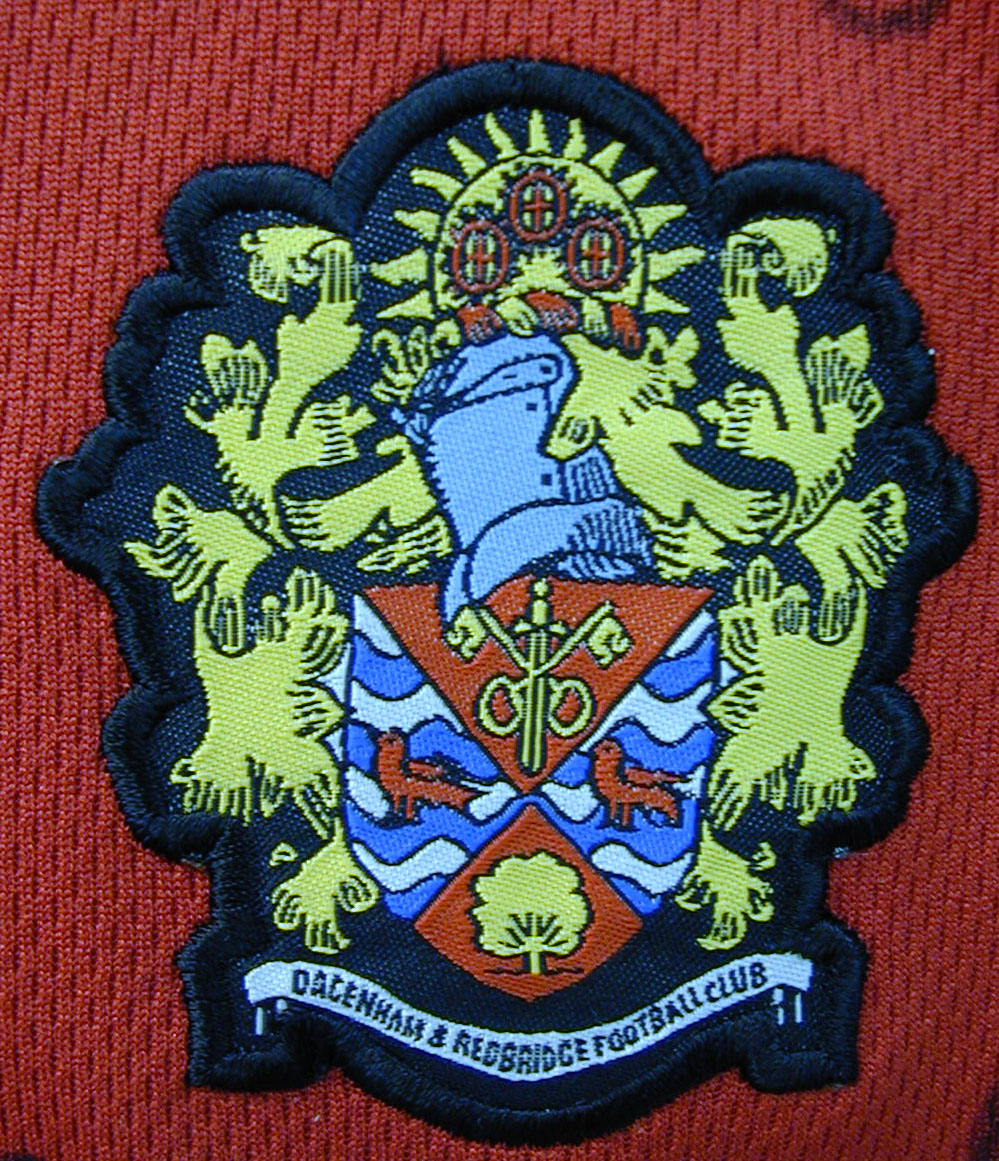 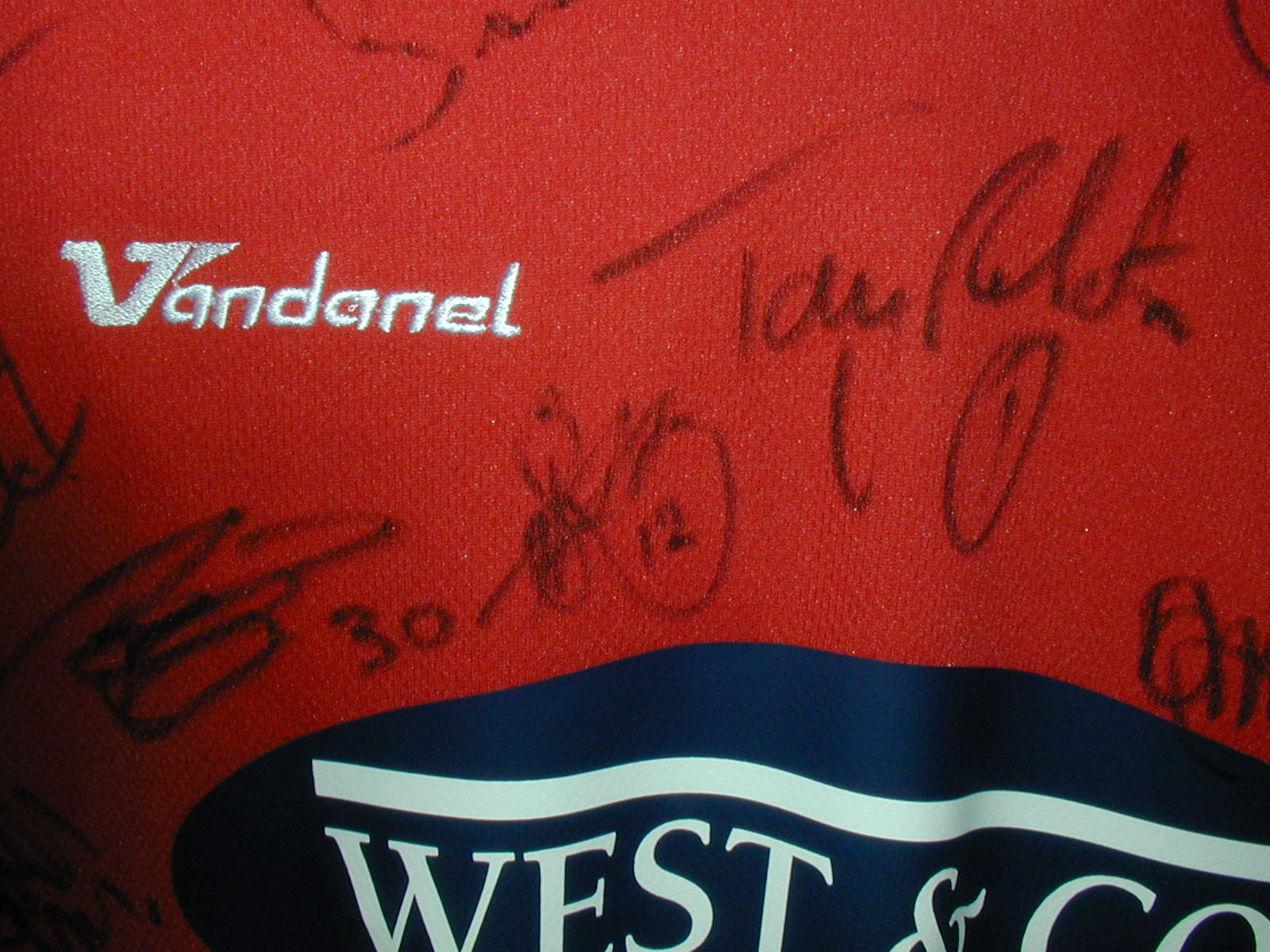