Large plaque presented by Mr and Mrs Brookes for the Dagenham Town Show annual challenge Tug of War competition. Awarded between 1961 and 1983.

Large wooden plaque with square sides that has been made in two sections. There are two square notches in the lower corners and a rounded section at centre top. In the centre is a large decorative silver plaque with a circular scene depicting a tug of war competition. This is surrounded with art deco motifs. The central decoration is surrounded on three sides by silver shields bearing the names of the winning teams. 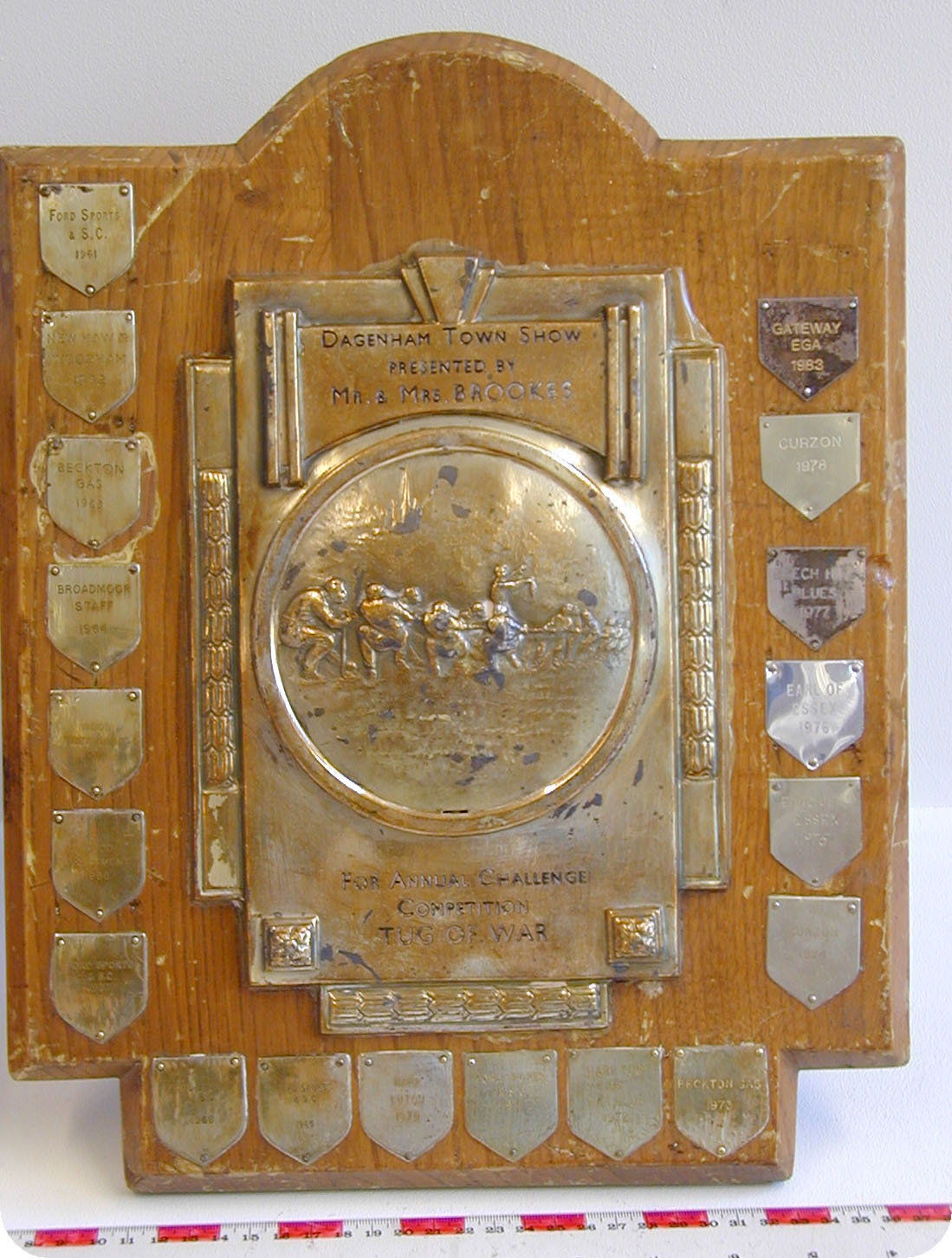