Dorothy was the daughter of Sir Giles Alington of Horseheath, Cambridgeshire. Her younger sister became Anne, Lady Fanshawe, (See no.11). She appears to have been named after her mother Dorothy Cecil, who was the daughter of Thomas, 2nd Lord Burghley. On 29th May 1623, Dorothy married Sir Thomas Leventhorpe, 2nd Baronet of Sawbridgeworth, Hertfordshire. Dorothy gave birth to seven children between 1625 -1635, and in 1636 her husband Thomas forced a duel with Sir Arthur Capel, which resulted in his death. Her eldest son, John, succeeded to the title but died without a son in 1649 and at that point the title passed to his 14 year old brother Thomas, the 4th Baronet. The 4th Baronet's wife was Mary Badell (See no.30). Conservation of the portrait in 1973 revealed that Lady Dorothy Leventhorpe's Puritan collar has been painted at a later date. It is assumed that the addition was made to cover the low cut of the dress, which had been in the height of fashion at the time of the painting. It is not known who made the changes but it is assumed that the same artist has also changed the position of the bow and added her earrings.

Bust length portrait of a lady wearing a black dress and white lace puritan collar with a black bow at the centre. She has shoulder length ringletted hair and is turned to her left. The portrait is set on a plain brown background.

Adriaen Hanneman; Dutch, c. 1603/1604 - 1671. Adriaen Hanneman was probably born in The Hague in either 1603 or 1604. In 1619, he became a pupil of The Hague portrait painter Anthony van Ravesteyn the Younger (before 1580-1669), and from this point on was himself exclusively a portraitist. In 1626, Hanneman went to England, where he lived and worked until 1638. In 1630, he married an Englishwoman named Elizabeth Wilson, the first of three marriages, none of which seems to have produced any children. A crucial event in Hanneman's career was the arrival of Anthony van Dyck in London in 1632. Van Dyck's style had a lasting effect on Hanneman, who was described by Cornelis de Bie in 1661 as a counterfeiter of the style of Van Dyck. In 1640, shortly after his return to The Hague, Hanneman was married for the second time, to Maria, daughter of Jan Anthonisz. van Ravesteyn, the elder brother of his teacher. Hanneman entered the city's Guild of Saint Luke in the same year. During the 1640s he assumed leadership positions within the Guild: in 1643 he was elected hoofdman, and two years later he was named deken, the highest position in the Guild. In 1656, Hanneman played an important part in the setting up of a rival guild for painters, engravers, and sculptors--the Confrerie--serving as deken and hoofdman several times during the 1660s. Hanneman continued to paint portraits in an aristocratic, Anglo-Flemish manner in The Hague, where a great demand existed for portraits made in the style of Van Dyck. His patrons included the exiled members of the English court, a number of whom visited Mary Stuart, the daughter of King Charles I and the wife of Willem II, the Prince of Orange. Hanneman's work was favorably received. By 1641 he was wealthy enough to buy a house in The Hague's fashionable Nobelstraat, and purchased the adjoining property in 1657. After 1668, however, he appears to have had serious financial problems, and it is possible that an illness he is known to have suffered in that year left him unable to paint. He was married again in 1669, to Alida Besemer, but died not long after in The Hague, in July 1671. 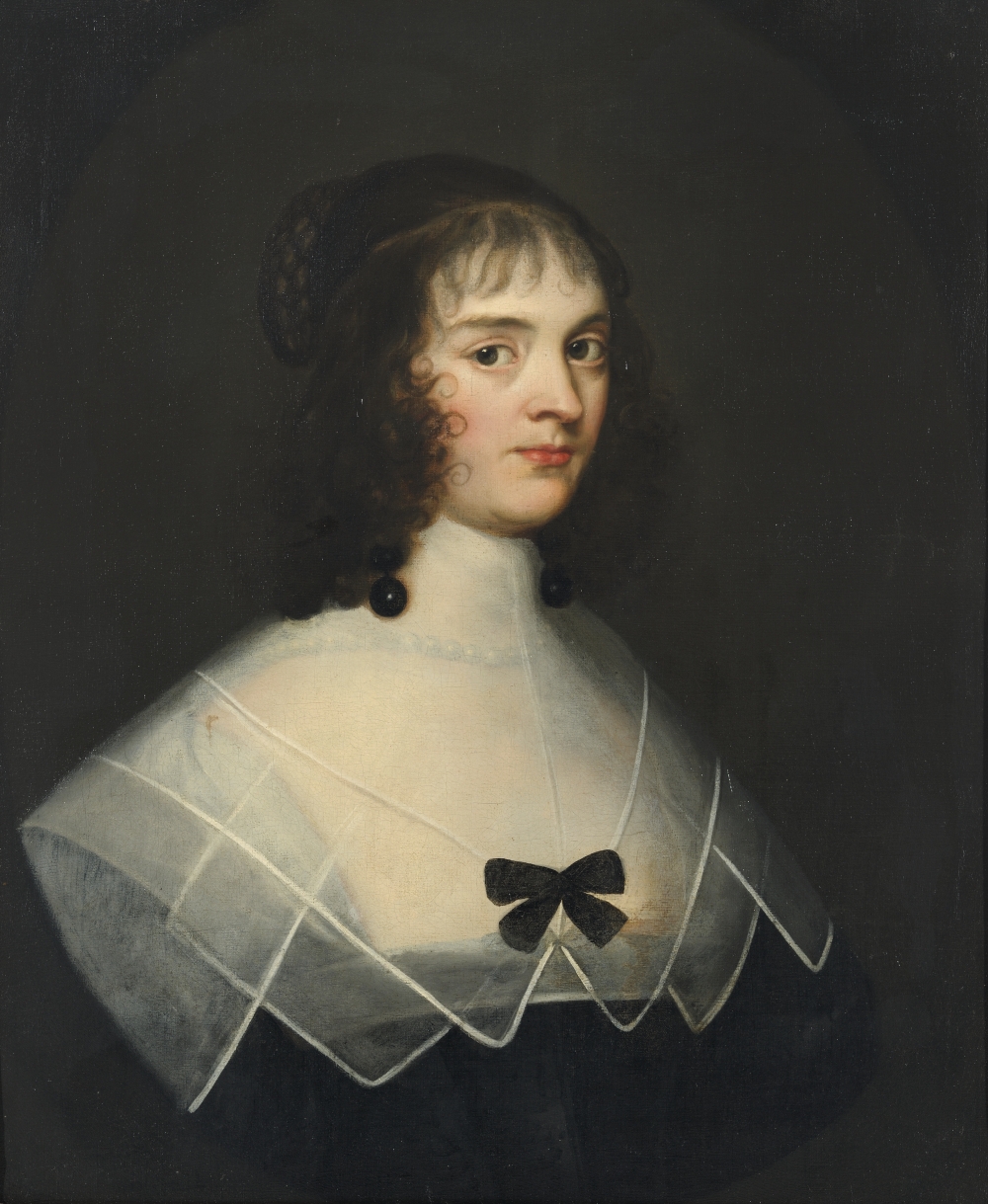