Elizabeth Coke was the daughter of John Coke of Melbourne, Derbyshire and was baptized on 5th February 1676, Elizabeth was descended, through her grandmother Lady Leventhorpe (See no.30) and Great-Grandmother Alice Bedell (See no.529), from Thomas Fanshawe (1533-1600) (See no.36). Her sister Mary (See no.35) was married to John Fanshawe (1662-1699) of Parsloes (See no.43). Referred to as Betty within the family, she left all her property to her niece Susannah Fanshawe (1698-1759) (See no.39), who lived with her and shares her grave at the church of Monken Hadley, Herts. Previously atrributed to Sir Godfrey Kneller.

Bust length portrait of a young lady wearing a dark blue, scoop-necked gown with white frilling around the neckline. She has her brown hair up with beaded decoration, and one long ringlet draped over her left shoulder. Set on a dark, plain background within a decorative feigned oval frame.

Sir Godfrey Kneller (August 8, 1646–October 19, 1723) was an artist, court painter to several British monarchs. Sir John Vanbrugh in Godfrey Kneller's Kit-cat portrait, considered one of Kneller's finest portraits.Kneller was born Gottfried Kniller in Lübeck, Germany. His brother, John Zacharias, was also a painter and also settled in Britain. A student of Ferdinand Bol and Rembrandt, Kneller became the leading portrait painter in England during the late 17th and early 18th centuries, and painted ten reigning European monarchs during his career, including King Louis XIV of France. In 1680 he was appointed Principal Painter to the Crown by King Charles II of England, and was later knighted by William III. He produced a series of portraits of 48 leading politicians and men of letters, members of the Kit-Cat Club. Created a baronet by King George I, he was also head of the Kneller Academy of Painting and Drawing 1711-1716 in Great Queen Street, London. He died of fever in 1723 and his remains were interred in Twickenham Church. (He was a churchwarden there at the time the 14th Century nave collapsed in 1713 and was involved in the plans for its reconstruction.) The site of the house he built in 1709 in Whitton near Twickenham is now occupied by the mid-19th Century Kneller Hall, home of the Royal Military School of Music. (http://en.wikipedia.org/wiki/Godfrey_Kneller) 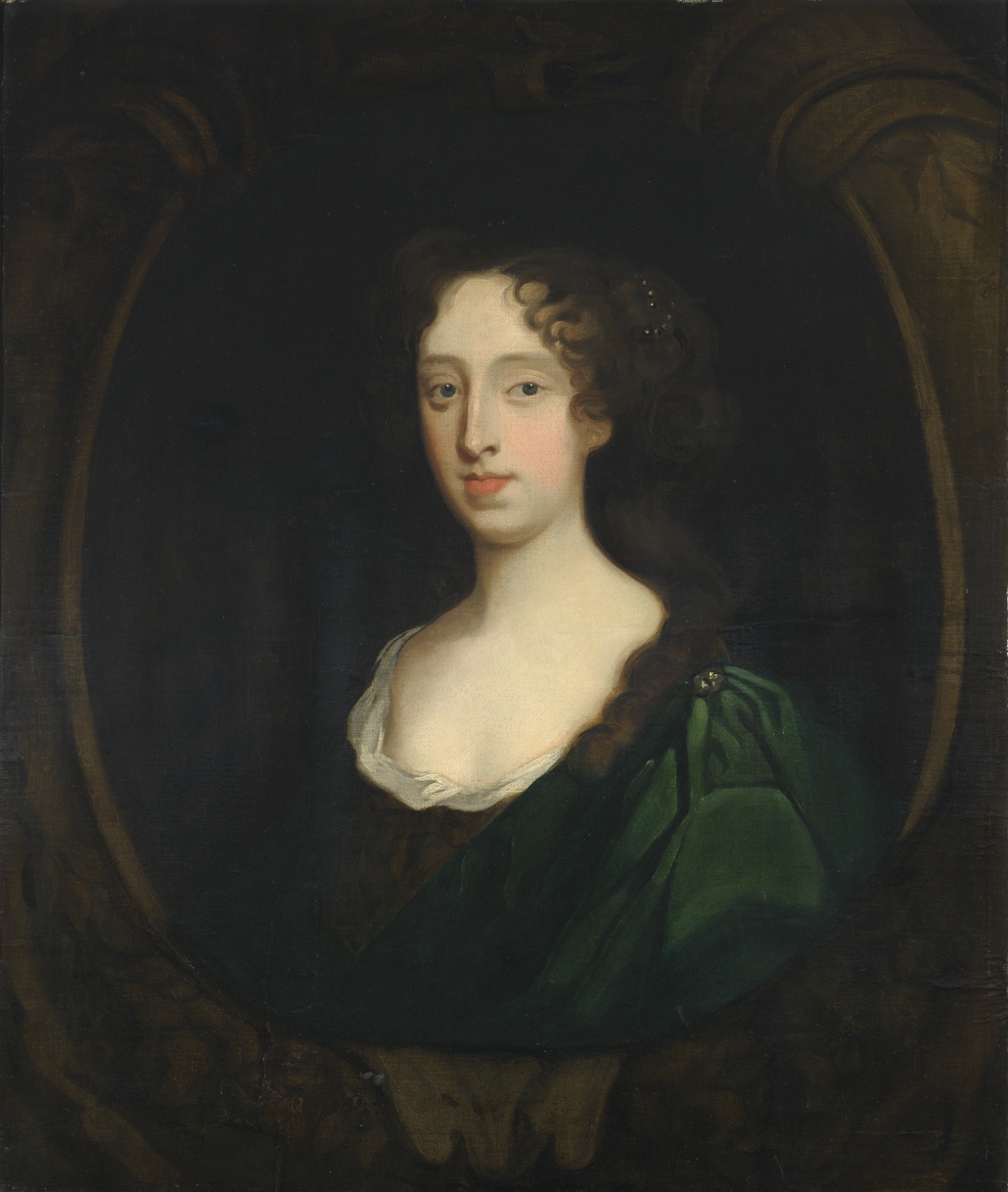