Elizabeth Cooper (or Cowper) nee Otten, wife of Richard Cooper and eldest sister of Susanna Fanshawe 1608-1668 (see no.42) of Jenkins. According to a property transfer undertaken by Richard Cooper, Elizabeth and her husband were alive in 1663, and they had two sons, Richard and Matthias, and four daughters, Susannah, Debora, Elizabeth and Katherine.

Oval bust portrait of lady turned slightly to left. She is wearing a dark green silk dress which has a wide, low neckline. The dress has white narrow lace frilling around the neckline and a pearl and gilt brooch at the centre. The sleeves are full and have a line of pearls along the seam where they join the bodice. She wears a string of pearls around her neck and large pearl drop earrings, and appears to have a gilt shawl around her arms (just visible on her left arm). She has fair, almost strawberry-blond, hair which she wears in wide side-curls, and has longer ringlets pulled forward over her shoulders.

Jacob Huysmans (b Antwerp, c. 1630; d London, 1696). Flemish painter, active in England. He was a pupil of ?Gilles Backereel (?1572–before 1662) and Frans Wouters, presumably in Antwerp, but he came to London before the Restoration. Works painted soon after his arrival in England include small pastiches of mythological and religious subjects by Anthony van Dyck, and much of his mature work is in a flamboyantly Baroque manner that derives ultimately from van Dyck’s second Flemish period and suggests, on a larger scale, the influence of Wouters. As a Roman Catholic he was acceptable to Charles II’s consort, Catharine of Braganza, and to other Catholics at the English court. Principally as a result of the Queen’s patronage, he enjoyed considerable success in the early years of the reign. When Samuel Pepys visited his studio in Westminster on 26 August 1664, he described him as a ‘picture-drawer ... which is said to exceed Lilly [Lely]’. Huysmans’s most important portrait of Catharine of Braganza, Queen Catharine as a Shepherdess (c. 1664; Brit. Royal Col.), was one of the pictures Pepys saw on that occasion. It is an elaborate display in the arcadian manner, the underlying forms rather stiffly articulated and the flesh smoothly worked, but the costume and the riotous display of accessories painted with a bravura, indeed, in places, a vulgarity, that foreshadows passages in the work of Franz Xaver Winterhalter. The colours are highly individual, and the paint is applied with a boldness unparalleled in this period. A pallid orange tone often gives a strange lurid atmosphere to the background of Huysmans’s compositions. (Grove Dictionary of Art) 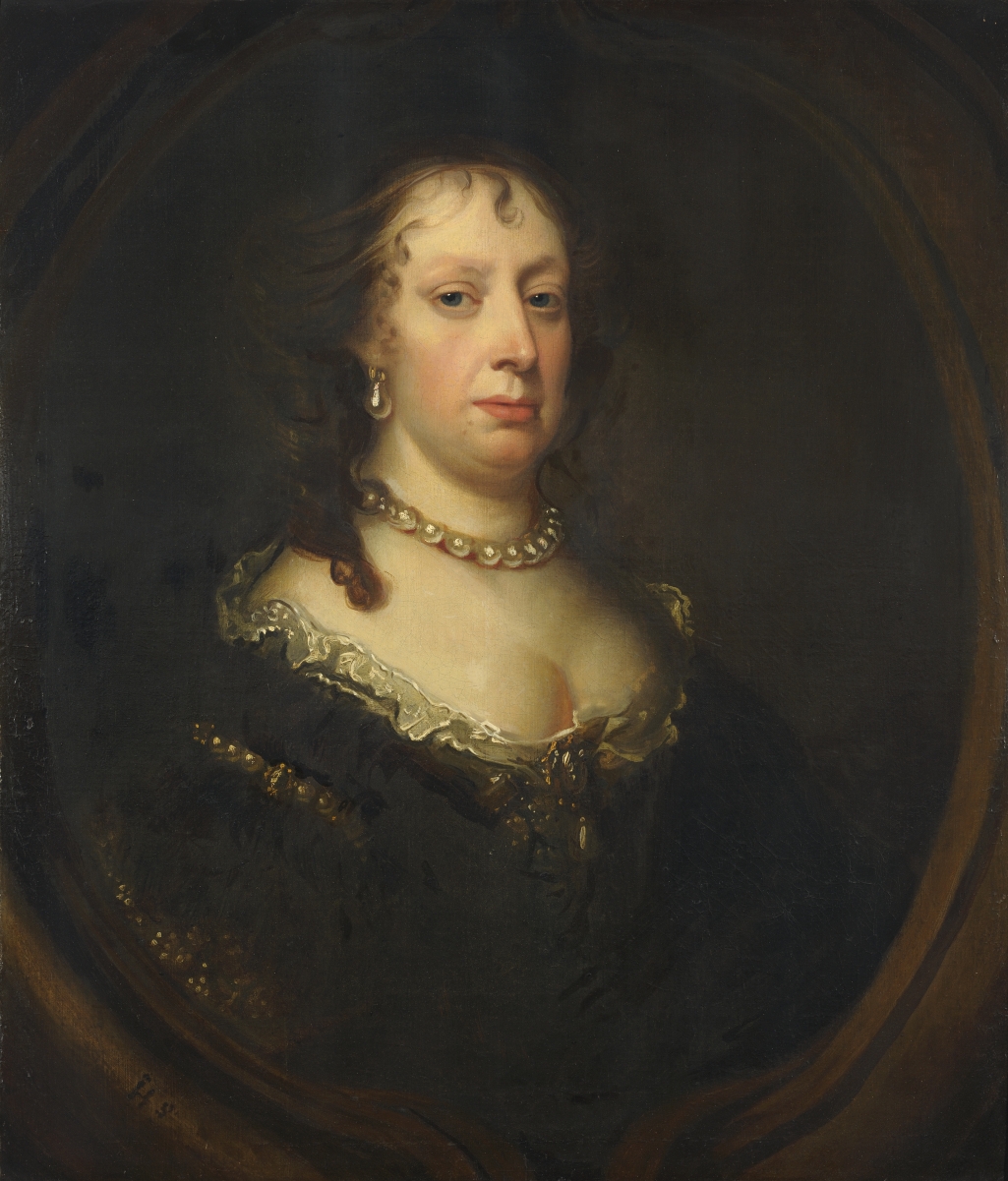