Etched mirror (to be completed)

Etched mirror from the shop of Pesci Bros., Ripple Road, Barking. The mirror is decorated with an underwater scene of fish and plants. It was positioned, within the shop, along the left hand wall as you entered, opposite the counter.
Gioachino Pesci (b1895) moved from Bardi, Parma, Italy to Merthyr Tydfil in 1912, and opened a Pesci family fish & chip shop. In 1934 the family moved to Barking and opened a new fish & chip shop at no.15 Broadway. This was compulsorily purchased by Barking Council a few years later for the building of the new Town Hall. However, WWII delayed the building work and a rag and bone man moved into the property. At this time there was only one other fish & chip shop in Barking - Bones’ on East Street. 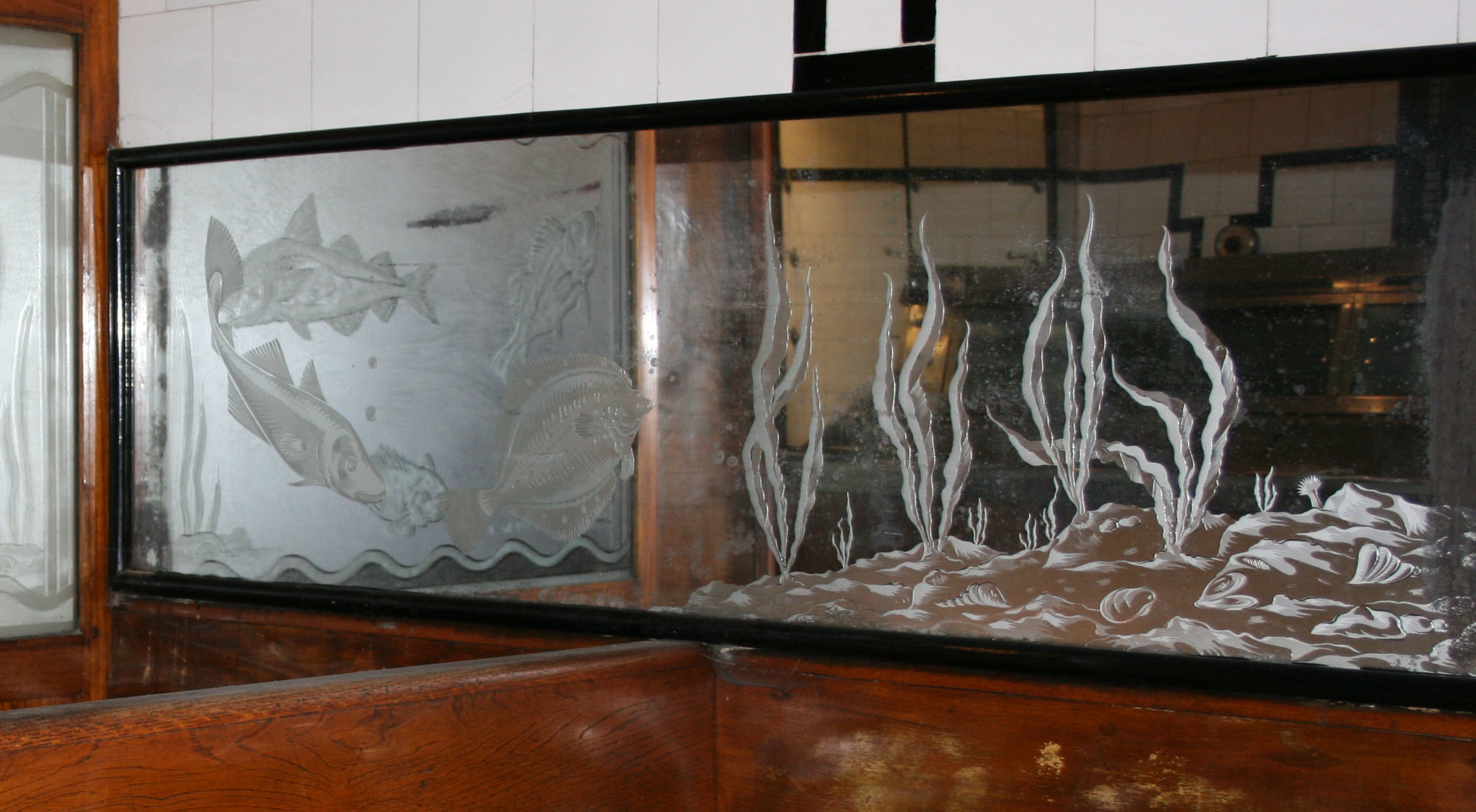 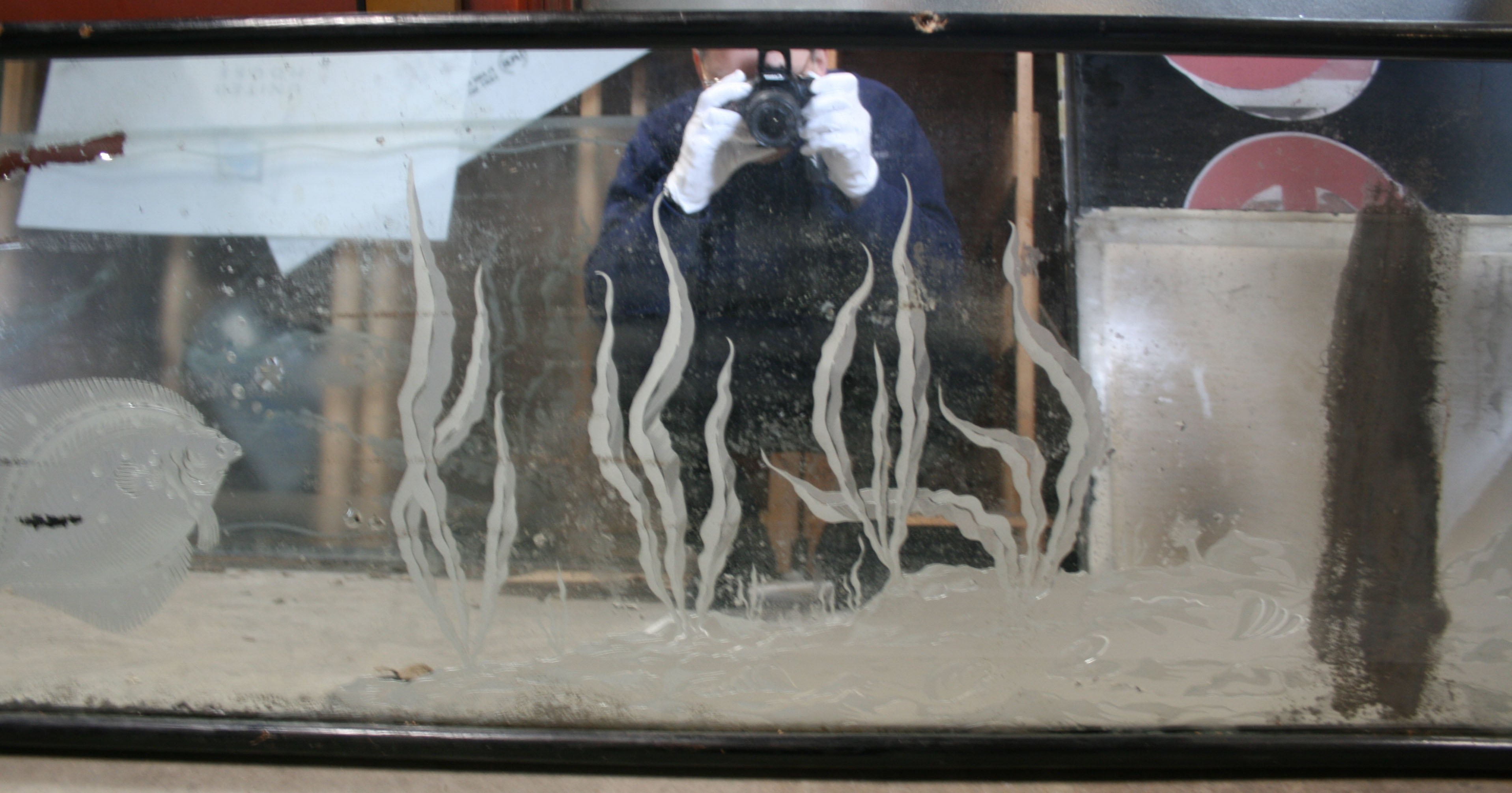 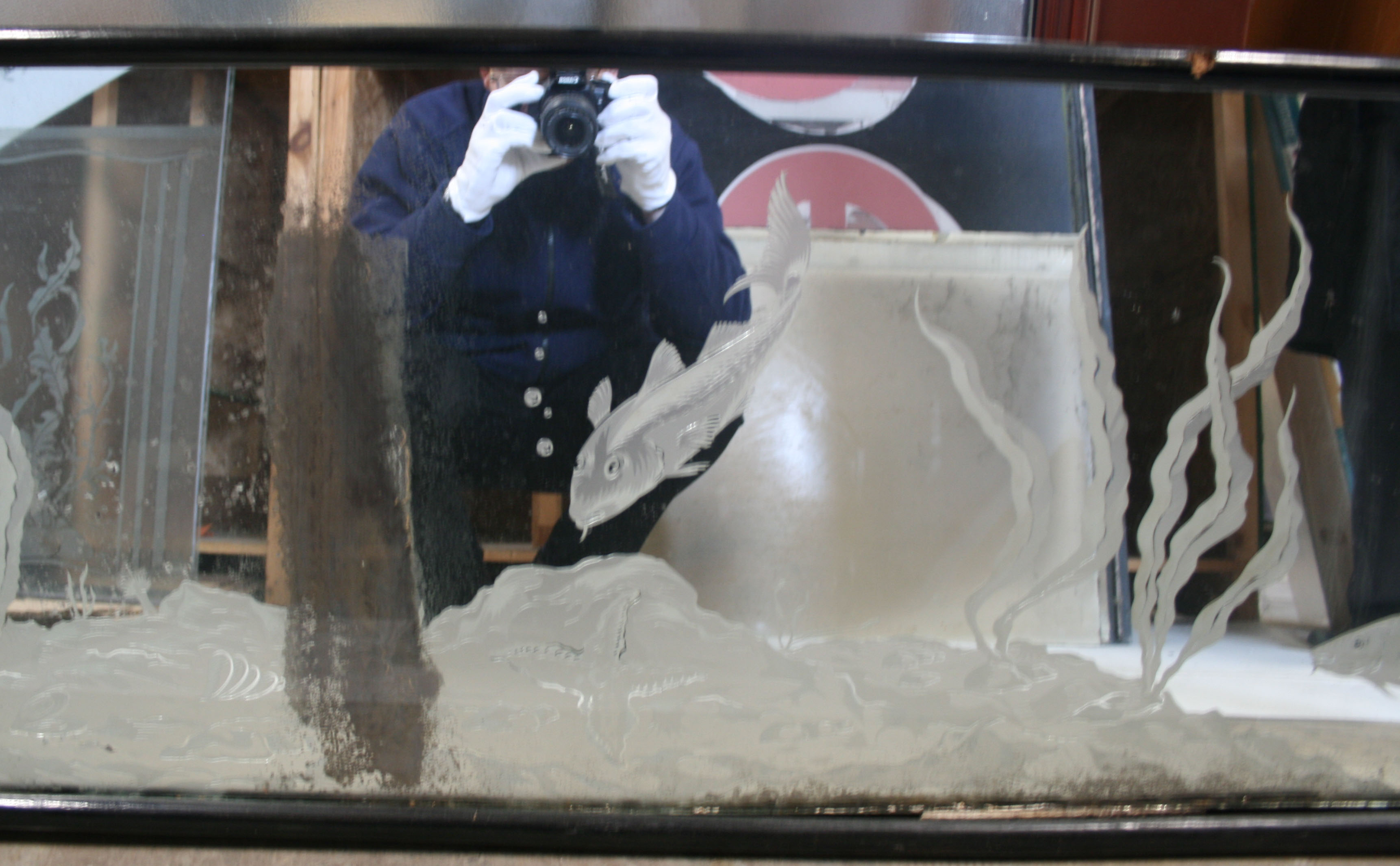