Programme with 7 printed pages, black print on white paper. Page 1: List of those taking part in the match. Page 2: Info on the Valley Stadium, Details of matches each team won to reach semi-final, Biography of referee. Page 3: Info on Dagenham F.C. and its players. Pages 4&5: Details of Slough Town F.C. and its players. Page 5: Half time scores for other matches played on 20th March. Page 6: Black and white photographs of both teams. Page 7 (back page): History of F.A. amateur cup competition.

Dagenham F.C., formed in 1949, were founder-members of the Metropolitan League and the Delphian League. In their first two seasons, as members of the Metropolitan League, they were runners-up and champions. In six seasons in the Delphian League, they were champions three times and runners-up on the other three occasions. The “Daggers” were elected to the Corinthian League in 1957, and were Corinthian League Champions in 1958-59. In 1963, Dagenham were invited to join the Premier Division of the Althenian League, and have been in that division ever since. They have yet to win the Althenian title, although they have been runners-up. It is quite likely that they will remedy that omission this season, for, although heavily committed in cup competitions, they have dropped fewer points than any other Althenian club this season. They are only four points behind the leaders, Walton and Hersham, with four games in hand. But the club’s real rise to fame has been under the guidance of their present manager, Ted Hardy. He was appointed in March 1967, and in the following season the “Daggers” won the London Senior Cup, Essex Senior Cup, London Charity Cup, and Mithras Cup. For good measure, they reached the final of the London Challenge Cup, and were second in the league. The following season, while still successful, was quieter by Dagenham standards, but last season they reached the Amateur Cup final, losing to Enfield. This season they hope to go one better. By beating Whitley Bay at Dagenham last Saturday, they have reached the semi-final this season – and without conceding a goal in the competition. 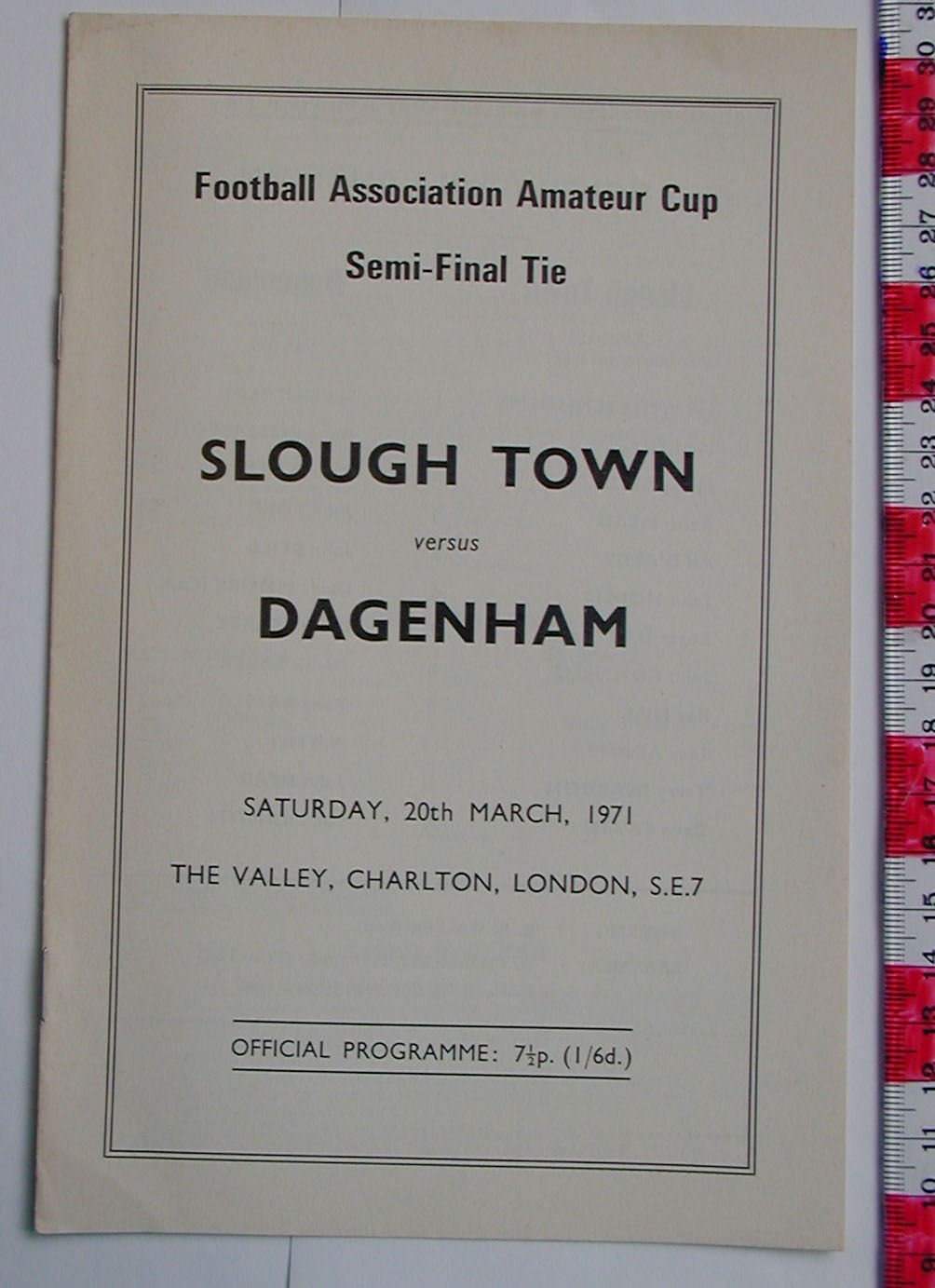