Paper receipt for money collected from the gas meter at 317 Becontree Avenue Dagenham, the home of Mr J.W. Jones. Dated 25.3.1937. A total of 17s. and 9d. were paid to the Gas Light and Coke Company for the gas used and rental of a stove. Receipt number is J644544. Found behind the electricity meter in the above house.

Rectangular piece of white paper with perforations along the top and left hand sides where it has been torn from a duplicate book. Printed throughout in black ink with spaces for completion by hand. Has been completed in black ink but water damage has caused the ink to bleed and smudge, making it look purple. 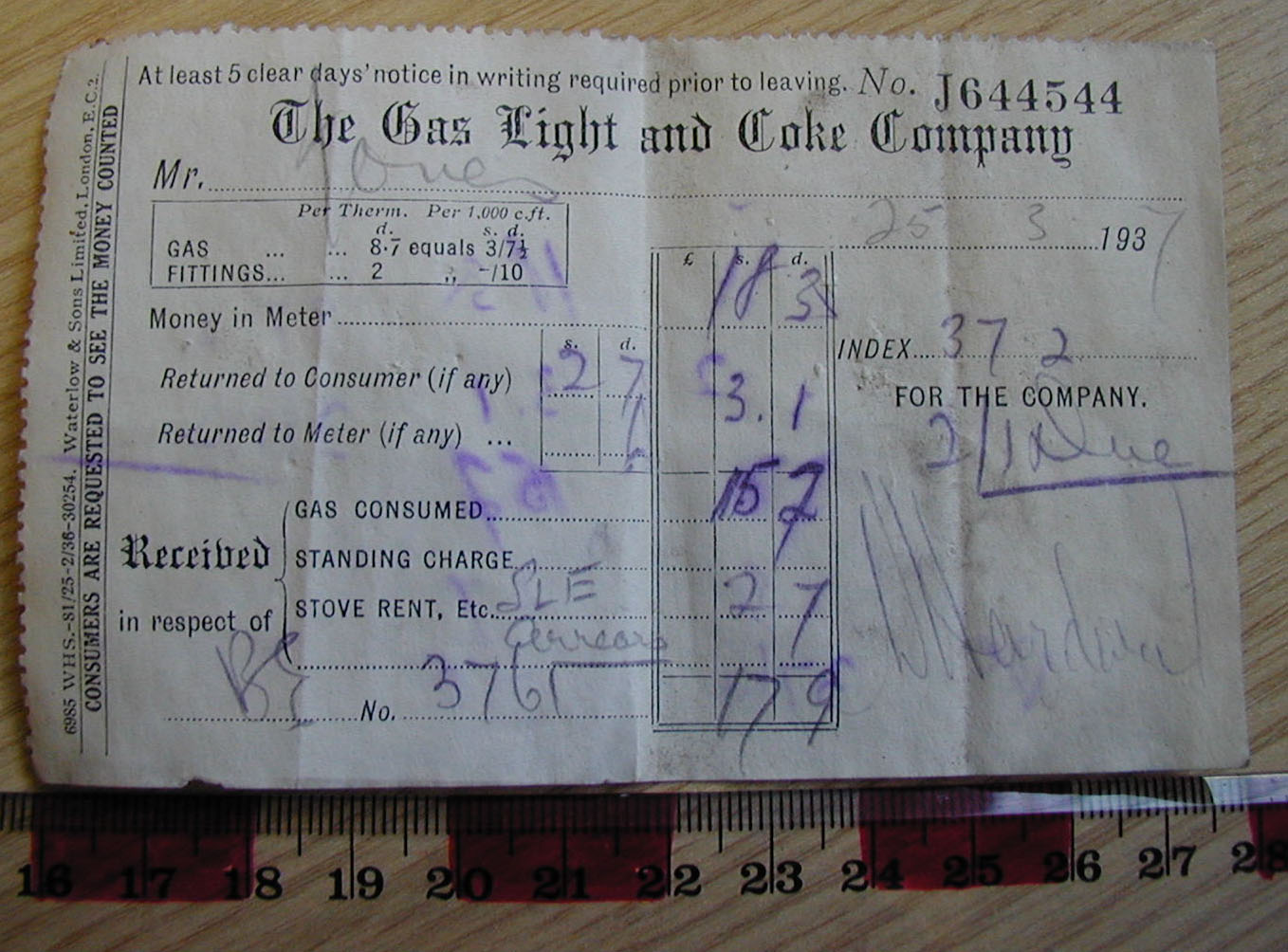