Henry Fanshawe was the son of Henry or Robert Ffaunchall of Fanshawe Gate, Derbyshire. Henry left Derbyshire to make his fortune in London at about the age of 16, and worked as a clerk in the office of the Exchequer during the reigns of Henry VIII, Edward VI, Mary and Elizabeth I. He became Remembrancer of the Exchequer in 1566, an office approximating to that of Permanent Under Secretary to the Treasury today. He was the first of nine Fanshawes to hold that office. In 1554 he married his first wife Thomazine Hopkyns, and he later married his second wife, Dorothy Stonard, with whom he had three daughters: Anne (1562-1584), Darraty (1565-1565) and Susanna (1567-1610). Henry owned property in London, Derbyshire and Essex, including the manors of Jenkins and Fulks in Barking, Ilford Leper Hospital and Clay Hall in Ilford, and the estate of Valence in Dagenham. As he had no sons, Henry made a protege of his nephew Thomas (see no.36), to whom he left his properties in Ilford and Barking. The estate of Valence was left to his younger daughter Susanna and her husband Timothy Lucy, in 1583, who went on to live there. Henry Fanshawe was buried at St. Margaret's Church, Barking on 8th November 1568, the first Fanshawe to be buried there. This portrait was purchased by the Fanshawe family in 1939 from Prince Charles Louis of Hapsburg Lorraine Bourbon, of Woodlawn Park, Loose, Kent. Previous to that it had been bequeathed to him by Archduke Franz Ferdinand of Austria-Hungary, who was assassinated in 1914; the action which caused the outbreak of World War I.

Bust length portrait of an aged man wearing a plain dark jacket. He also wears a tall, dark, broad hat, called a copotain, and a ruff around his neck, which was part of legal and official dress. He has a beard, known as a Cathedral Beard. Set on a plain, dark background. 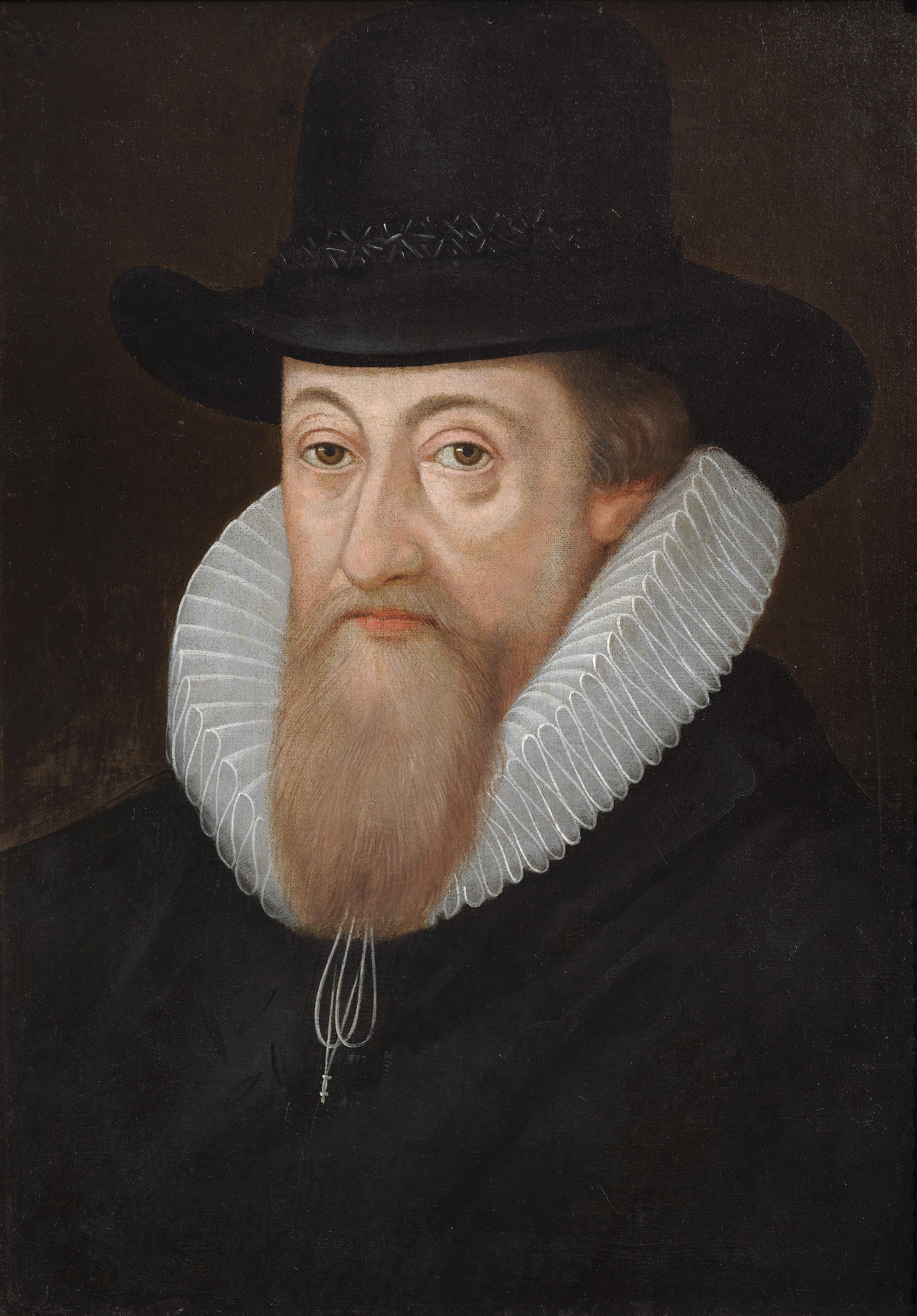