Hire-purchase receipt for a Marconiphone television and radio combination set. Issued by Bowmaker Limited of Bournemouth, Industrial bankers, and made out to Mr Arthur William Henry Washtell of 21 Campden Crescent, Dagenham. The document is dated 7th September 1951. The new television/radio set cost £84.5.0, but had a hire-purchase price of £90.3.0, which the hirer (Mr Washtell) agreed to pay in 12 monthly installments of £5.7.9 on the 7th day of each month. In an envelope that is stamped on the front in red with the detail of Mutual Insurance, a date stamp from London SW1 for 1-11-56, and a pre-paid stamp. The Marconi set was used by Arthur and his wife Elizabeth in their property at Campden Crescent, and their later home in Bentry Road, Dagenham. Used by the Washtell family until c1985.

Single sheet of foolscap paper, printed on both sides in black ink. Has blank spaces for the insertion of hand written details. These blank fields have been completed in blue biro. The reverse issues printed instructions to the hirer. In the top left corner is stapled 2 printed tokens giving information on the insurance of the object, and retaining the copy of the agreement as the hirer's copy. Signed in three separate places by the hirer, a representative of Bowmaker Limited, and a witness to the hirers signature. Has a perforated edge on the left hand side, where it has been removed from a copy book. 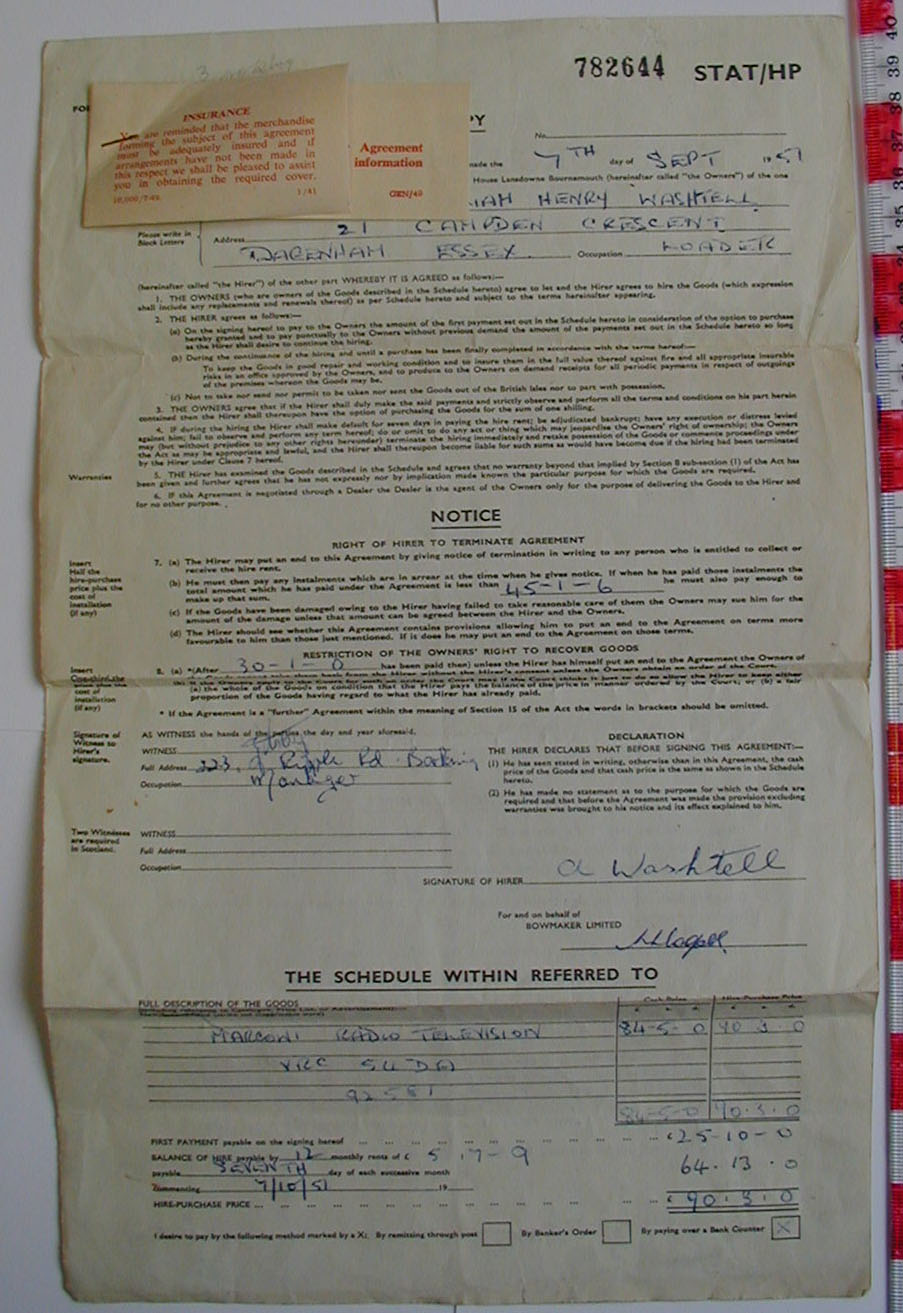 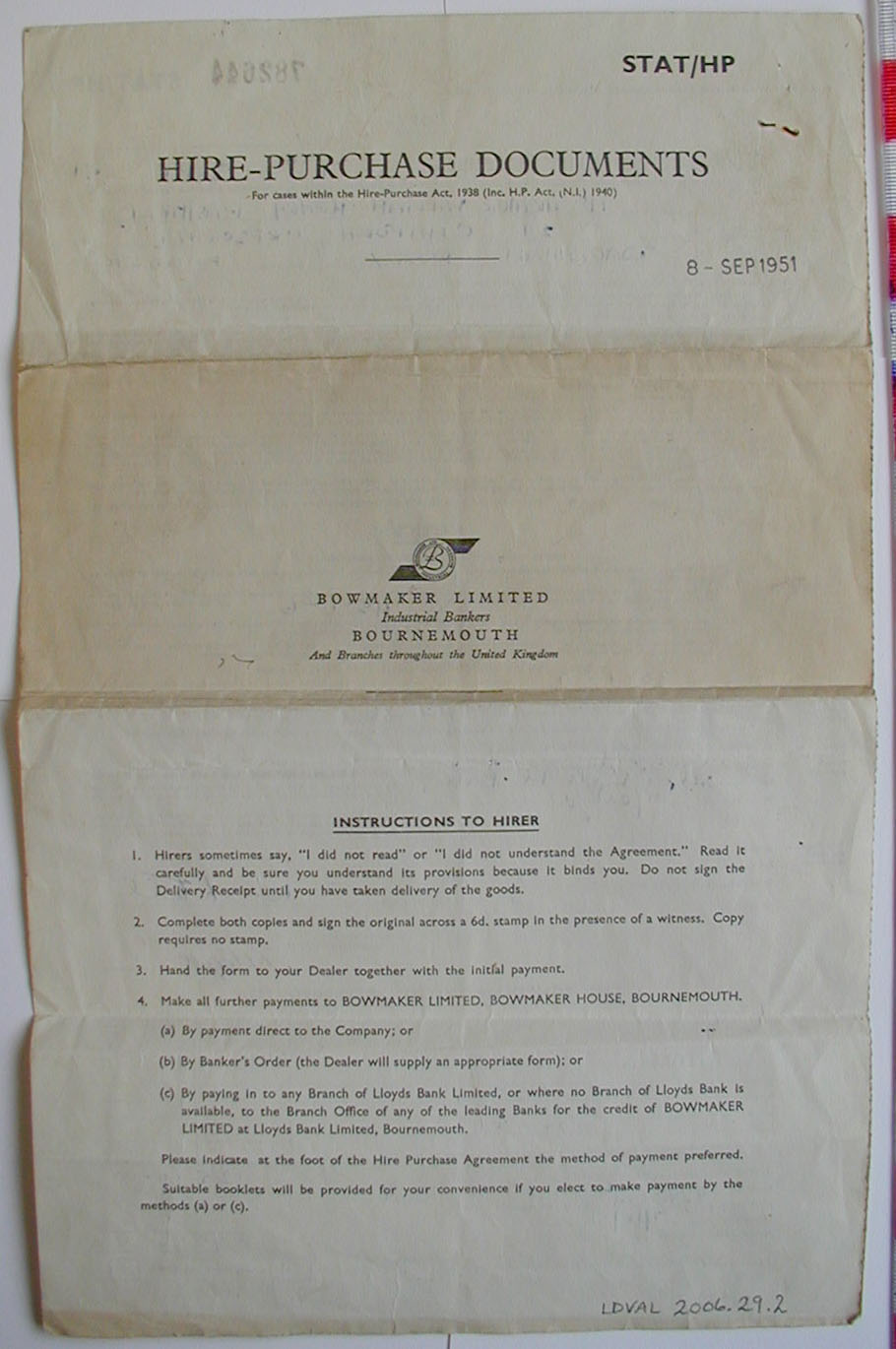