Inscription Written On front: London Borough of / Barking and Dagenham. / This testimonial is presented to / Mr / Stanley Watson Barker / by the Council of the London Borough of Barking / and Dagenham on the occasion of his / Retirement from the Office of Town Clerk. / Mr. Barkers local government service commenced / in 1940 when, after a period as a Solicitor in private / practice, he was appointed Assistant Solicitor with / Crewe Corporation, later becoming Deputy Town Clerk / of Crewe. In 1946 he came to the Borough of Barking / as Deputy Town Clerk and in 1964 on the reorgan- / isation of London Government he became Deputy / Town Clerk of the new London Borough. Later / he was invited by the Council to accept the / appointment of Town Clerk, an office he has held / with distinction since 1st May 1973. / The Council have pleasure in recording the / high esteem in which Mr. Barker is held. As an / appreciation of his valued services to the London / Borough of Barking and Dagenham over 33 years / they have accorded to him the honorary designation / of Emerittis Town Clerk of the Boroughs. They / earnestly hope he may enjoy very many years of / happy retirement. / Given under the Common Seal / of the Mayor and Burgesses of / the London Borough of Barking and / Dagenham this twenty-third day / of January 1980. / SIGNED L.A. Rollins MAYOR / D. Farr TOWN CLERK. 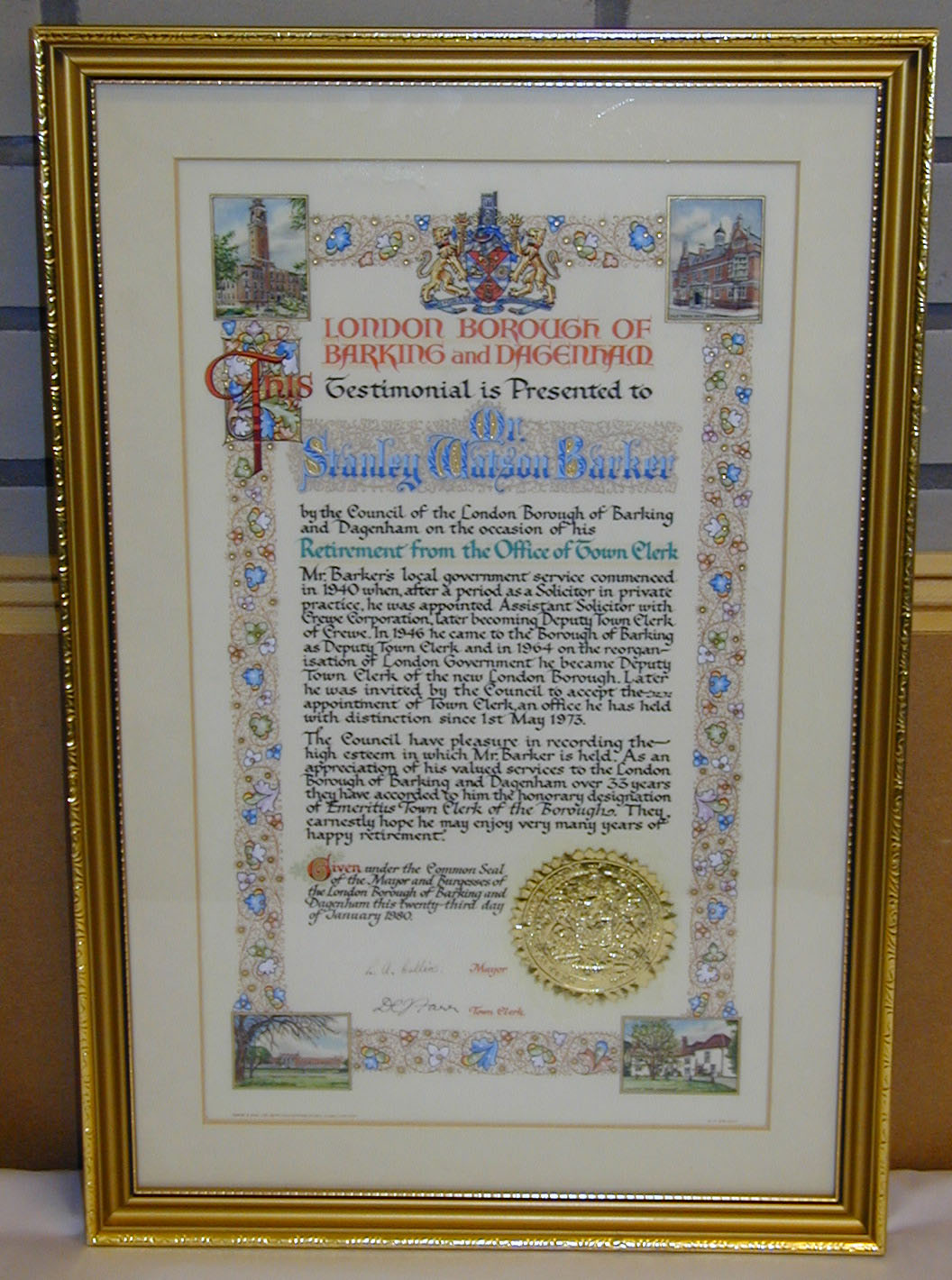