Printed book recounting the life of Jesus on his 2000 birthday. The book aswers the question ?who is Jesus??. Signed on the first page by George Cantuar [Carey, Archbishop of Canterbury]. George Leonard Carey, Baron Carey of Clifton was born on 13 November 1935) in the East End of London. He attended Bifrons Secondary Modern School, Barking, before leaving at the age of 15. He worked for the London Electricity Board as an office boy, before doing his National Service at 18 in the RAF as a Wireless Operator, during which he served in Iraq. He became a Christian at 17, when he attended church with his friends. During his National Service he decided to seek ordination and after his discharge he studied intensely, gaining 6 O-levels and 3 A-levels in 15 months, before attending King's College London. He graduated in 1962 with a Bachelor of Divinity degree and was ordained. He was enthroned as the 103rd Archbishop of Canterbury on 19 April 1991. He retired as Archibishop on 31 October 2002. George Carey was the first Archbishop of Canterbury to publish his memoirs, entitled ?Know the Truth?.

Paperback printed book with 55 pages. Printed throughout in black without pictures. Signed on the first page in black ink. 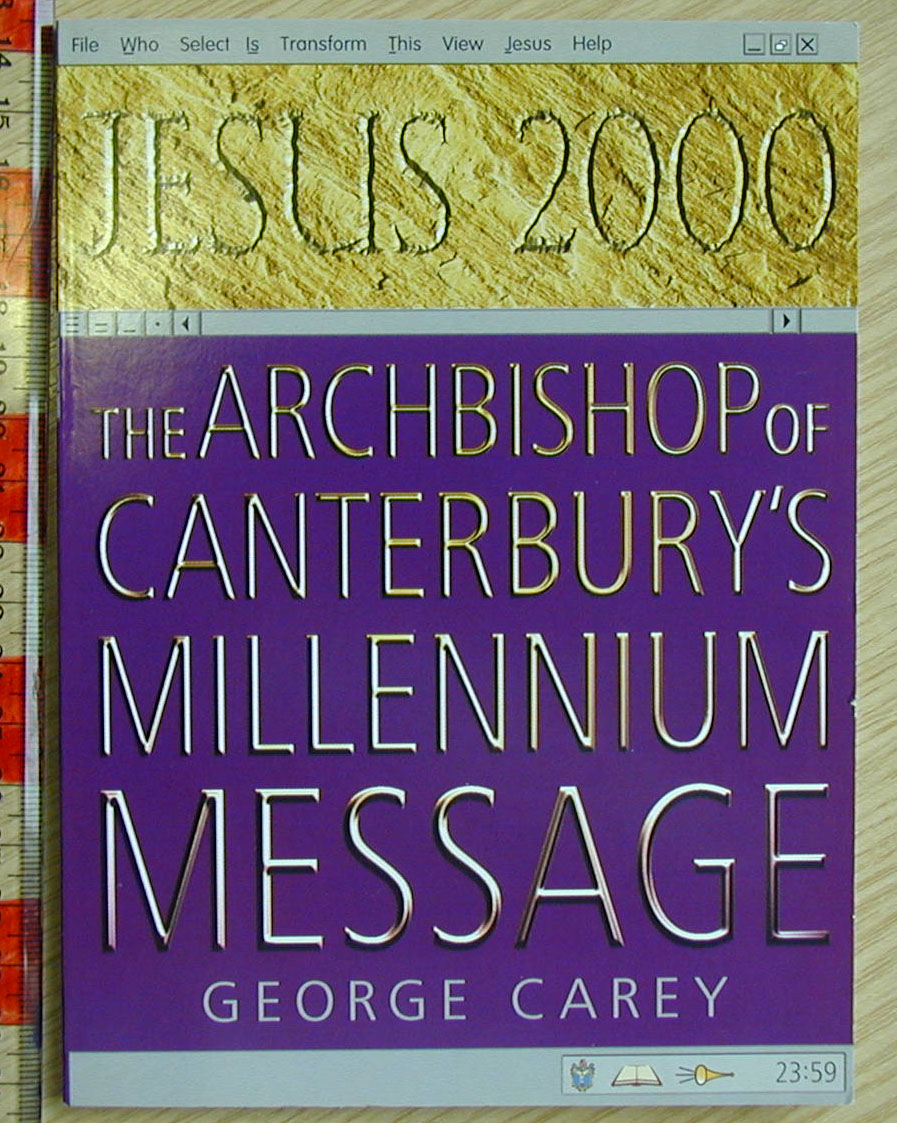