Born on 10th May 1620 John Fanshawe was the son of William Fanshawe (See no.45) and his wife Katherine Wolstenholme. He was 14 years old when his father died and he succeeded to Parsloes. He entered Trinity College, Oxford (a university at which he was the first Fanshawe undergraduate) in 1637/8. On 30th March 1639 he married Dorothea Kingsmill, with whom he had two children: William (1640-1708) and John (1644-1662). His second marriage was to his cousin Alice Fanshawe (See no.2) in 1659. Together they had two children: Susanna (1660-1661) and John (1662-1699). John became the Auditor of the Duchy of Lancaster. He compounded with the Parliamentary Government in 1646 and was fined for his services to the Royalist cause. He seems to have had a disagreement with his eldest son over his marriage to Mary Walter (See no. 46). He disapproved of her being a Roman Catholic. In his will he left Parsloes and his office to his youngest son. He died on 6th April 1689 and was buried at Barking on 15th April 1689.

Bust length portrait in a feigned (3D effect) oval frame. Shows a man wearing a black silk/satin draped gown. with a black doublet just visible at the neck. He a large, high falling band at his neck. He is wearing a large brown periwig. He is clean shaven. On a plain brown background. 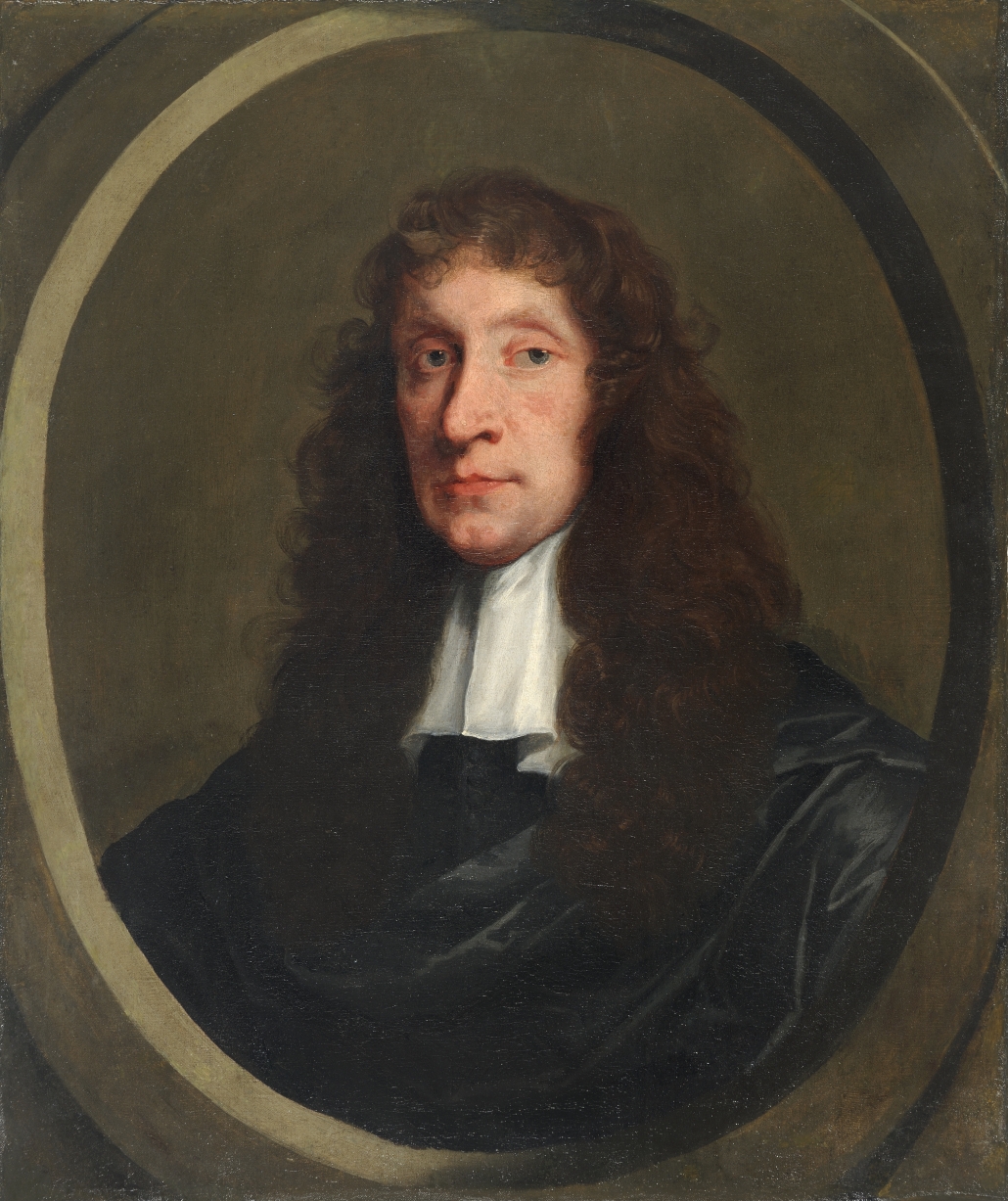