Metal trade-token to the value of 40/~ (shillings or pence?). Bears the name of John Wackett of Spitalfields. John Wackett (b. 1838) was a farmer from Dagenham who lived in Rose Lane Farm.
Spitalfields takes its name from the hospital and priory, St. Mary's Spittel that was founded in 1197. It was in a field next to the priory where the now famous market first started in the thirteenth century. After the Great Fire of London destroyed much of the city, King Charles II granted John Balch a Royal Charter that gave him the right to hold a market on Thursdays and Saturdays in or near Spital Square. As the area grew in popularity, Spitalfields became a parish in its own right in 1729 when Hawkesmoor's Christ Church was consecrated. For the next 200 years the market continued to blossom. Trading from a collection of sheds and stalls, doing its best to cope with London's growing population and appetite for fresh fruit and vegetables. As time went by, it became a centre for the sale of home grown produce, which was being traded there six days a week

Hexagonal metal trade token made from copper or brass. 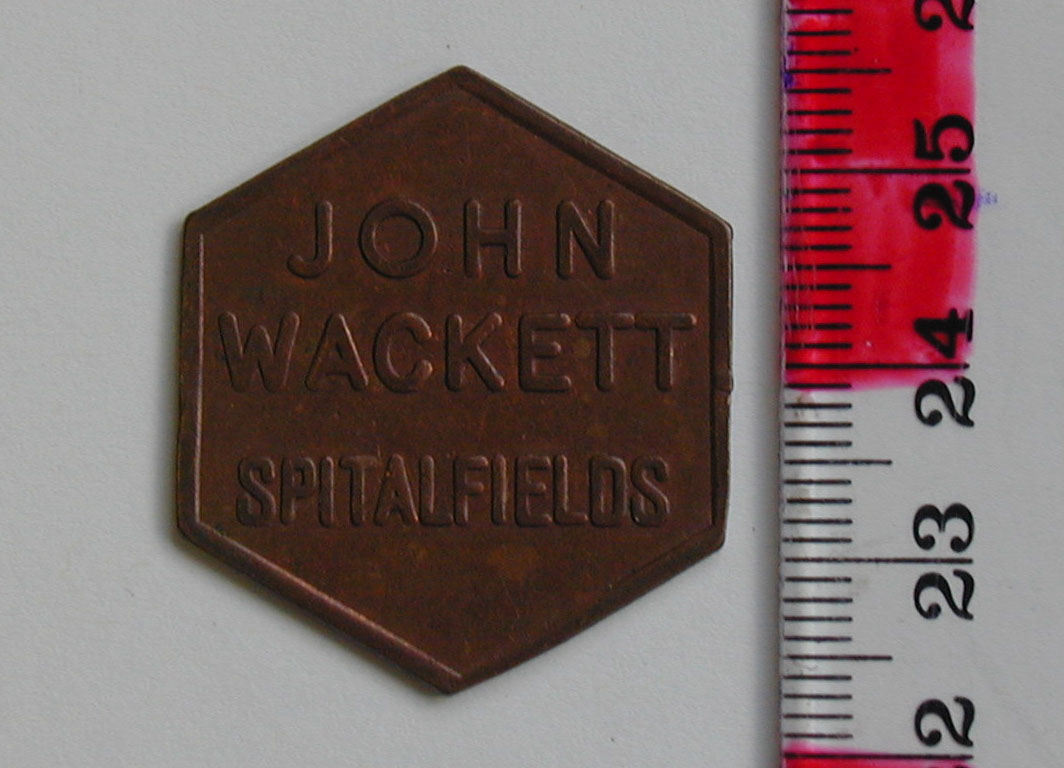 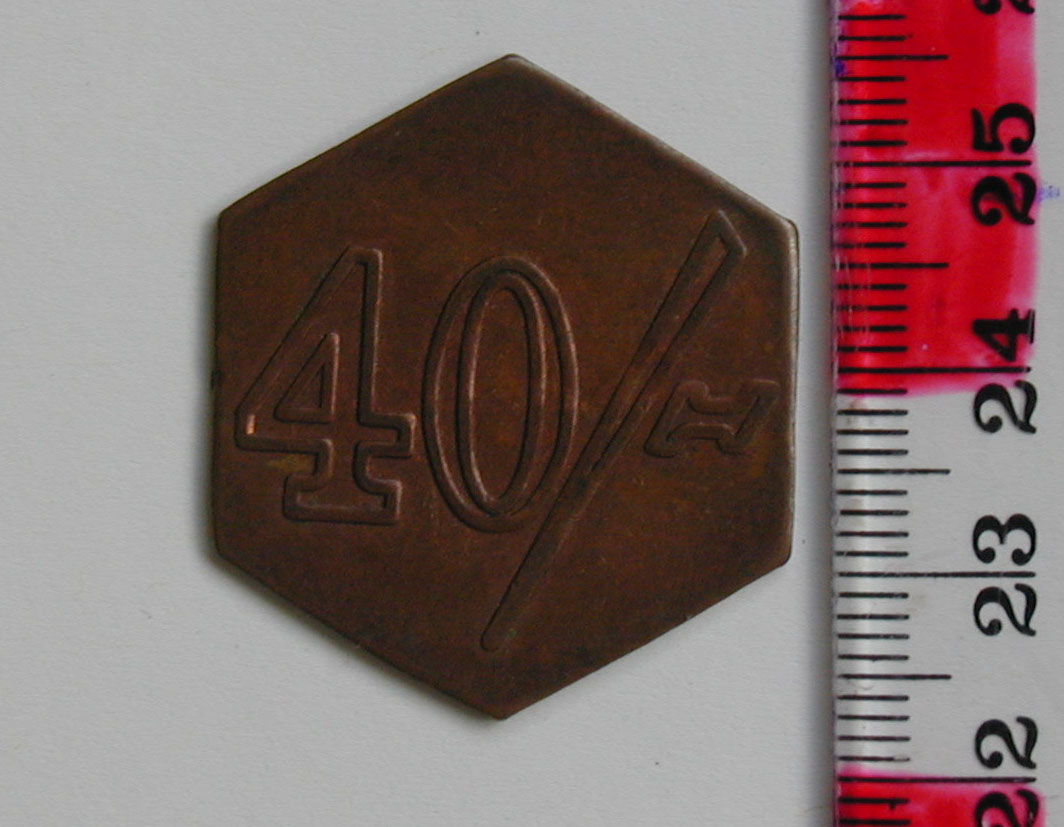