Decorated souvenir envelope produced to mark the 50th anniversary of operation Overlord. Envelope has a Special Operation Executive R.A.F. cover that has been signed by Tasker Watkins, V.C., who was one of the borough's WWII Victoria Cross medal winners. Inside envelope is a single printed sheet detailing the role of the Special Operations Executive in Overlord.Part of the JS50 series that was produced between 1989-1995 to commemorate major events of WWII.

Coloured decorated envelope showing a series of illustrations on the left. 1) "The first of the action messages was broadcast by the BBC at 21.15 hrs. 5 June": - a male news reader in a grey suit reading from notes into a hanging microphone marked BBC. 2) "Preparation being made for an attach on a communications target": - two men and one woman preparing a variety of items and listening to a wireless radio. 3) "Within a very short time 950 rail cuts were made & 180 German trains were derailed": - three German soldiers inspecting a derailed steam train. The right hand side of the envelope bears a military badge, a British Forces postal stamp over a 25p stamp, and text detailing the role of the RAF.

Inscription Printed On cover: Flown in Piper Aztec, G-BRAU from Biggin Hill directly to Caen and from there over the area in which the French Resistance operated so effectively during the night of June 5th-6th and sub- sequently. Then returned to the particular area of the Normandy landings overflying first Falaise, the Foret de Cericy, Sdy. Lo and Carenton and then on to Ste. Mere Eglise and back along the coast passing over Utah, Omaha, Gold, Juno and Sword beaches before landing at Le Touquet to clear Customs. Then returned to Biggin Hill via Lydd and West Malling. Captain: Squadron Leader Bill Webb Co-Pilot: Peter, Lord of Abbotts-Hay FRSH Observers: Lieutenant K. McDowall RNVR Flying Officer R. St. Clare Finch Robert W. Klapp IEC, Alexander I. M. Squire Total Flight Time: 2 hours 50 minutes
Signature Written On front above text: Tasker Watkins VC 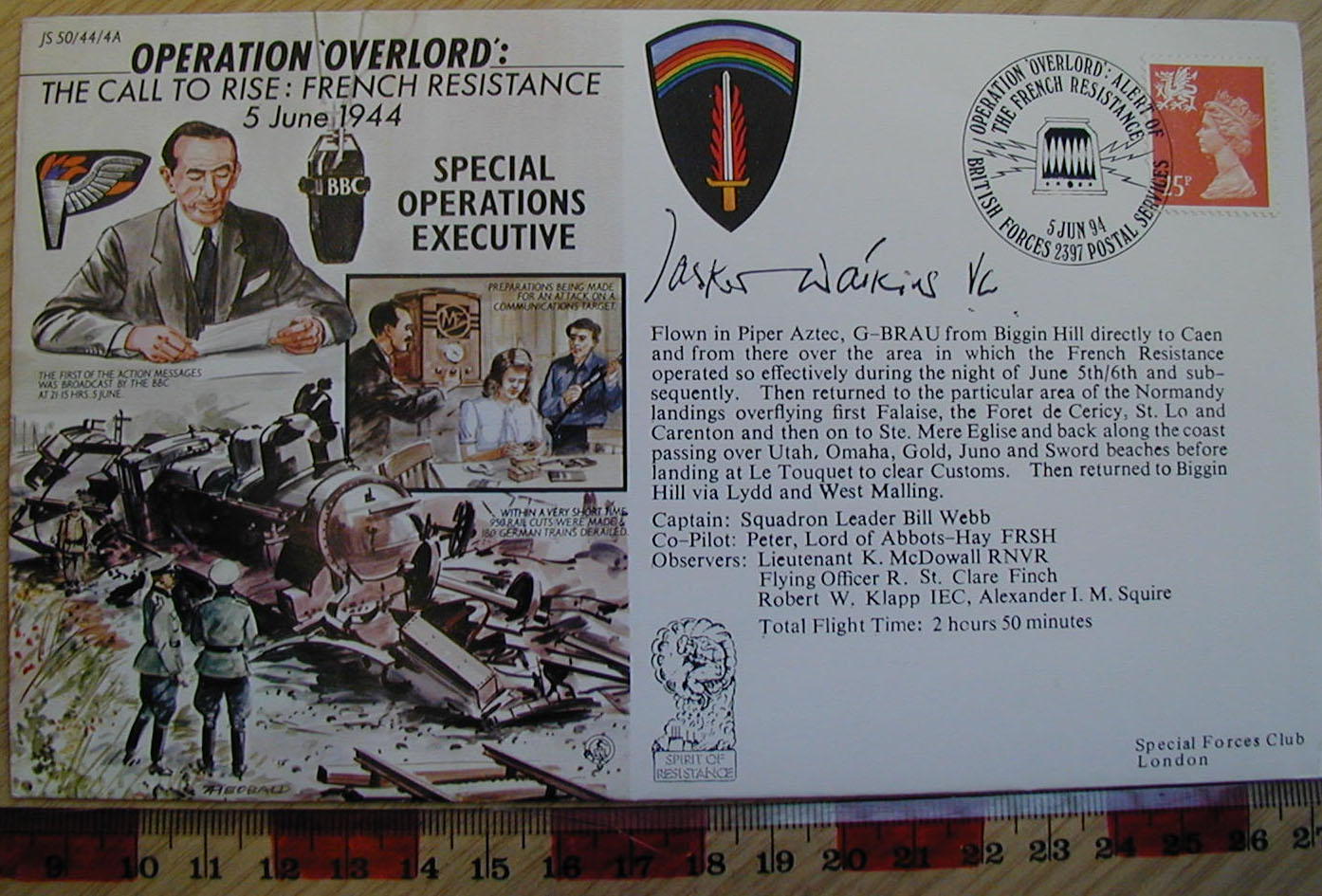 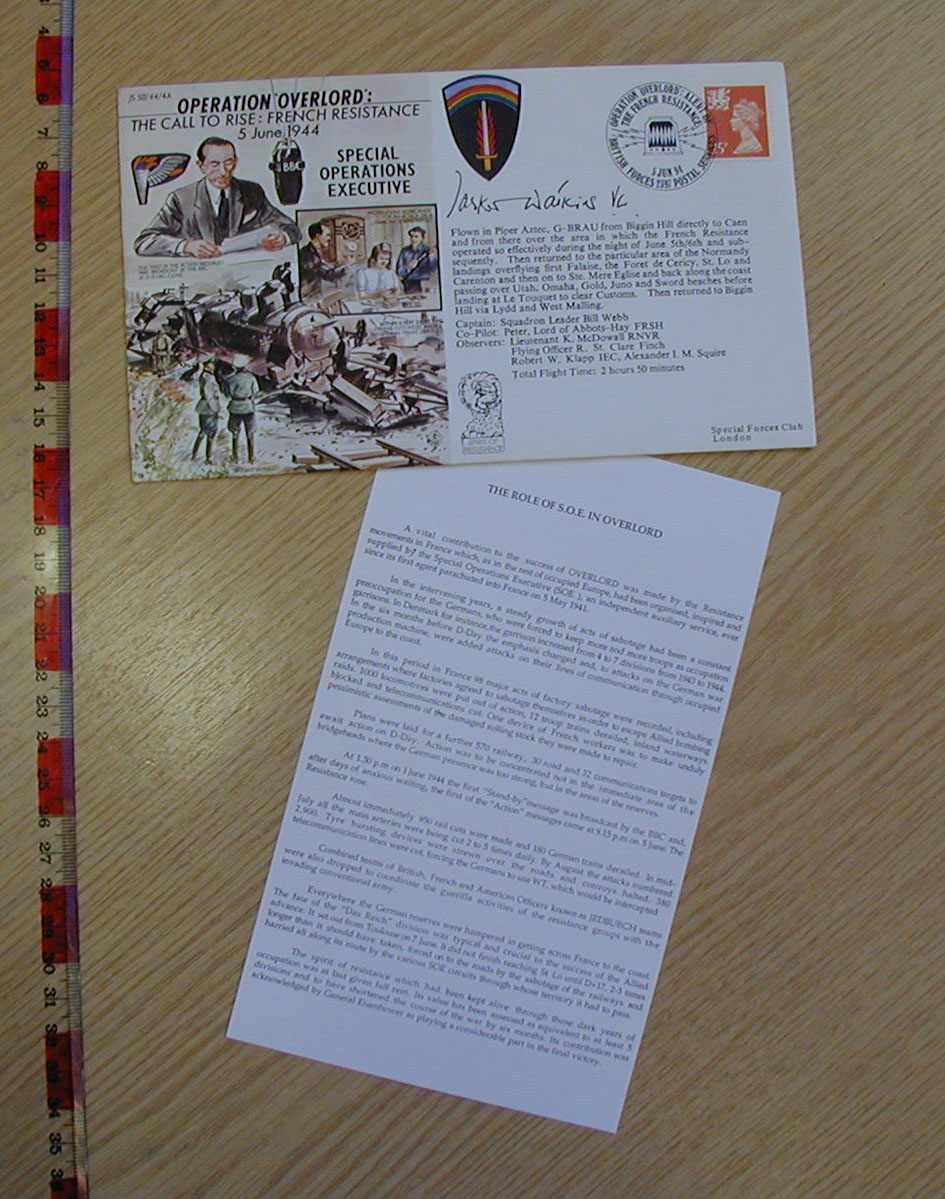