Programme for the London Electricity Sports and Social Association (L.E.S.S.A.) Barking Area tenth annual dinner and dance, 1975. Belonged to William John Mundy (decesaed), father of donor, who worked at Barking Power Station until its closure in 1981.

Folded sheet of paper inside cardboard covers. Printed on centre pages only. Front cover shows a white banner hung on a decorative gold horn. The banner is trimmed with pink tassels and has a pink printed dedication in the centre. A pink tasseled cord is draped along the length of the horn and hangs down either side of the banner. The horn is embossed in gold. The text on the centre pages is printed in maroon ink and details the event menu, the toast list and the dance programme. 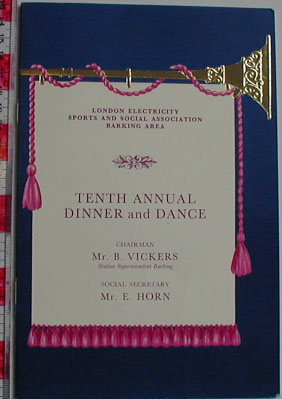 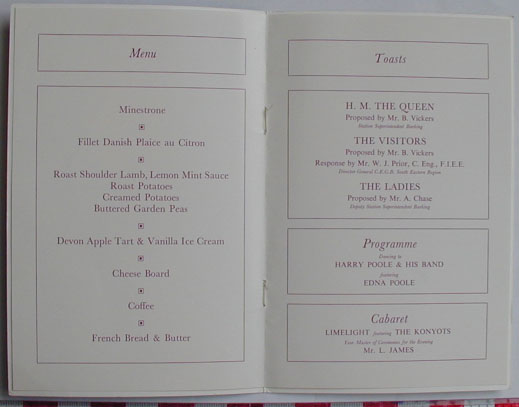 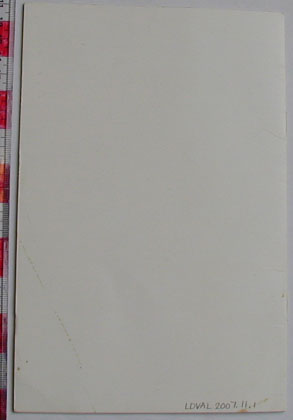