Programme for the London Electricity Sports and Social Association (L.E.S.S.A.) Barking Area seventh annual dinner and dance. Held at the Assembly Hall, Barking on 15th April 1972. Belonged to William John Mundy (deceased), father of depositor, who worked at Barking Power Station until its closure in 1981.

Single sheet of card folded in half. The front cover shows a scroll of old paper printed with the dedication in blue. A pink rose and bud lays diagonally across the top left of the scroll. Set on a pale blue background. The centre pages are printed in blue, and list the menu, the order of toasts and the dance programme. The back cover is blank except for the word ?autograph? in blue at centre top. 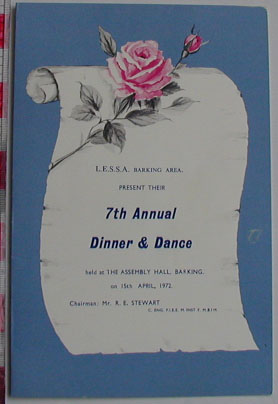 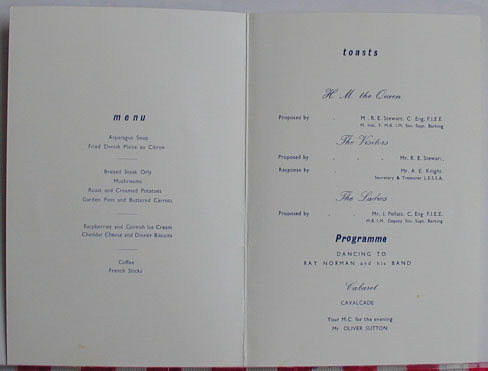 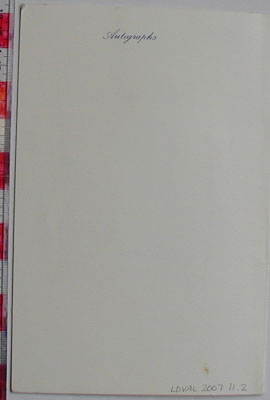