Letter dated 14 January 1980 to Mr Victor Wakeling from Captain J. Schreuder, Northern Ireland Forces. Captain Schreuder writes to thank Mr Wakeling for all of his work. For 12 years Mr Wakeling spent all his free time collecting books, games and puzzles to be sent to British troops in Brunei and Northern Ireland. He began in 1976 after his brother-in-law returned from a tour of duty with the Air Force and complained how short of books, playing cards, games etc, troops were while serving abroad.

Typescript letter on a single sheet of pale green A4 paper. The paper is headed with the Headquaters Northern Ireland British Forces Post Office logo. The salutation and signing-off are handwritten in black ink.

Inscription Typed On front: From: Captain J Schreuder Headquarters Northern Ireland British Forces Post Office 825 Tel: Lisburn 511 Ext 2324 30005A Mr V A Wakeling 25 Bradfield Drive Barking ESSEX IG11 9AW 14 January 1980 Dear Mr Wakeling May I, on behalf of the General Officer Commanding and All Ranks in Northern Ireland, thank you for your many gifts of books, jigsaws and games. These have provided our soldiers with many hours of pleasure and relaxation, and do much to relieve the boredom of spending off-duty time in often cramped and restricting conditions. As a small token of our appreciation for your support to our soldiers please accept the accompanying copy of the print “Ulster Impressions” with our deepest thanks. Yours sincerely [signature] 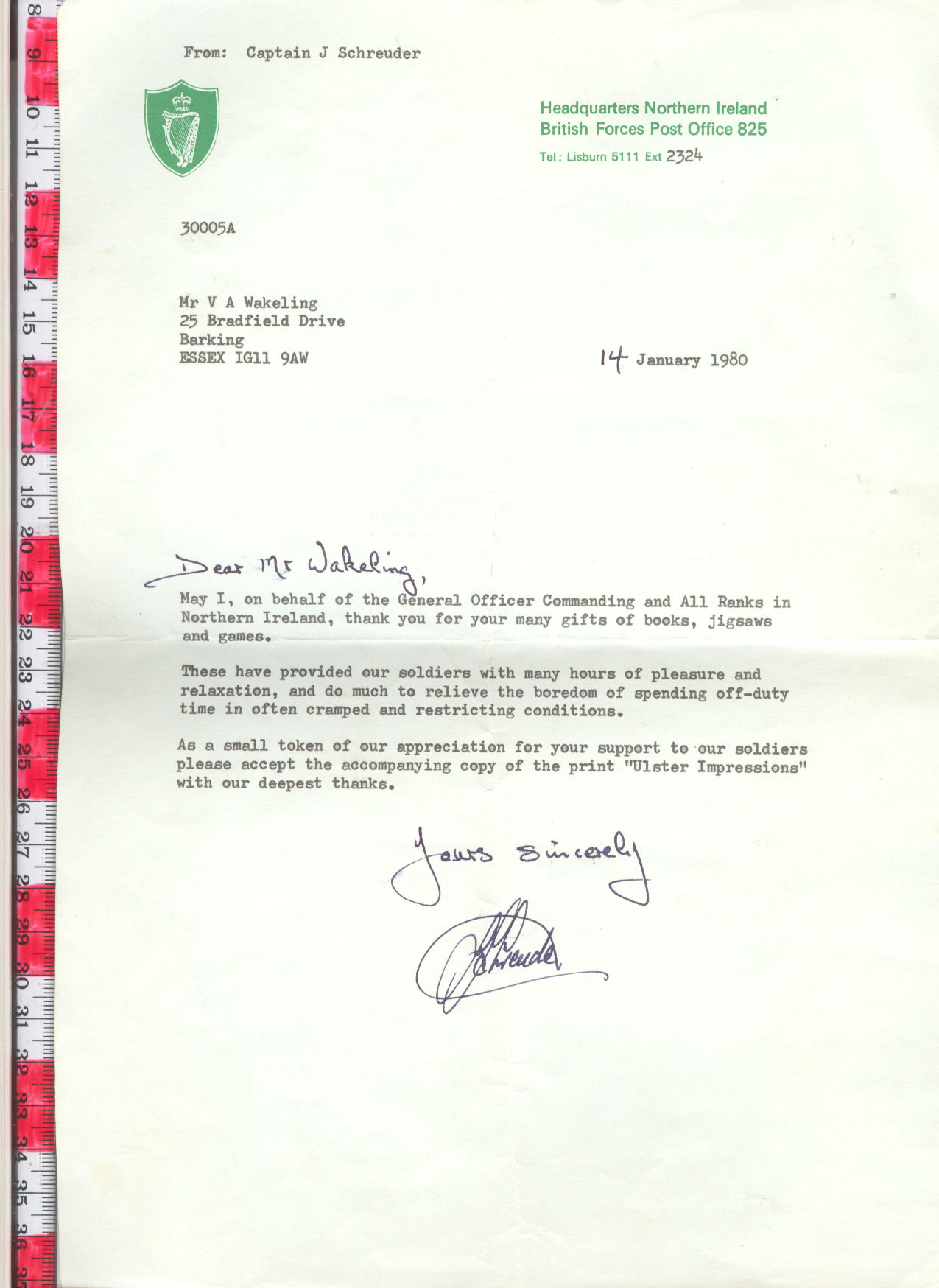